Above: AMRC Apprentice of the Year Leigh Worsdale, who works for for Foxwood Diesel in Chesterfield, won a trip to the Boeing factory in Washington, Seattle
[title size=”4″]Across its total footprint including its new facilities outside Rotherham, the Advanced Manufacturing Centre with Boeing employs about 1,000 apprentices and its main training centre now trains people for more than 250 SMEs across the region. Dr Kerry Thompson, Director, The AMRC Training Centre, also discusses the impact of the Apprenticeship Levy.[/title]
This has been another great year for the AMRC Centre
Our role in training the young engineers of the future is at the heart of transforming the skills base for the Sheffield City Region: a region with an international reputation as the go-to-place for advanced manufacturing with the likes of McLaren and Boeing securing multi-million-pound investments in production plants in 2017.
This year has seen the AMRC Training Centre both expand and extend the range of apprenticeships we offer. The Centre has been a trailblazer in establishing full degree apprenticeships, which combine real world, on-the-job training, with high quality teaching from leading academics at the University of Sheffield’s Faculty of Engineering and research engineers from the AMRC, who can bring the foresight of emerging technologies that industry are exploring into the programme (delivered at the Training Centre).
Some 26 ambitious learners are now on our degree apprenticeship course and the feedback from the learners and their employers has been very encouraging. One notable bonus of the degree apprenticeship has been a subtle change in attitude among schools. Where some schools have had a blind spot about recommending apprenticeships in the past, the opening of the degree pathway is leading to a much more positive response from sixth forms across the region.

Another benefit from the degree apprenticeship has been the increased interest shown by female students. While it is too early to say why this should be, our early impression is that more and more young women are seeing this kind of degree as an
attractive career option; developing practical skills while in employment, earning and learning at the same time.
The quality of our degree apprenticeships is such that it is now attracting industrial partners from outside the region, including companies from the Midlands’ automotive sector who understand the added value of a degree apprenticeship linked to a leading Russell Group institution.
Workforce development does not stop at degree level. Our post-graduate engineering standard, which is breaking new ground, gives employers the opportunity to take graduates who may never have been out of university and get them onto the shop floor to train and develop them for more challenging managerial and leadership roles. This versatility is one of the great merits of the new levy – more of which below – which allows employers to target training where it has most impact.
In our engagement with employers, we are helping them understand that the levy can also help them develop the leaders of future. In partnership with the University of Sheffield’s internationally renowned Management School, we will be offering degree apprenticeships in management in 2018.
This will provide progression opportunities across different levels of management; from Level 3 which is aimed at first line leaders, through to higher levels where advanced business improvement and lean methods are more fully explored
and embedded.

As hinted at above, 2017 has been a year of change in the apprenticeship landscape at policy level. It is now nine months since the Government introduced the employers’ levy with the ambitious goal of creating 3 million new apprentices by 2020.
Although there was some uncertainty among employers before its launch in April, the Training Centre overcame that risk by working closely with industry to ensure they were able to maximise the benefits by upskilling their existing workforce, along with training new recruits.

So, instead of seeing a drop in numbers as had been talked about nationally, the AMRC Training Centre has seen a higher number of people come through, so our numbers have ramped up with 216 apprentices starting in September which is the highest number since we opened our doors in 2013.
[title size=”2″]250 SMEs use Training Centre[/title]
We are incredibly proud that we now have more than 250 smaller and medium sized manufacturers from across the region willing to invest in the training and development of apprentices with the AMRC Training Centre. We see these companies as the engine room of the regional economy. Often, the most innovative ideas come from these SMEs. And, in some cases, it is our apprentices who provide those innovations and insights.
We have just supported the UK’s biggest producer of Wheelie bins in nominating one their AMRC trained apprentices for a prestigious national award. Oliver Marsh has used lean methods to improve a key printing process that has significantly improved productivity and is estimated to have saved the company in excess of £150,000 already.
This year’s Apprentice of the Year was not a young man, but a young woman: Leigh Worsdale. She works as an apprentice Heavy Duty Diesel Engine Builder for Foxwood Diesel in Chesterfield, and was awarded a trip to Boeing’s factory in Washington State, outside Seattle to see first-hand how the company designs, tests and builds its 737 aircraft.
Since then she has become an incredible ambassador for the AMRC Training Centre and an inspiration for young women to take up engineering as a career option. Leigh who builds big engines – ‘they normally take two or three days to build’ – felt it was great to be at the AMRC and meet so many other young people with the same interests. ‘Learning about the mechanical and the technical side all in one has really improved my ability,’ she said. Often on regional television and a sought after commentator around the time of A Levels, Leigh is a real apprenticeship champion.
Along with the levy, another key change this year has been the government reform of apprenticeships, with the current system of ‘frameworks’ is being replaced by ‘standards’. The standards are two-page documents listing the skills, knowledge and behaviours needed for being competent in your role. We are now adopting some of these standards but are consulting closely with our industry partners to ensure that what we deliver is fit for purpose.
And this is the key. Our Industry Board ensures we remain focused on the needs of the region’s manufacturing community. It is also a forum through which we can transfer knowledge about the often fast changing apprenticeship landscape to our industry partners. This two-way process ensures we are delivering the right quality of apprentice to industry at the right time. UK MR 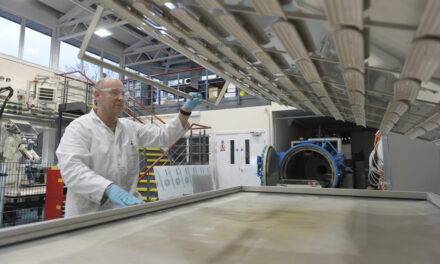 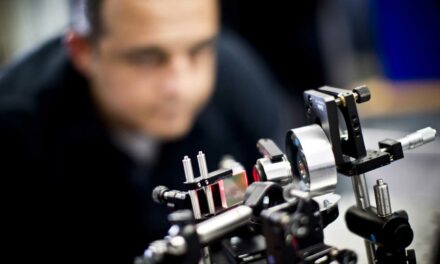