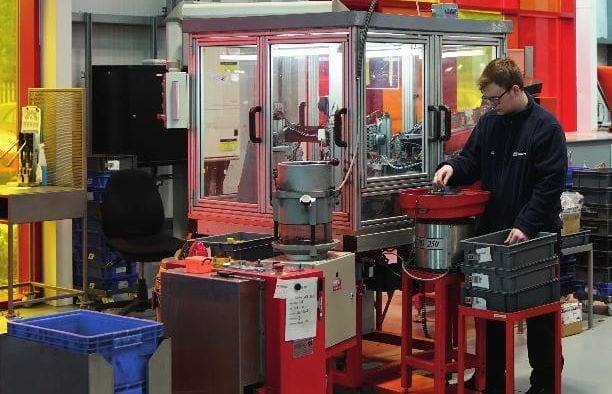 Gripple is the market-leading manufacturer of wire joiners and tensioners for the agriculture and viticulture market, and wire rope suspension solutions for the construction market.

Proudly manufacturing in Sheffield, UK, Gripple is a global company, with 87% of its business exported to 3,900 customers across 85 countries overseas.

The business is founded on the principle of challenging convention. Today, Gripple is globally recognised for its
commitment to innovation, outstanding quality and service, and investment in people.

The key to the business’ success is its enduring commitment to constant evolution, driven by new ideas. Gripple works closely with its customers to develop solutions which solve problems and simplify diffi cult jobs. A culture of problem
solving is engrained in the organisation and as a 100% employee owned business, Gripple’s people have a voice and drive positive change across all areas of the organisation, every day.

Since initial beginnings in 1989, Gripple will celebrate its 30th birthday this year, and has grown to employ 700 people at ten sites around the world. 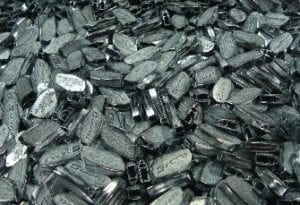 A pile of Gripple Hangers, one of the patented products this company is built upon

The business was founded by Hugh Facey, when a conversation with a Welsh farmer sparked an idea; to develop a time-saving wire tensioning solution which ‘grips’ and ‘pulls’ fencing wire. The product was ingenious in that it removed the need for farmers to tie and knot fencing
wires together. Various revisions have produced what’s now called ‘Gripple Plus’; a global market leading product within agriculture and fruit
growing markets, recognised by farmers and fruit growers as a solution which is five times faster to install than traditional methods.

Building on success is key to Gripple’s persistent evolution and the next step change development for the business came in 1997 when the product was adapted for construction markets. Developing kits which included Gripple fasteners as a suspension solution for building services, the solution represented an innovative, time saving alternative to traditional threaded rod methods, delivering significant labour savings and health and safety benefits for contractors, while also generating substantial carbon efficiencies.

Since launch, construction is now a £60 m business for Gripple and its largest market, with showcase projects including the Swiss Tower
(the ‘Gherkin’) in London, Microsoft HQ in Paris, and the Yankees stadium in New York. With initial roots laid in the industrial heartland of Sheffield, Gripple now boasts four sites in ‘The Steel City’, with the HQ, The Old West Gun Works officially opened by HRH the Prince of Wales, in 1994. Alongside these, the business has impressive bases in Obernai, Chicago, New Delhi, Warsaw, Toronto and Kobe.

The business recently sold its 700 millionth unit and surpassed £78 million sales for the first time in its history in 2018. Such growth comes with heady increases in production, which have seen the opening of bases in Poland and Canada, adding to Gripple’s already considerable footprint across Europe & NorthAmerica. Alongside new spaces, Gripple has reinvigorated its Riverside production site in Sheffield, a stunning refurb project which has doubled the size of the factory, and showcases a number of ‘green’ initiatives – a ‘living’ wall and river-sourced heat pumps. 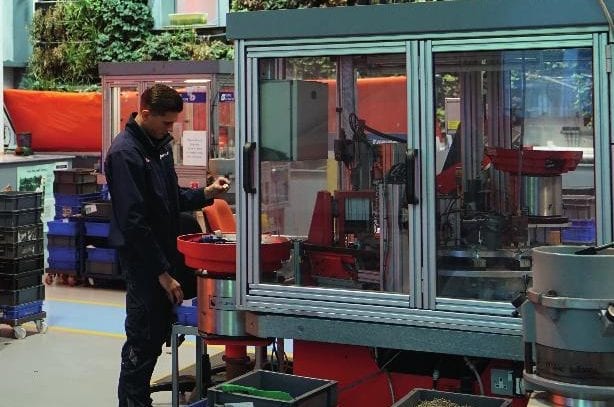 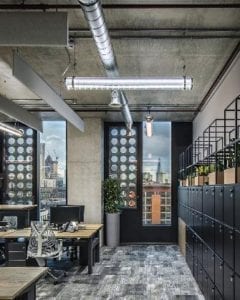 Gripple’s success is attributed to its employee ownership model and the engagement enjoyed with its people, pioneered by founding Chairman Hugh Facey, recently in the spotlight on BBC’s ‘The One Show’. Facey and Vice Chairman, Roger Hall established GLIDE (Growth Led Innovation Driven Employee Owned Company), the employee company set up to represent the interests of its shareholders, preserve the culture of the business and drive growth and innovations for years to come. In setting up GLIDE, Facey & Hall committed to gifting their own shares back to the company, a stunning gesture which will see GLIDE receive £2.7 million in donations.

Having evolved substantially since 2011, GLIDE now has 5 member businesses – all key parts of Gripple’s supply chain as well as reputable businesses in their own right – and a board of over 30 representatives from member businesses, which drives business leaders to ensure they continue to grow the businesses in line with its custodian charter. Well-being & development of its members remains at the centre of Gripple’s vision and the business recently  broke new ground in 2017 with the introduction of a dedicated training academy and social space, including a bar, catering facility, and a gym on its own premises in Sheffield.