Above: Xtrac’s new manufacturing extension was officially opened by the Prime Minister in November 2018.

THE COMBINED LONDON AND SOUTH EAST REGION REMAINS BY FAR THE UK’S BIGGEST, IN TERMS OF TOTAL OUTPUT. IT IS ALSO THE LARGEST MANUFACTURING REGIONAL ECONOMY, ALTHOUGH THE ACTUAL PROPORTION OF ITS TOTAL GDP REPRESENTED BY MANUFACTURING OUTPUT IS THE SMALLEST IN THE UK, WHICH REFLECTS THE DOMINANCE OF THE SERVICE SECTOR.

The largest manufacturing sectors are food & drink, transport and metals. The region’s strong activity in recent times has been underpinned by the large number of manufacturers who serve the domestic and consumer-orientated food and drink sector. The unwavering demand for food and drinks products means has provided a solid footing for the region’s outlook, despite recent difficulties.

“Despite the tumultuous times, UK food and drink exports continue to grow,” says Ian Wright CBE, chief executive, Food and Drink Federation. “However, it is clear that businesses must work ever harder to deliver. Access to high quality market insight, advice and practical support is increasingly vital for success, which is why the FDF is seeking collaboration with DEFRA, BEIS and DIT. We believe that, together, we can deliver ambitious new methods of export support, which will give us the tools to take on our rivals in the highly competitive global food marketplace.”

There were 32,190 manufacturing enterprises in the region in 2017, up two per cent from the previous year. It has seen a modest growth in manufacturing employment since the start of the decade; the latest figure of 431,000 manufacturing jobs is up just over three per cent since 2010. The south east is very important when it comes to exporting, with particular strength in sectors such as aerospace, space technologies and automotive, which are all strongly export-led. London and the South East together account for nearly a quarter of all UK exports (including services) and are also among the most productive regions in the UK.

“Over the past five years the South East and London has consistently been one of the best performing UK regions, outperforming the UK average in all key indicators regularly,” Lee Hopley, chief economist, EEF, says. “The past 12 months has seen a continuation of this trend, with the region recording the highest average output and order balance across the UK and backing this up with solid recruitment activity. Investment intentions, however, while positive are not as strong as one would expect, given the strength in activity.”

This has been built on over the past year by the positive global environment, with the region’s second largest sector, “other transport”, and the export-focused aerospace sector, excelling on the back of strong global demand and a supportive, but volatile currency.

A highlight of any year is the bi-annual Farnborough International Airshow. 2018’s edition was a huge success, with $192bn in deals being announced, up by $67.5bn on 2016. Going into the show, the industry ‘backlog’ was at a record high, with in excess of 14,000 aircraft on the books.

“The major deals announced this week demonstrate how confident the aerospace industry is and the role of Farnborough as an economic barometer.” Farnborough International Chief Executive, Gareth Rogers, said. This dynamic will have also boosted the predominantly outward-looking metal and electronics sectors over the last year.

“These positive trends, both at home and abroad, mean manufacturers’ average confidence was the secondhighest of any region and this is likely to have prompted increased hiring,” Hopley adds. However, despite a strong 2018, uncertainty in the year ahead remains at the forefront of manufacturers’ minds and is holding back some investment. 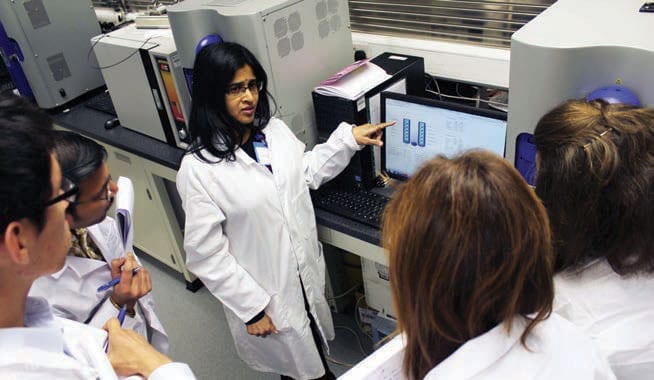 London-based Surface Measurement Systems develops and engineers innovative experimental techniques and instrumentation for physico-chemical characterisation of complex solids. It is the world leader in Dynamic Vapor Sorption (DVS) technology and Inverse Gas Chromatography instrumentation and solutions, providing professional world-class scientific and technical support for our international customers. The company was established in 1993, is headquartered in the United Kingdom and has offices in the USA and Germany and, since 2018, in India. Managing director Professor Daryl Williams takes up the explanation.

“Why do Rice Krispies lose their pop, why do sweets become sticky, why do powders lump together in their packets?” he asks. “In short, they sorb water vapour from the air surrounding them.” Surface Measurement Systems makes scientific instruments that measure the moisture content of solids including foods, pharmaceuticals, cosmetics, biomaterials, paper and hair.

“We invented the industrial standard technique called Dynamic Vapour Sorption, a technology that is now used by thousands of laboratories throughout the world, including all 20 of the world’s largest pharmaceutical companies,” Williams adds. “By carefully controlling, measuring and analysing the interaction of moisture and other vapours with solid samples such as powders, fibres and films, we can help solve problems in research and development, such as stability studies and drying performance, through to material manufacture and quality control.”

Williams says that the company’s success is founded on scientific and product innovation, along with close collaboration with customers and, of course, the scientific expertise and technical knowledge of its staff.

“We have strong research and development links with hundreds of companies, including major organisations such as GSK, Pfizer and Astra-Zeneca, Google X, IBM and NASA.,” he says. “We are the invisible heart of an innovation cascade that reaches consumer products in sectors as diverse as computers, hair shampoos, foods and the drugs they take.”

A key challenge for any company delivering new technological solutions is getting the message out. Surface Measurement Systems invests time making presentations at specialist and trade conferences, in the UK, Europe and across the world. The business has been organically growing at about 15% per annum, with strong growth in the USA and China, and it has recently opened a new office in India.

“Our R&D team has another two new instruments in development and I would expect us to release a new product in the latter part of 2019. We will continue to grow and maintain our technological leadership in the global sorption instrument market,” Williams concludes. 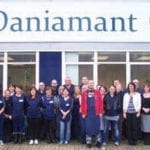 Daniamant’s employees at its Portsmouth base produces survivor location lights for the marine, military, civil and aviation markets 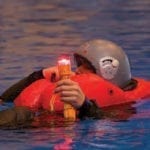 Portsmouth based Daniamant, the UK operation of the Danish-headquartered company, produces survivor location lights for the marine, military, civil and aviation markets. It employs just 37 people, operates from an 11,000 sq ft site and, despite a drop in UK defence sales and significant price pressure from the Far East, it continues to innovate and bring new products to market.

“UK companies can be and still are competitive when it comes to manufacturing,” said CEO Kevin Rough. “Our continued success demonstrates that a small company from Portsmouth can innovate and export and be recognised alongside the BAE and Jaguars of the world. It shows what talent we have here in the South and in the UK and is the key to growing this country’s exports.” Daniamant was the recipient of a Queens Award for Innovation in 2014 for a lifebuoy light range designed to penetrate the European and USA markets and open up a niche in the offshore sector. In November 2018, at the prestigious EEF Future Manufacturing Awards, the company received further recognition as runner up for the Innovation Award and was highly commended for the Business Growth Award.

But it has not all been plain sailing. With falling UK and military business Dianamant has had to actively target export markets through distribution and partners, simply in order to survive. In 2006, its export business represented 32% of its £3.6m turnover, in 2017 its export business had grown to 73% of its £5m turnover. This growth has been achieved while prices have fallen by over 50% in the same period.

According to Rough, forging strong long-term relationships and partnerships is key to this success. Brexit has had an impact on increasing raw material costs, and revenue at a group level has been reduced due to the reduction in Danish Krona terms of UK sales. Along with increased personnel costs, the company is being driven to find more efficient ways to produce, to automate or design out older techniques and design in new innovative methods to keep costs low and waste to a minimum.

MORE WIND FOR ISLE OF WIGHT 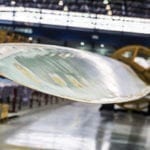 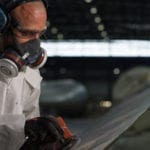 MHIVestas has strengthened its position in the UK’s offshore wind energy market with significant investment and refocus of its operations on the Isle of Wight.

“Our facilities on the Isle of Wight are an important part of our global footprint and the relocation of some of our activities on the island to make way for future offshore wind expansion underlines our long-term commitment to the community and to the growth of the UK wind energy sector,” said John Rimmer, Vestas Technology UK Managing Director. “With Vestas moving its blade, bearing and material testing to St. Cross in September, we are now considering how MHI Vestas can take full advantage of the West Medina Mills facility for offshore blade production.” The following month, the company launched a campaign to hire new staff. James Luter, production director for MHI Vestas Blades UK, said that the recruitment campaign marked the start of an ambitious programme to increase the capacity of its blade production facility at West Medina Mills. The process will see the factory become the world’s largest serial-producer of wind turbine blades.

Expansion plans at MHI Vestas include the procurement of a second mould for blade manufacture, which is subsequent to submission of an application for partial funding of the procurement. The arrival of the mould signals a milestone in the company’s manufacturing expansion efforts, which promises to add new jobs and added economic benefit to the Solent region, once it is fully operational.

An economic impact analysis conducted by BVG Associates has concluded that, in addition to the 380 new direct jobs at the Isle of Wight blade factory and paint and logistics facility at Fawley, a further 720 indirect and induced jobs will be created. The same analysis concluded that the total economic impact would be £42 million additional value-add per year to the regional economy when the second mould is fully operational. 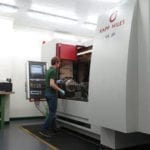 Berkshire-based Xtrac designs and manufactures high-performance transmission systems and driveline components for virtually all the world’s top motorsport teams, including many of the major factory entrants, and high-performance automotive applications including hybrid and electric vehicles. In 2017 the company was subject to a successful buyout by UK-based Inflexion Private Equity, which now holds 62% of the shares, with 38% continuing to be held by the senior management team and the Employee Benefit Trust. Its equipment includes a Kapp Niles VX 59 universal gear grinding machine.

Xtrac today employs over 350 highly qualified staff, including 47 who have been trained through the company’s award-winning apprentice and undergraduate schemes. Its new manufacturing extension was officially opened by Prime Minister Theresa May in November 2018, prior to the company co-hosting a Festival of Engineering, involving budding engineers from schools across West Berkshire and North West Hampshire. 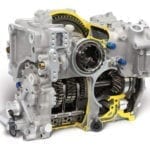 Xtrac designs and manufactures this IndyCar gearbox, plus high-performance transmission systems and driveline components for virtually all the world’s top motorsport teams.

Peter Digby, president of Xtrac, is a former apprentice himself. Following the Prime Minister’s visit, the company co-hosted 400 secondary school students from West Berkshire and North West Hampshire as part of the government’s industrial strategy 2018 Year of Engineering initiative. The Festival of Engineering was co-hosted by local Members of Parliament Richard Benyon (Newbury) and Kit Malthouse, from the neighbouring North West Hampshire constituency. The festival, for school students aged 12 to 14 years, was planned and delivered by the Education Business Partnership (EBP), a charity based in Newbury.