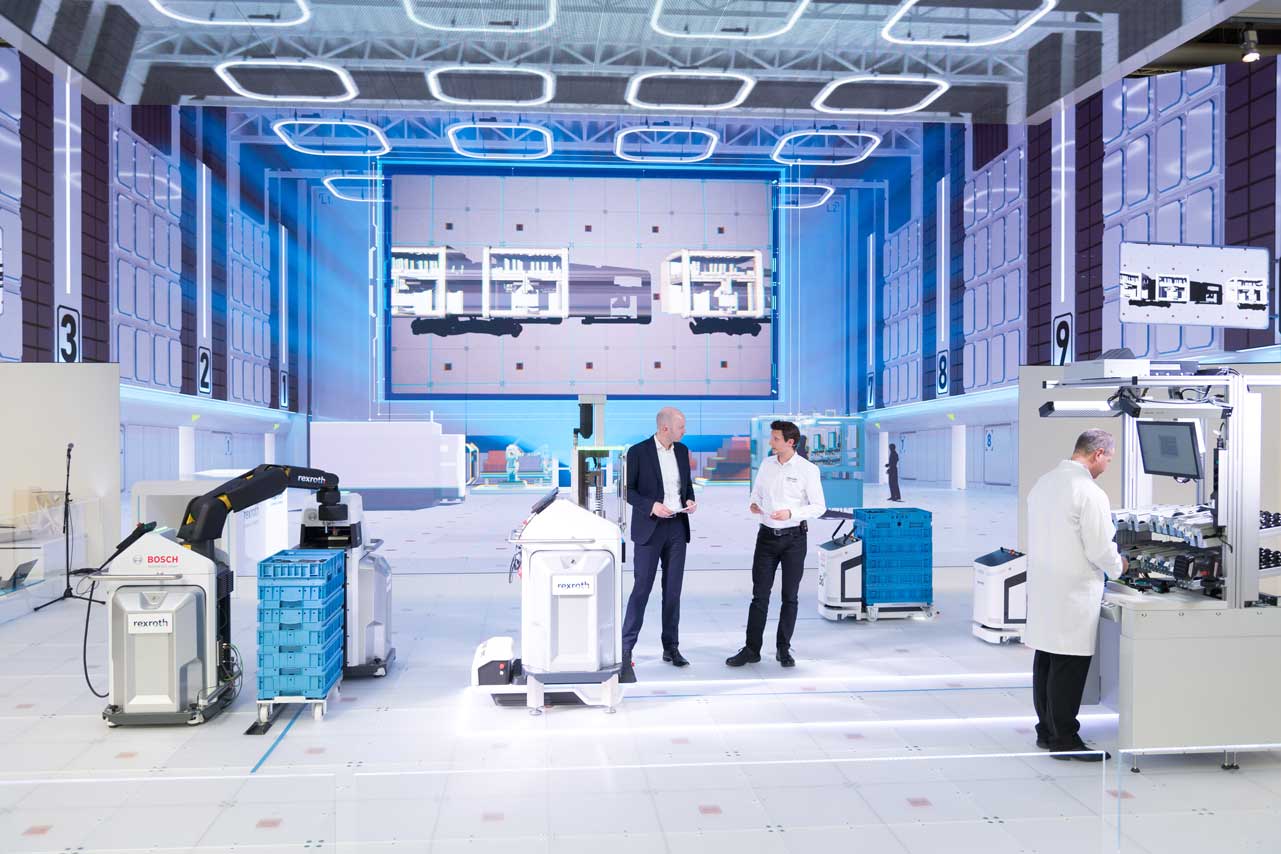 The combined London and South-East region has seen some extreme changes in its business profile, as rising land values have driven out manufacturing in favour of a service economy. The rise of high vale food and drink production, electronics and other highly skilled jobs may turn this tide.

The last few years have seen stratospheric rises in land and property costs in the region and have forced many traditional manufacturing companies to relocate outside Greater London, generally marked by the M25 orbital highway. The change in the make-up of manufacturing, the move from heavy engineering, furniture, other household goods and food production, to ‘high-tech’ enterprises in both soft- and hardware have led to the region being on the brink of becoming the country’s biggest manufacturing region. This would mean that London and the South-East would overtake the North- West and continue its rise above Britain’s traditional industrial heartlands of the Midlands, East Anglia and Yorkshire. 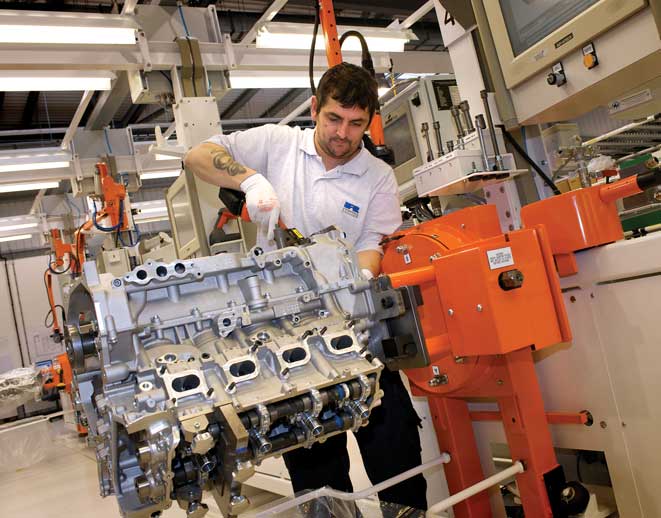 The auto sector is strongly represented in the South-East, with OEMs like Mini and specialist manufacturers like Ricardo

From food & drink to electronics, aerospace and automobiles

To satisfy the increasingly sophisticated palates of South-East consumers many new food and drink companies have sprouted up in the region, making and selling high-value products with excellent profit margins. The aerospace and electronics sectors have continued to grow, in locations such as Farnborough in Hampshire and on the edge of the ‘motorsport’ valley in Oxfordshire.

As well as its home-grown success, the region has benefitted from the global volatility of raw materials such as steel and aluminium, commodities vital for the heavy industry found in the traditional heartland of the north and West Midlands. This has particularly affected car manufacturers and their supply chain, traditionally highly profitable businesses, who have not only been hit by commodity cost rises but also the uncertainty of Brexit, the downturn in the vehicle in China, and the massive investments needed to switch from petrol and diesel engines to hybrid and pure electric powertrains.

Justin Benson, Head of Automotive for KPMG in the UK and leader of the firm’s Brexit response in the Industrial Manufacturing sector commented that, “We have seen London and the South-East emerge as a very strong player in manufacturing over the last decade and this has accelerated recently as food and drink production has mushroomed. Added to this is the UK’s and global rapidly growing demand for electronics, in both consumer products and in industrial automation and control.”

Nervousness and fear have spread throughout the UK’s industrial heartland at the thought of difficulties in importing everything central to manufacturing – from raw materials to components from European suppliers made cheaper than UK companies can provide. This anxiety appears to be in sharper focus in the South-East than in other parts of the UK, perhaps as the region is closer to the seat of parliament and the major financial institutions. Fears of severe supply chain delays, crippling tariffs and the consequent unprofitability of manufacturing certain products in the UK abound. Some companies will profit from the situation though; by harnessing the new technologies – IT and advanced software and systems manufacture. Companies can import and export their products electronically, in the case of software and expertise, and those that manufacture smaller, high-value goods should not see their profits unduly dented by new customs controls and charges.

So, while Brexit will throw up many hurdles, for the new breed of manufacturer in the South-East – creators of advanced technology solutions – there may be opportunities bred by the march of Industry 4.0.

Technologies that are easily licensable and produced in other countries without shipping large (or any) items of hardware – such as software, electric vehicle charging systems, food science systems and products that can be shipped as kits such as furniture – may escape many of the restrictions, delays and tariffs likely to be imposed on the passage of goods and services after the UK’s withdrawal from the EU.

As Brompton Bicycles’ Butler-Adams observed, the human element is central to the success of the South-East. It may be surprising to learn that many more people work in manufacturing in the southern regions than in the north of the UK. Some 413,000 people are employed in manufacturing in London and the South-East, according to Oxford Economics, compared to 344,000 in the North-West. 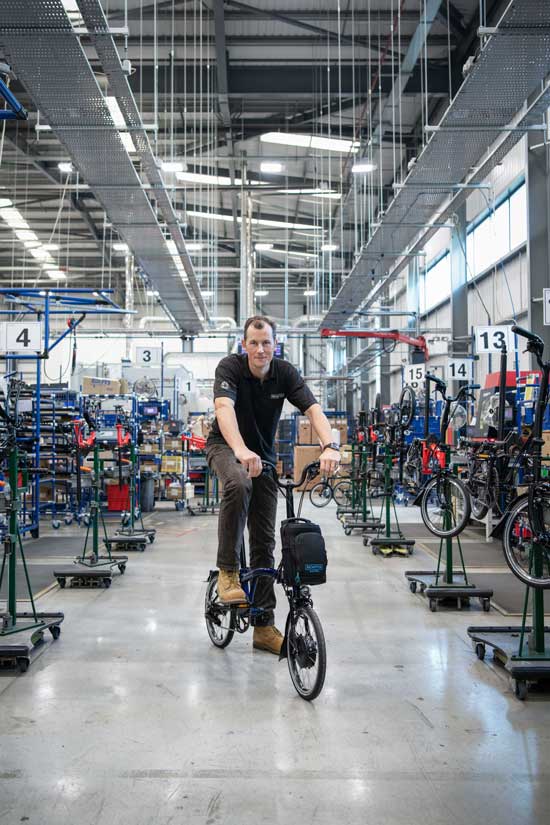 Brompton Bicycle CEO Will Butler Adams on an electric bike in the company’s factory in London.

An important factor that favours the South-East is its wealth of intellectual capital and the diversity of its skilled workforce, as evidenced by the success of Brompton, a bicycle manufacturer that invested in a new 90

“With the growth of popularity of the urban bicycle, we have seen a sort of ‘gold rush’ – bikes have gone from being just bicycles, to movement, to a service, as in hiring bicycles, to high technology, as in the launch of our electric bikes,” said Brompton CEO Will Butler-Adams. He feels that making bikes in London makes good sense in many ways.

“When we moved to our new factory, we thought long and hard about other locations but we realised that, as we see net migration to cities, it makes sense to make your product close to your customer,” he said, adding: “We could have gone to the far east, or Wales, or the north of England where labour and land is cheaper, but we decided to stay in London where we have a skilled and diverse workforce already in place. It helps having staff who know the business and know the culture, particularly in Asian markets. Also, we are known as made in London, and that element is key.”

Talking of Brexit, Butler-Adams outlined Brompton’s strategy: “Two years ago we realised that Brexit was something we had no control over, we built up stock, worked on an electric bike, looked to new markets in Asia, and got our distribution back from Europe.”

Another great driver of the South-East’s success is its rapid embrace of the so-called Fourth Industrial Revolution. Industry 4.0, smart manufacturing, factory of the future – call it what you will – the evolution of manufacturing is underway, at least for some UK manufacturers. Across the country, businesses vary drastically in their adoption of these smart technologies. 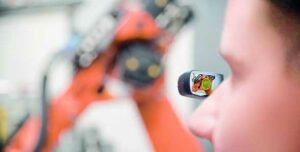 The cost of the initial investment in smart technology can be off-putting. 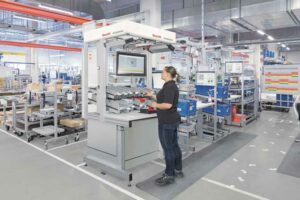 The cost of the initial investment in smart technology can be off-putting.

Paul Streatfield, Business Development – Strategic Product Manager at Bosch Rexroth Ltd. UK posits that the South-East has led the way in investing in digitisation, starting with a question: Why are manufacturers yet to fully embrace the new dawn of connected manufacturing? He said that for many, the answer lies in the cost – or the perceived cost – of digitisation.”

The initial investment in smart technology can be enough to put many manufacturers off making the move to a smarter way of working but the benefits of real-time quality check, continuous improvement and equipment maintenance will undoubtedly lead to cost savings and productivity improvements.” Streatfield believes that this awareness is most apparent in the South-East, where customer demand and overseas competition is most apparent to companies. “Customer demands are changing and the manufacturing industry and technology is being forced to adapt to keep up. More and more often, products need to be produced in small, highly customised batches, putting pressure on businesses to reduce their time-to-market and adapt to changes in demand. To do so, businesses need to invest in technology that gives them the flexibility to adapt quickly to fulfil demand. And that capital seems more readily available to companies who are closer to the financial centre of the UK – London.”

Headquartered on the UK’s south coast at Shoreham-by-Sea in West Sussex, Ricardo is a global strategic engineering and environmental consultancy that specialises in the transport, energy and scarce resources sectors. Indeed, as well as its work in passenger cars, commercial vehicles, rail, defence and motorsport, it has shown its awareness of the changing business world by expanding into energy management and environmental-impact research and development. Its client list includes transport operators, manufacturers, energy companies, financial institutions and government agencies. 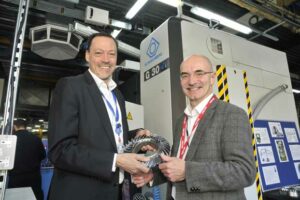 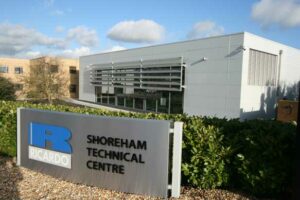 Specialist engineering company Ricardo is headquartered on the south coast, in West Sussex. 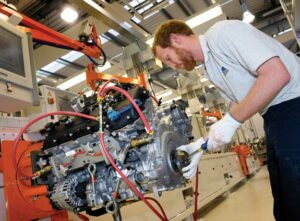 Having ‘moved with the times’ since its founding in 1915, Ricardo is a fine example of the versatility of UK companies – moving from the pursuit of power and vehicle performance to the topical areas of cost reduction, safety management, regulatory compliance and environmental impact assessments. In vehicle terms this has meant a shift away from internal combustion engines and drivelines to the prototyping and low-volume manufacturing of electric motors and generators, battery packs and fuel cell systems.

This type of endeavour requires considerable investment. The company has recently spent £1.5 million on a spiral bevel grinder for its transmission manufacturing division. As well as being used in motorsport applications, the new equipment will bring frictional reductions and thus efficiency gains in electric vehicle drivelines, as Ricardo Performance Products MD Martin Starkey said: “This investment has enhanced Ricardo’s capability to design, analyse, manufacture and inspect bevel gears with a closed loop system, not only for our high performance applications but also to help us drive forward the development of more efficient powertrains for future mobility solutions, including hybrid, electric and fuel cell vehicles.”