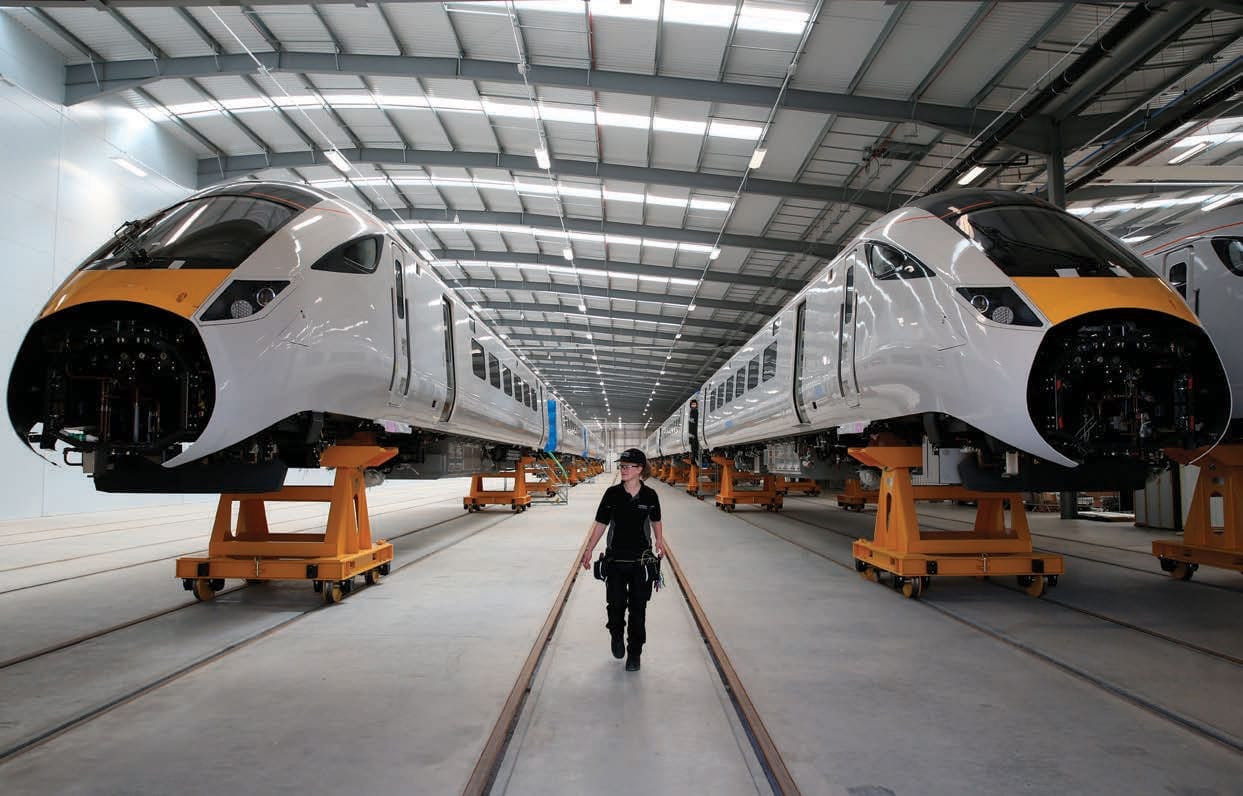 Above: Hitachi Rail’s rolling stock plant at Newton Aycliffe is a new and major employer.

THE NORTH EAST CONTINUES TO BE A SUCCESS STORY IN THE MAKING IN MANUFACTURING TERMS. ALTHOUGH NOT AS PRODUCTIVE AS SOME PARTS OF THE UK, THE REGION IS REBOUNDING FROM HISTORIC LOWS AND CHALLENGES.

Important growths in infrastructure over the past 12 months are being mirrored by expansion across numerous industries – pharmaceuticals, chemicals, electronics, energy and transport, as well as automotive and engineering. But few regions are potentially as vulnerable to a bad Brexit as the North East of England.

The big beasts of North East manufacturing have their roots in the Land of the Rising Sun. Japanese giants Nissan in Sunderland and now Hitachi in Newton Aycliffe continue to invest hundreds of millions of pounds in the region, creating thousands of jobs in the transport industry in the process.

But the North East manufacturing sector encompasses so much more than that, having reinvented itself and diversified spectacularly since the closure of its last coal-mine quarter of a century ago.

The Blyth-based Tharsus Group, for example – one of Europe’s fastest growing technology businesses – had the highest proportional increase in turnover of a manufacturer in the region in 2018. It reached £23m in 2017, expects to grow to £30m by the start of 2019 and to become one of the UK’s leaders in service robotics.

Reach for the skies

The next growth area could literally be out of this world, with a drive by North East businesses to harness the power of space data.

Meanwhile, the chemicals and metals industries remain among the biggest drivers of North East manufacturing – the former being enhanced by production from the world’s most advanced paint plant, in Ashington, Northumberland, where a£100m facility is now the centre of production for AkzoNobel’s Dulux; and metals being boosted by rising oil prices during 2018.

A change of diet

The food and drink sector continues to thrive, led by Quorn Foods £150m investment in creating the world’s biggest meat alternative factory, with a 100,000 sq ft expansion of its premises in Billingham which will double the company’s food output.
Manufacturing in the North East is set to be boosted by a string of improvements to the region’s transport infrastructure which included important upgrades on the A1 and A19 road arteries.

The £300m to be invested in the Tyne-Wear Metro rail system should dramatically improve commuting, as should the opening, in the summer of 2018, of the iconic Northern Spire bridge at a cost of more than £100m. 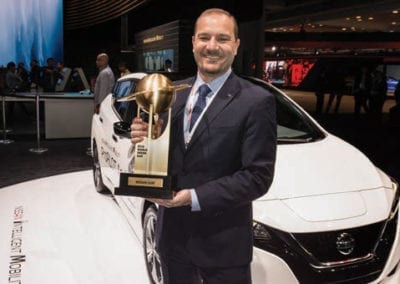 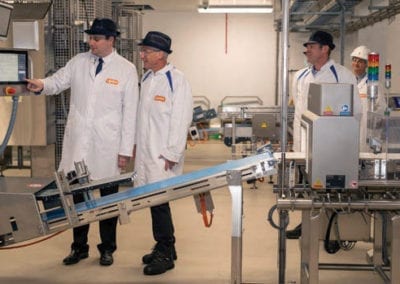 The Spire has been designed specifically to speed the flow of manufacturing to the Port of Sunderland and will be a boon to nearby Nissan but also to companies moving to the neighbouring International Advanced Manufacturing Park (IAMP), currently being developed.

The IAMP, which spreads across 150 acres, boasts 1.6m sq ft for industrial, manufacturing and R&D use which has attracted more than £400m of private sector investment. 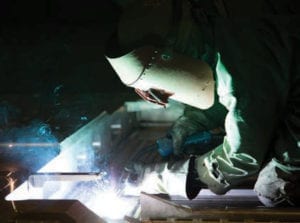 The majority of the North Sea’s oil platforms were built in the North east of England.

The North East coast itself continues to provide a cutting edge for the region’s manufacturing industry, with its world-leading offshore sector.

The majority of the North Sea’s oil platforms were built here and, in the months and years ahead, hopeful eyes will again be cast in that direction, looking for another revival or boom in the oil industry.

More than five percent of global subsea equipment market, a market worth £20bn, is developed and produced in the North East, a figure which will only be boosted by the multi-million pound Tyne Subsea testing centre in North Tyneside.

There is also the demand for bespoke cabling and ancillary products being filled by the likes of Hartlepool and Newcastle’s JDR Cables and Newton Aycliffe’s Tekmar Energy, with Tekmar winning a major deal recently to provide cable protection systems for a Dutch offshore wind farm.

And it is in the area of offshore that the North East is flourishing, with the business and supply chain cluster in the region one of the fastest growing in the country. This could be good timing, with three major wind developments set to come onstream in the North Sea: Dogger Bank; Hornsea; and Firth of Forth.

In this sector, the North East has the advantage of geography, with three accessible rivers and their ports; in education, with five universities turning out a steady stream of engineering talent; and with the UK’s flagship technology innovation and research centre for advancing wind, wave and tidal energy – The Offshore Renewable Energy Catapult based in Blyth, Northumberland. 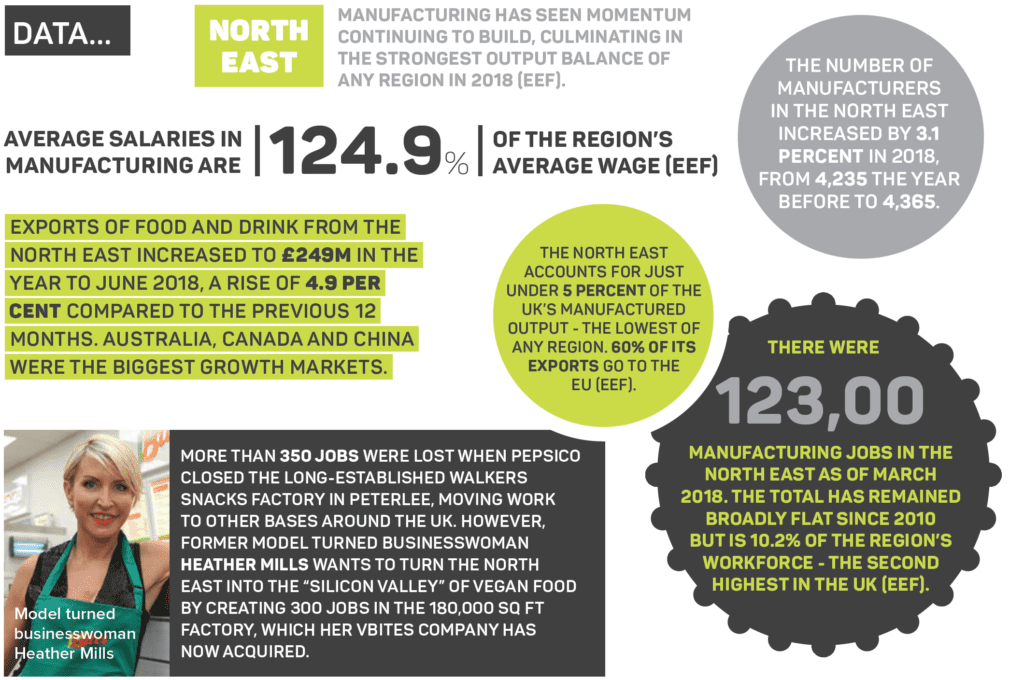 The drive for renewables continues on land as well as water. 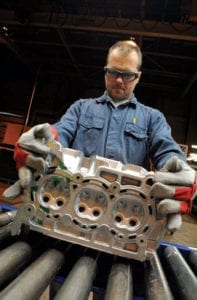 Above: The automotive supply chain in the North East relies on traditional skills as well as innovation. Credit: Nissan Motor Co UK

In the most high-profile example of that, Wardley Biogas has received £17m funding to construct a new plant at Follingsby Lane, Wardley which will convert unwanted organic waste into green gas for use across the region’s heat, power and transport sectors.

But it is not all about new technologies and new industries though – some of the region’s traditional industries have quietly being staging a revival.

UK Docks, for example which has re-opened mothballed dockyards on the Tyne, Wear and Tees, has won a £150m Ministry of Defence contract to service and maintain and service HMS Protector, HMS Enterprise and HMS Echo – three ships which play a vital part in the Royal Navy’s supply chain and which will now boost the manufacturing supply chain in the North East.

One unexpected spin-off of Brexit could be more Government contracts being handed out to UK firms, which might be to the benefit of firms like UK Docks.

But the mere mention of Brexit sends a chill down the spines of almost all businesses in the North East, especially those involved in the automotive sector where European markets and supply chains are so important.

The region benefits from European funding and will hope that support is maintained by the UK Government after March 2019.

But just as important will be finding a trading relationship, short and long-term, which does not harm manufacturing or jobs, given unemployment levels are currently at a near record low. 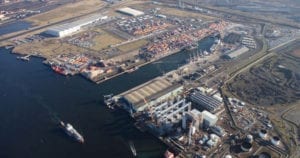 LATEST figures show Teesport dealing with an all-time high in container volumes, giving it an overall volume increase higher than any other UK port – the majority of growth coming from Europe.

Significant investment in a fifth ship-to-shore crane and three RTG (rubber tyre gantry) cranes in the last two years has been fundamental to the Teesport’s ability to support its growth in volumes. Over £1billion of investment has been attracted and secured by PD Ports and third parties over the last 10 years.