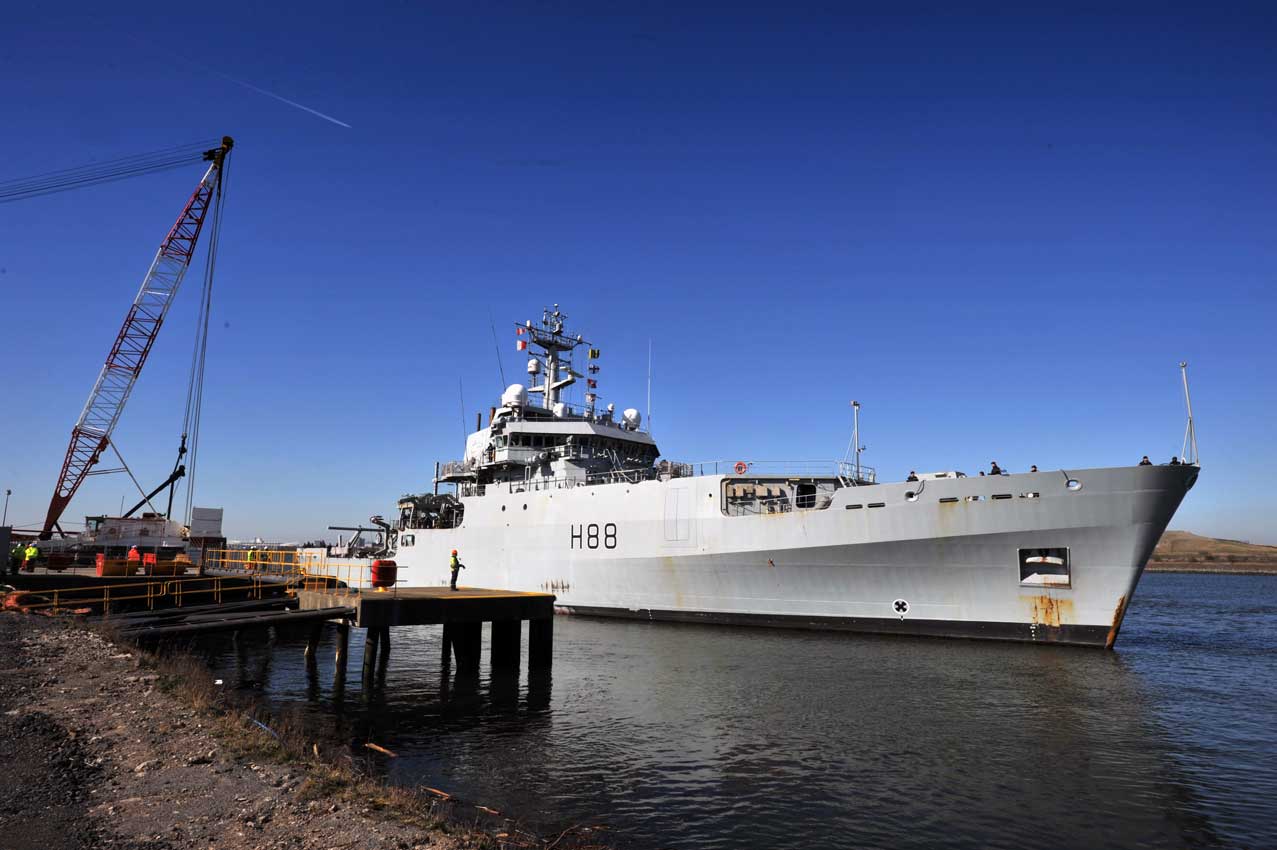 …plus vegan foods, robotics, advanced manufacturing, ship repair and maintenance, offshore renewables, oil & gas decommissioning; England’s North-East has a diverse and vibrant manufacturing base that appears to be flourishing, despite some headwinds.

The North East’s manufacturing sector has successfully come through a challenging year but difficulties could multiply if the Brexit outcome is negative. No other region in England exports as much (60%) of its output to the European Union; a further 10% goes to non-EU European countries. But the North East has plenty of reason for optimism – especially in the field of renewables – and will rebound quickly in 2020 if there’s an upturn in the transport sector. 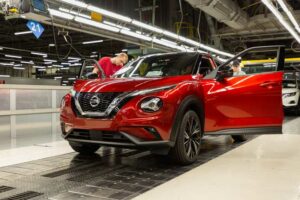 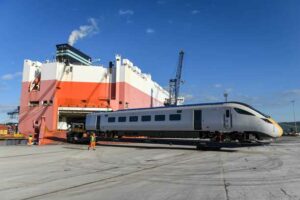 Two crouching tigers of Japanese manufacturing, Nissan in Sunderland and Hitachi in Newton Aycliffe, are helping defend the region’s economy and jobs with hundreds of millions of Pounds investment.

It has been a difficult year for the motor industry worldwide but morale at the largest car plant in Europe has been boosted by a £100m investment in the Sunderland site, which has led to the new Juke hatchback being produced there. The new model has been designed, engineered and manufactured in the UK and will be made only at Sunderland.

Hitachi will play an important role in a new £400 million contract to deliver next-generation rolling stock for British railway lines. It will supply 33 five-carriage trains to operator Abellio UK by 2022, which will run on the East Midlands Railway franchise and secure hundreds of North East jobs at the Newton Aycliffe plant.

The importance of the North East to the Japanese giants, along with many other major manufacturing and technological concerns, is set to be underpinned by the development of the International Advanced Manufacturing Park (IAMP), which has a similar physical footprint as Nissan and sits alongside it, spanning the border of Sunderland and South Tyneside. 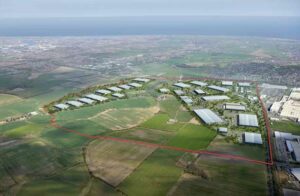 The IAMP is becoming a hub for advanced manufacturing in aerospace, rail, automation and offshore development.

Spread across 150 acres and with 1.6m sq ft (260 million m2) available for industrial, manufacturing and R&D use, it has attracted more than £400m of private sector investment and will become a hub for advanced manufacturing spanning aerospace, rail, automation and offshore development. The Park has received the strong backing of local authorities.

“IAMP gives us an outstanding opportunity to bring new, skilled employment to the North East, with a development that puts us at the heart of advanced manufacturing and the automotive industry in this country,” said Graeme Miller, leader of Sunderland City Council. 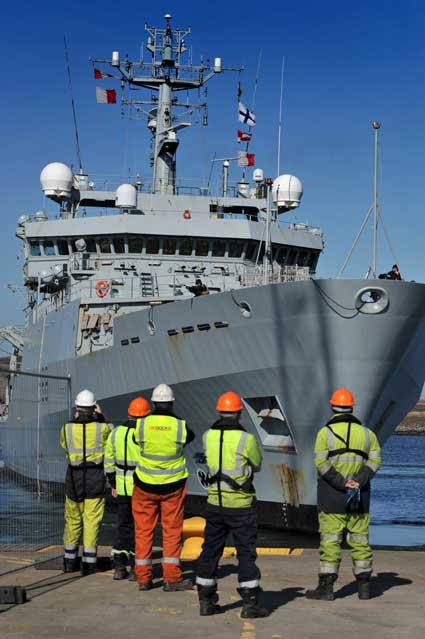 Workers at UK Docks help HMS Enterprise dock at the Tees as part of a £150m Ministry of Defence contract for the region.

The North East’s traditional associations with the old heavy industries of coal, shipbuilding and steel are very much a thing of the past. Nowhere can that difference more clearly be seen than in the field of green and renewable technology.

North East offshore wind companies expect to create more than 1200 jobs to meet growing international demand, boosting the existing workforce of more than 2500. The recruitment process will involve doubling the number of graduates and trebling the number of apprentices to capitalise on growing marketing opportunities, including conversion of former oil and gas assets into offshore wind apparatus.

A number of infrastructure projects are boosting access to markets nationally and internationally.

The North East coast has always been pivotal to the complexion and development of manufacturing in the region with the Port of Tyne and the Port of Tees, in particular, becoming powerhouses in recent years.

On land, a huge amount is being invested in improving the region’s road networks, not only improving trade routes to and from the North but also creating an internal market with the major infrastructure developments.

In the air, Teesside International Airport has been saved from housing development – a move which could be vital to the future development of the Tees Valley as a commercial and manufacturing centre. At Newcastle Airport, Loganair is adding new business routes to Aberdeen, Cornwall, Cardiff and Bergen to the existing Brussels and Stavanger destinations.

Although transport and associated industries provide the biggest arm of manufacturing in the region, the North East is also home to the UK’s largest single cluster of process, chemicals and energy companies in the UK, manufacturing half of the country’s foundation chemicals and third of its pharmaceuticals. It employs 39,000 people across the region, with chemical-using industries – including healthcare, electronics, automotive and textiles – reliant on it.

It suffered a setback this year with Ineos announcing the potential closure of its Seal Sands site and the loss of more than 220 jobs, citing the cost of investing in the plant’s fabric. But the loss of that plant, which supplies material used in clothing, carpets and plastics, could be offset by a £10 million investment by steelmaker Liberty House Group in Middlesbrough to create a new powder metals development facility to extend its reach in an £8 billion (and growing) global market in specialist metals and 3D printing.

Food manufacturing remains important in the North East, with Greggs and Quorn Foods now joined by entrepreneur Heather Mills’ VBites – the world’s biggest producer of meat-free vegan meat substitutes. Peterlee in County Durham become the HQ of the brand with the redevelopment of the former Walker Crisps plant and it is expanding into Seaton Delaval, Northumberland, with the acquisition of the 55-acre former Procter & Gamble factory site. The intention is to manufacture vegan products, including food and cosmetics, and to provide business incubator space for plant-based start-ups. It is set to create hundreds of jobs and be the core of a “Plant-based Valley” hub for plantbased industry.

NE ports are seeing investment aimed at boosting capacity and range of services.

The uncertainty of future trade relationships with the EU remains the ‘elephant in the room’ for the North East. Latest figures from MAKE UK show current investment and employment intentions in the region are the lowest in the UK, with orders slightly down, and all eyes will be focused on the hope of smooth waters ahead to allow the economic upturn of the preceding years to continue.

“There is a real ‘can-do’ culture developing in the North East in so many areas, which has been reinforced by innumerable regeneration and infrastructure projects that have literally changed the landscape, especially in terms of opportunity and access,” Arthur Hodgson, manager of the Advanced Manufacturing Forum, which provides a voice for the region’s manufacturing community, reflected. “The positivity is fuelled by so many young people coming out of colleges and universities and keen to build careers in manufacturing in the North East but, as in everything related to business prosperity, so much relies upon other economic factors, nationally and globally.” 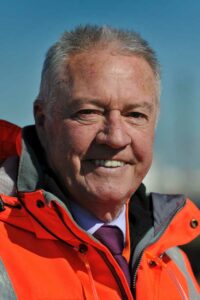 Ship repair on the Tyne and Tees is enjoying a revival with Tyneside-based UK Docks completing the first phase of a £150m Ministry of Defence contract to service Royal Naval vessels HMS Echo, HMS Protector and HMS Enterprise. “Ship repair was an industry that was thought to have had its day in this country but we’ve been re-opening dry docks and returning them to full use,” said Harry Wilson, Managing Director. “The North Sea oil industry is an obvious source of work but with the MoD looking to service its fleet in British waters wherever possible, it could become very much a growth area.”

Northumberland-based Tharsus Group, one of Europe’s fastest- growing technology businesses and the UK’s market leader in service robotics, recently moved into a new £3m headquarters in its home town of Blyth. The move will help quadruple manufacturing capacity for advanced machines and robots (AMRs) The group reported overall revenue growth of 85% in 2018, to £51.2m, allowing it to invest and expand operations to meet growing demand from international customers. Headcount has also risen over the past 18 months, from 216 to over 300.