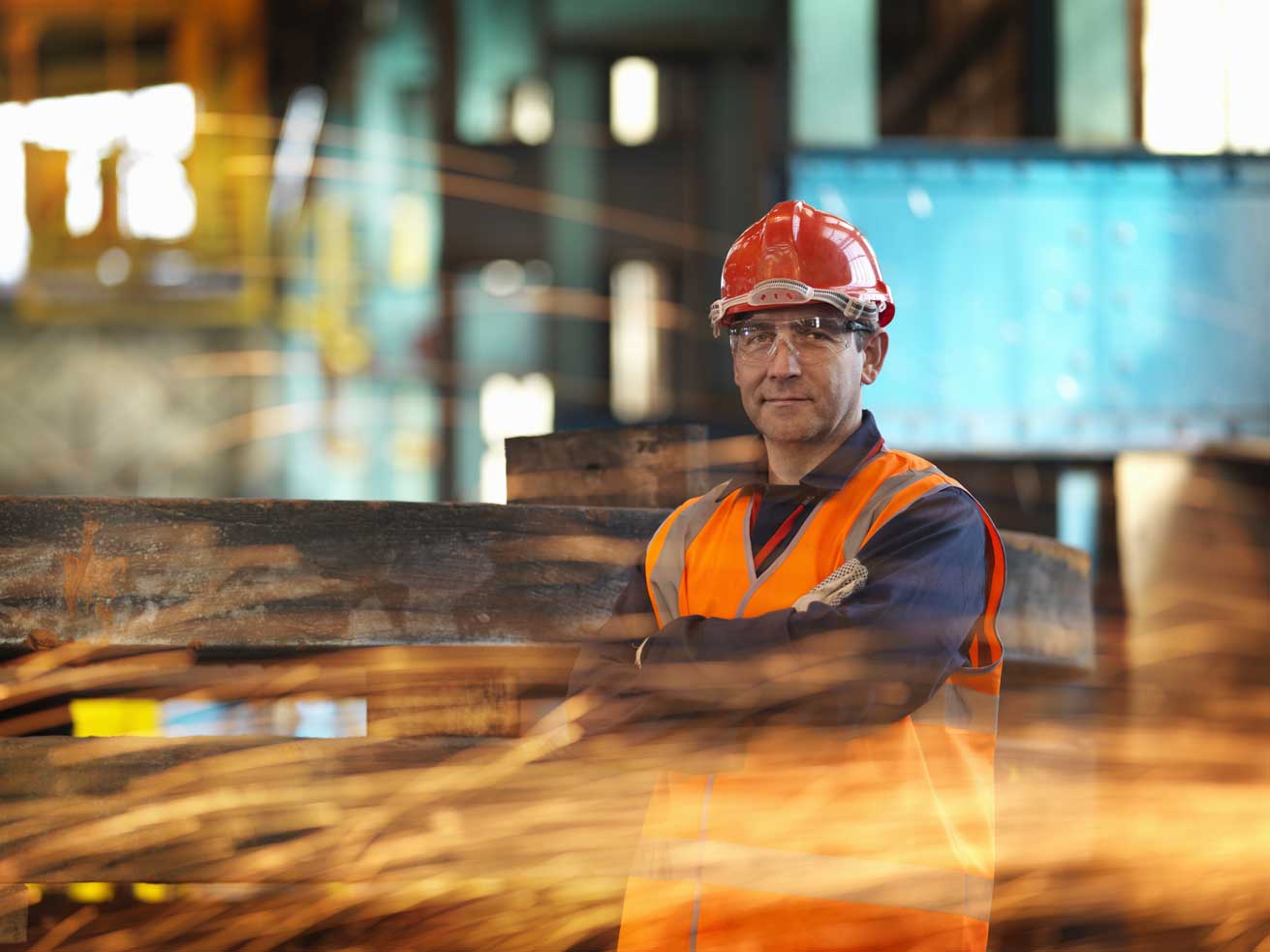 2019 was the year when North West manufacturers set their sights on digital journeys. Rupert Cornford reports on 12 months of pilots and productivity gains, as Made Smarter gained traction and companies tried to get match fit.

Bells of Lazenby has implemented robotics to meet demand for gluten-free products.

As manufacturers woke up to New Year headlines about Brexit uncertainty and global shifts in car production, there was a growing focus in the North West on solving the industry’s productivity challenge.

While companies were checking their Spring order books and getting their house in order ahead of political disruption to supply chains, the £20m Made Smarter pilot was getting inundated with enquiries, just two months after being launched. “By January 2019, we had a really big number of companies wanting to talk to us,” says Donna Edwards, managing director for business finance at The Growth Company, which is administering the scheme. “There was a real appetite to engage.”

Made Smarter, which is helping companies to implement a digital and connected backbone to their operations, has got a target a target to engage with 3,000 businesses by March 2021, and at the time of writing, was well over halfway there. More than 60 projects have been match-funded in the past 12 months, and many more have explored what they could implement. Edwards says it’s been an eye-opening year and believes that most manufacturers in the region don’t have a digital strategy in place. It’s no surprise that interest has been high.

Cumbrian bakery Bells of Lazonby, which employs 250 people, has implemented robotics to meet the capacity demands of gluten-free production. Plastic Card Services, based in Macclesfield, has written software to encode the data for each card during production, speeding up manufacturing times and paving the way for contracts worth £1.5m. Across the region, stories emerged of companies adopting small changes, or niche projects that began to unlock their potential.

Barry Leahey, managing director at Playdale Playgrounds, which is based in Ulverston, Cumbria, says Made Smarter has been part of an ongoing drive in the business for continuous improvement and profitability in recent years.

“We are 2.5 per cent behind our turnover objective [for the current financial year], but we are around 25 per cent ahead on profit,” he says. “We’ve got 55 people in production and have generated a couple of hundred ideas to improve productivity. If an idea gets chosen, we pay people £25 and have so far paid out about £1,200. It’s cost us £14,000 to make the improvements suggested and has saved us an additional £60,000 in the past 12 months.” 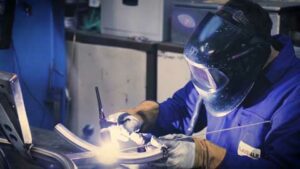 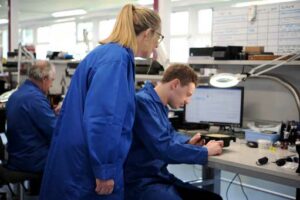 Oxley Group focused on cultural change as a driver of productivity. 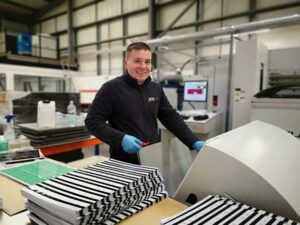 Plastic Card Services sped up manufacturing with software that encodes data on each card during production.

Stock levels have been reduced from £1.9m to £1.2m but on-time in full delivery has shot up into the high nineties. The team has moved on to predictive maintenance using sensors, which is helping to increase capacity and schedule work more effectively.

At Oxley Group, also in Cumbria, marketing manager Jayne Moorby says the company has had its best year ever, after getting its house in order and focusing on cultural change as a driver of productivity. The company, which makes lighting for military installations, is a big exporter to South Korea, Sweden and the US.

“The business still is privately owned and we got to a point where we had lost sight of some of the things the founder stood for,” she says. Darren Cavan has been in place as chief executive since the end of 2018 and, Moorby says, there is a philosophy in the business aimed at “empowering people to achieve success together”.

“We now have a lot of visual management, which is driving productivity,” she says. “There is much better measurement and business data. Because people are empowered and engaged, we are identifying improvements everywhere in the business.” 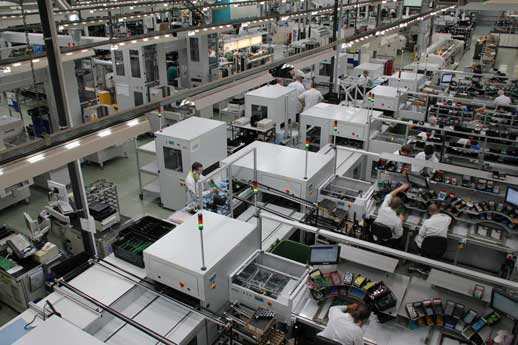 Siemens teamed up with Atos to boost cloud computing resources at Daresbury.

The twin drivers of technology and innovation are common threads in the North West manufacturing narrative. It was a year when Tata Chemicals Europe announced plans to build the UK’s first industrial scale carbon capture plant in Northwich, The Manufacturing Technology Centre outlined plans for a £15m for expansion in Liverpool, and Siemens teamed up with Atos to boost cloud computing resources at Daresbury, to help businesses understand connected production.

Brian Holliday, managing director at Siemens Digital Industries, is adamant the sector’s focus is right, but also concedes traditional businesses need time and help to adjust. “There is a real mix out there and we have to be honest about that split,” he says. “There are some very innovation hungry SMEs looking to solve problems, but there a number that feel irritated of talk about Industry 4.0 because it doesn’t speak to them and their current challenges. We have still got a job to do, to demonstrate the relevance of what industrial digital technology can do.” But Barry Leahey at Playdale, a productivity ambassador for government spin-out Be the Business, is more direct. “It’s a no brainer,” he says, about technology adoption and Made Smarter. “It frustrates me that the ambition has to be piloted. We have got to improve productivity, so why don’t we go straight from concept to completion.”

The future has potential for the region’s manufacturers but they have work to do to compete on a global playing field, and embrace the skills needed to run connected factories. Some believe that 2020 marks the beginning of a decade that will separate those who will survive, supported by a network of catapults and innovation hubs, and those who won’t. This is a story about innovation and investment, with an eye on sustainability, of course.

“We have all got very comfortable with our working environments, and our accountability to our working environments,” says Leahey. “We have got a little bit relaxed and fat around the middle. Some businesses have realised we have got to lose a little bit of weight and get match fit to be able to be a global superpower. Failures in the sector will fall at the door of the leadership.” 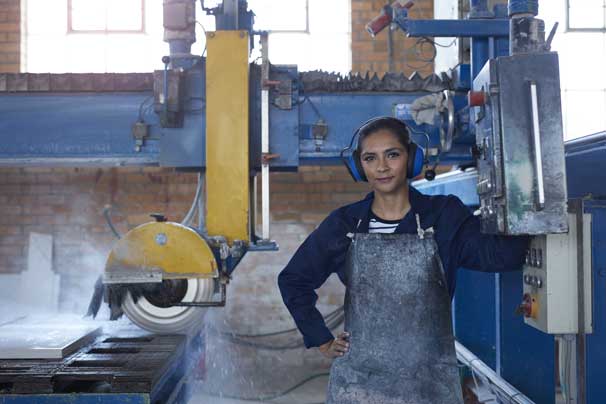 “2020 marks the beginning of a decade that will separate those who will survive, supported by a network of catapults and innovation hubs, and those who won’t.”

Siemens’ Brian Holliday believes there will need to be a focus on the real economy again, after the political paralysis of the past three years. If manufacturing is about regionalised jobs, growth and productivity and progress, then technology and the right support has to part of the answer.

“If we think that something is going to happen without investment, then we are kidding ourselves,” he says. “Aiming to improve productivity through investment, training and working with the innovation community, matters. The catapult model works; and we would advocate continuing a public and privately funded innovation approach.

“There is still a challenge to stimulate private investment in plant and equipment. But there is a correlation, through Made Smarter, that if you invest less then guess what, you become less productive. If we waver on this, then we’ll be playing catch up.”

The £20m Made Smarter pilot is slated to return £115m of GVA for the North West economy by the time it finishes in March 2021. Early indications suggest it will achieve that figure; the eyes of the manufacturing world will be watching, in hope, that it actually does.

BENTLEY PLUGS INTO A SOLAR FUTURE 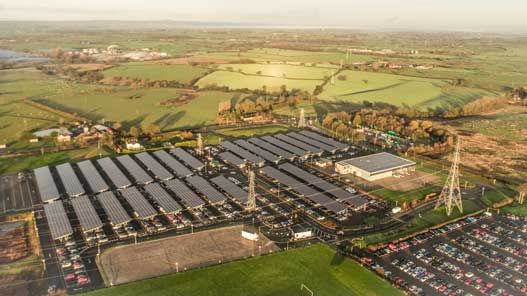 In May, car manufacturer Bentley told the world it had installed the “UK’s largest ever solar car port” at its headquarters in Crewe. The project, which is part of ongoing efforts by the company since 2013 to reduce its carbon footprint, added 10,000 solar panels with a capacity of 2.7MW and was installed by industry specialist FlexiSolar. All the energy supplied to the factory now comes from the sun or certified green sources. 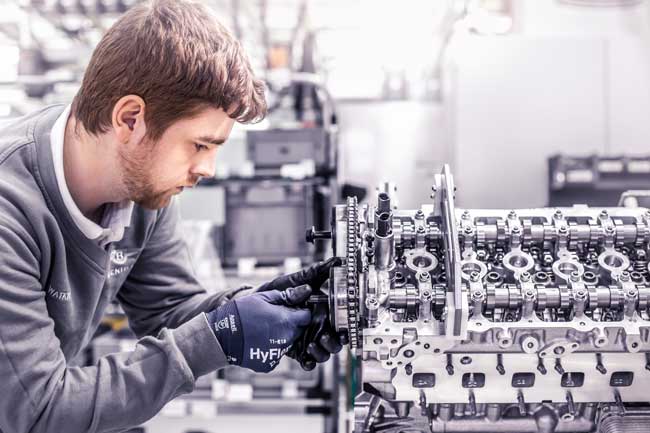 Bentley still makes its classic engines but it is moving towards an electric future.

While Bentley hasn’t shared the size of its investment in this initiative, there is a clear message that it had to move in this direction, as consumer attitudes changed towards an industry under pressure.

“The reality is, in this fast-changing environment, the values, attitudes and behaviours of our current customers are naturally evolving in the direction of our new luxury audience, as they become exposed to new information and experiences,” says Head of Corporate Communications, Matthew Reed. “They care about the world we live in, and they seek out brands with a strong purpose, progressive values and a sense of social responsibility and diversity.”

By 2023, all of Bentley’s cars will be available as a hybrid or electric and, Reed says, the business is “hopeful of introducing a full battery electric Bentley by 2025. Of course, being part of the Volkswagen Group allows us access to the world’s most innovative battery technologies and this puts us in a very fortuitous position should we want to take advantage of that.”

Emissions from the factory from production processes are still being offset, although are expected to reduce in the future, he says.

MADE SMARTER IN BRIEF

60 THE NUMBER OF FUNDED PROJECTS UNDERWAY IN THE MADE SMARTER PILOT.

£115M THE VALUE, IN GVA, EXPECTED TO BE RETURNED TO THE REGION, FROM THE £20M INVESTMENT.

3,000 THE NUMBER OF COMPANIES EXPECTED TO ‘ENGAGE’ DURING THE TWO-YEAR PROJECT; THE TEAM EXPECTS TO WORK “IN ORE
DEPTH” WITH 600, WHICH INCLUDES MENTORING, LEADERSHIP AND MANAGEMENT PROGRAMMES, AND GRANT FOR EQUIPMENT.