[title size=”4″]Manufacturing in Wales has weathered the economic slowdown and, thanks to developments such as the Welsh Tech Valleys project, is optimistic. But concerns prevail over productivity reports Wyn Jenkins.[/title]
“There are a lot of talking shops around strategy when it comes to manufacturing. The government should simply create the environment in which businesses can prosper, stand back and get out of way.” So said Ian Price, director of CBI Wales, commenting on manufacturing in Wales. The country, uniquely, compared with most parts of the UK, can be influenced by policy and cash generated by the Welsh Government. But whether the sector should rely on government strategy – or just get on with it – is a moot point.
“No white paper or strategy – and that includes the UK Government’s much-heralded Industrial Strategy – represents a panacea for manufacturing in Wales, or the rest of the UK. We think the Industrial Strategy is a good idea. But there are much more fundamental things manufacturers can focus on if they wish to succeed,” Price said.
[title size=”2″]An economic cornerstone[/title]
Manufacturing is extremely important to Wales. It was responsible for approximately 16.8 percent of the country’s output in 2016 – the second highest of any region in the UK – according to the EEF’s Regional Manufacturing Outlook 2017, published in July 2017.
There were some 5,680 manufacturing companies in Wales in 2016, an increase of 3.1 percent on the year before. In total, there are some 156,000 manufacturing jobs in Wales, accounting for 10.7 percent of the country’s workforce.
[/two_third]

During the recession, the Welsh government encouraged companies
to maintain and upskill its workforce (Credit: Tata Steel)

The sector has endured some bumps in the road in recent years but, in the past four, the country’s output balance consistently outperformed the UK average and it has enjoyed strong growth and optimism more recently.
One reason is that the Welsh Government invested heavily throughout the period of the recession in schemes designed to encourage companies to keep and upskill workers. This, in part, explains a growth in manufacturing jobs in Wales since March 2010; the increase of 10.5 percent was the second-highest in the UK. That leaves the sector well positioned to take advantage of opportunities driven by reshoring and inward investments, facilitated by the Welsh Government or otherwise.
Two significant initiatives are the forthcoming Welsh Tech Valleys project and a new £30m train factory. Tech Valleys is a £100m Government investment in the Blaenau Gwent and the wider Valleys area. The project will focus on the development and delivery of emerging technologies, particularly in the automotive sector. Spanish rolling stock manufacturer CAF, meanwhile, has announced that it is to start building trains at a new factory near Newport, a move that will create 300 jobs and boost the Welsh economy.
[content_boxes layout=”icon-on-side” iconcolor=”” circlecolor=”” circlebordercolor=”” backgroundcolor=”#fffccc”]
[content_box title=”EXPORTING THE DRAGON – GARETH JENKINS, MD OF FSG TOOL AND DIE, LLANTRISANT” icon=”” image=”” image_width=”300″ image_height=”200″ link=”” linktarget=”_self” linktext=”” animation_type=”0″ animation_direction=”down” animation_speed=”0.1″]
“The seemingly endless media fl ow on Brexit can create the perception that Governments are the main champions of exports activity. Whilst acknowledging the role of Government the reality is somewhat different. As exporters we know that is all about being in and understanding your market wherever it is in the world. With the right product and timing, trade tariffs are rarely an insurmountable barrier.
Clearly “free trade” can be a great driver of corporate growth, even the staunchest Brexiteer would reluctantly acknowledge that UK companies have enjoyed sustainable growth from the EU. As we frequently highlight “free trade” is a two way street and domestic growth is potentially at risk. We have all seen what low wage economies can achieve in the global economy, for good and bad, even with trade tariffs. Manufacturing will do what it always has done and lead the UK exports irrespective of Brexit and future trade deals.”
[/content_box]
[/content_boxes]
[title size=”2″]The problem of productivity[/title]

Low productivity remains a concern, however. At only 80.5 percent of the average, it is the least productive region in the UK. Paul Byard, national director at the EEF for Wales, said that fundamental challenges in Wales need to be addressed if the country is to prosper – especially given Brexit-driven uncertainties on the horizon.
He believes that momentum in manufacturing towards embracing Industry 4.0 and the automation often implicit in this is unhelpful in Wales, because it masks more deeply-seated concerns.
“One of the biggest challenges is bringing new products and services to market and improving productivity. These need to be in place before we engage industry 4.0,” Byard said. “Only by going back to basics and improving the process and innovation around that can you extrapolate forward and detail both future investment and skills requirements.”
Many big infrastructure projects remain stalled, including the M4 Relief Road in Newport and the Swansea Bay Tidal Lagoon, a £1.3bn project that would build the world’s first tidal lagoon power plant. It would create 4,000 manufacturing jobs and a further 7,000 in the supply chain.
“If such projects got the green light, it would boost the whole region and do much to address an imbalance in investment and productivity,” Byard said. “The lower productivity is because of the lack of investment. This economy is imbalanced. These projects would improve the entire picture.
“For me, it is all about the long-term strategy; putting a long-term plan in place for manufacturing in Wales. You can’t have a two-year plan; you need a 20-year plan and that is why we need this Industrial Strategy finalised and aligned with what is happening in Wales,” he said.
[title size=”2″]Investment is holding up[/title]
He might be right on investment, although sentiment in the sector overall is bullish. Paul Brooks, UK head of manufacturing, Santander Corporate & Commercial Banking, notes that, despite current uncertainties, manufacturers’ willingness to invest for future growth is holding up reasonably well.
“We at Santander see real opportunities for manufacturers that feel able to invest, even where they may currently have some spare capacity,” Brooks said.
[title size=”3″]Regional Summary[/title]

[title size=”2″]Commercialising IP[/title]
The CBI’s Price and EEF’s Byard agree that innovation in manufacturing in Wales could be better but – more importantly – the commercialisation of IP and good ideas must be improved.
“Wales is not great at converting good ideas into viable businesses,” Price said. “It is estimated that less than 10 percent of what we innovate is commercialised, which is quite frightening.”
And then there is the inevitability of technology and automation changing the manufacturing from the inside out. Call it Industry 4.0 if you like, in Wales it seems a long way off for some – but the momentum is also there.
Price points out that, as factors such as higher minimum wages and compulsory pensions drive up the cost of skills, the cost of automation is coming down. This makes its appeal ever greater for companies with the potential to benefit.
“It is very sector specific – the automotive industry seems ahead of the game while other sectors seem way behind,” Price said. “Wales is less productive than other parts of the UK and that creates a compelling argument as well. We have to accept that automation is inevitable.”
David O’Keeffe is operations director at Swansea-based Trojan Electronics, which undertakes repairs, refurbishments and sub-contract manufacturing for large multinationals. He agrees that technology is changing manufacturing quickly but he is also wary of the relevance of Industry 4.0 to smaller manufacturers.
“Technology is definitely changing things – we see a lot more miniaturisation, for example,” he said. “But in terms of true automation, I think it is more applicable to bigger companies. Our real strengths are flexibility, quality and lead time.”
[title size=”2″]The infrastructure question[/title]

There are other challenges unique to Wales. Probably the biggest bugbear of manufacturers in the country is poor quality infrastructure, in every respect.
The owners of Cambrian Pet Foods, a Carmarthenshire-based manufacturer of wet and dry pet foods, are increasingly frustrated by the limitations. They cite the poor road networks, rail links, speed of broadband and mobile phone reception as all being factors that increase their costs and make doing business more difficult. Richard Davies, operations director, said the cost of gas at one of its plants is 10 times what it is in other areas because of a lack of basic infrastructure. And while they benefit from a loyal workforce, there are also limitations on attracting additional quality of skilled people to a rural location. The company sees the public sector as a competitor for staff; it offers better pensions, overtime, flexible working other benefits.
[content_boxes layout=”icon-on-side” iconcolor=”” circlecolor=”” circlebordercolor=”” backgroundcolor=”#fffccc”]
[content_box title=”NOVEMBER: TATA STEEL ANNOUNCES £30M FOR PORT TALBOT STEELWORKS” icon=”” image=”” image_width=”300″ image_height=”200″ link=”” linktarget=”_self” linktext=”” animation_type=”0″ animation_direction=”down” animation_speed=”0.1″]
Tata Steel says that the investment will help meet the emerging need for next-generation steels for hybrid and electric cars, for energy-efficient homes and buildings and innovative food packaging. A Basic Oxygen Steelmaking (BOS) vessel – weighing 500 tonnes – is to be replaced at Tata Steel’s Port Talbot site. At the same time, the company is replacing the massive cranes in the steelplant, and installing enhanced dust extraction hoods and energy-efficient drives to minimise emissions.
The 11-metre high BOS vessel is used to convert iron into steel before it is further processed and delivered to customers. It will be able to convert 330 tonnes of iron into steel in each cycle.
[/content_box]
[/content_boxes]
[title size=”2″]Brexit and beyond[/title]
Byard of the EEF believes industry is better off solving the bigger challenges; if the right strategy is in place, Brexit will be easier. “If we get all other elements to aid competitiveness right, we will be in a better and fitter position to move forward. We have a two year window to drive these initiatives forward and raise confidence and investment,” he said.
But there are also examples of what a ‘no deal’ could really mean for companies on the ground. Price said one tier 2 automotive manufacturer he met with recently has been asked by its large client to sign an agreement saying that in the event of a ‘no deal’ they would be willing to absorb all potential costs relating to tariffs.
“The Tier 1 suppliers hold all the power. Frankly, Brexit is the biggest concern of a large number of manufacturers in Wales. They are concerned it will hit economic confidence whatever happens but, overlaying that, the potential of a no deal is terrifying to anyone selling and trading across European borders.”
[title size=”2″]North Wales: wings and engines[/title]
The dynamic for some of the big manufacturers in North Wales is relatively stable but they, too, are concerned about the potential impact of Brexit.
Airbus employs 6,000 people at Broughton, Flintshire, where it makes wings for its airliner series. It has been forced to reduce the rate of production of its superjumbo A380 double-decker airliner in July, after orders dropped. As other series are selling quite well, there has been no suggestion that this would impact jobs or production at Broughton.
The bigger concern seems to be around any potential restrictions on the movement of parts and materials that may come into force following Brexit, although the company itself maintains that it would work through any restrictions.
Other manufactures in the region have cited similar concerns. Toyota Motor Manufacturing, which in 2017 celebrated 25 years of vehicle engine manufacture at Deeside, urged the UK government to lift the “fog” around Brexit negotiations, to safeguard the competitiveness of the carmaker’s factories in the country.
[t4p_tabs layout=”horizontal” backgroundcolor=”” inactivecolor=””]
[t4p_tab title=”Written By”]Wyn Jenkins is a former editor of Swansea Business Life. He is now managing director of publishing company Seren Global Media[/t4p_tab]
[/t4p_tabs] 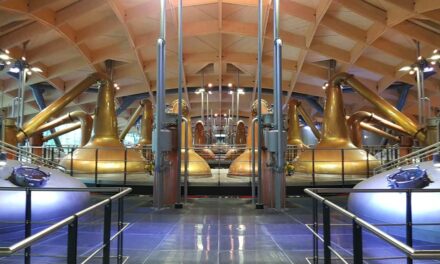 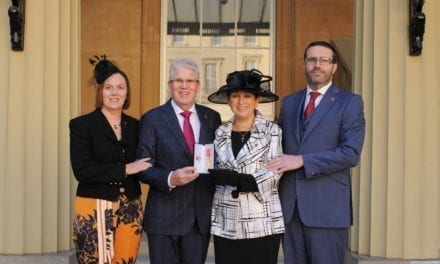 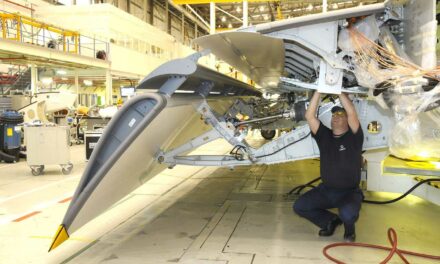