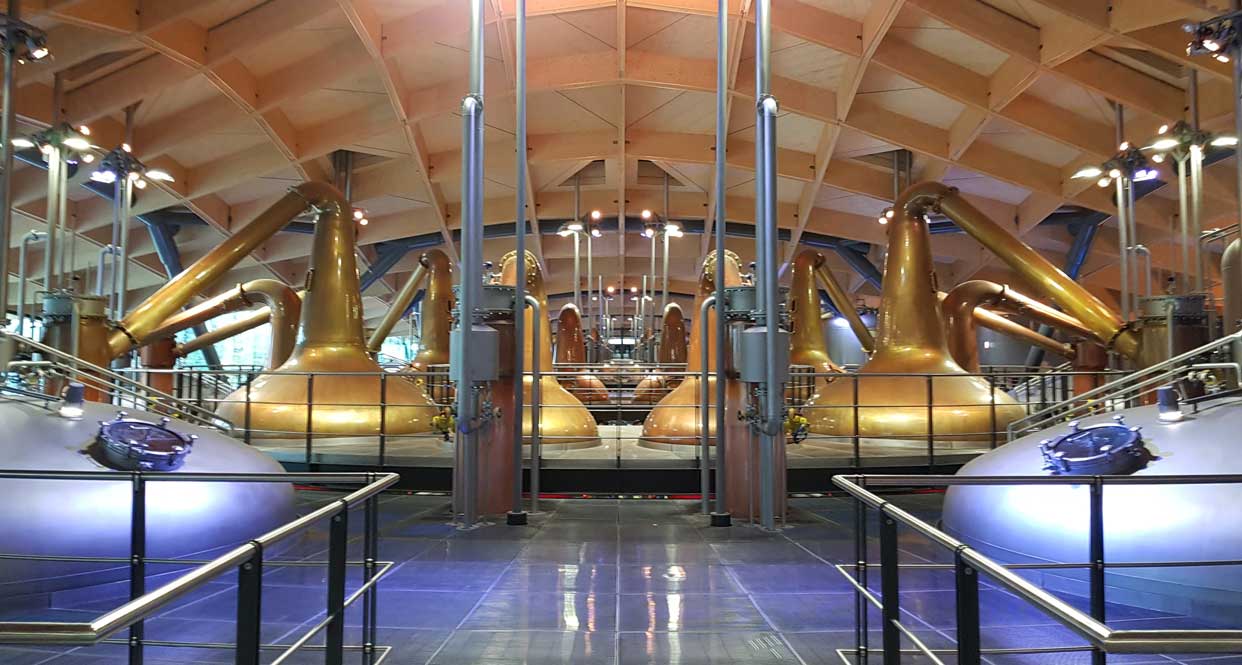 From ships to whisky, manufacturers set sights on future support and calmer conditions
BY ERIKKA ASKELAND 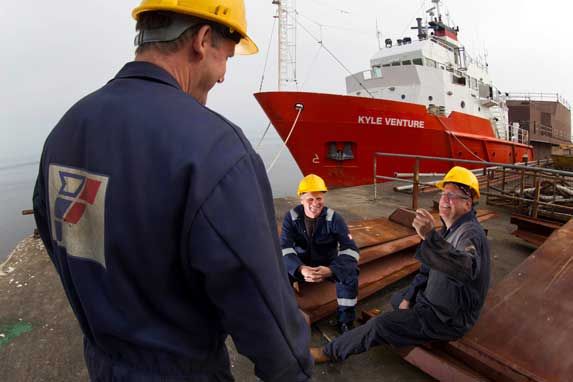 Jobs at Ferguson Marine were saved when the ship builder was nationalised after an acrimonious dispute over delays with its owner Jim McColl.

Scotland’s manufacturing sector faced a challenging year being buffeted by domestic and international crises outside its control. It faced uncertainty over the UK’s departure from the European Union, currency fluctuations and, in the latter part of the year, punitive tariffs applied by the US on exports that are the very essence of Scottish-made products: whisky, shortbread and cashmere jumpers.

Turmoil formed a backdrop to a dramatic struggle over one of the jewels of Scotland’s manufacturing heritage. Ferguson Marine was one of the last ship builders on the Clyde when it was rescued in 2014 from collapse by Jim McColl, one of Scotland’s best-known industrialists. McColl, who retains a portfolio of global engineering businesses through his investment vehicle, Clyde Blowers Capital, pledged investment and growth. The deal was underpinned by a £97million order for two new dual-fuel ferries for Caledonian Maritime Assets, the state-owned company that leases vessels to Caledonian MacBrayne (CalMac) also owned by the Scottish Government and operator of life-line ferry services on the West Coast of Scotland.

Delays and acrimony caused the Scottish Government to call in loans plus interest, worth around £49million, in a move that put the company into administration and took the shipyard into state ownership in November, saving 300 jobs.

Manufacturing employment in Scotland has been in slow decline, down to around 185,000 in 2017 from 189,000 in 2014, according to the Office for National Statistics. However Scottish Enterprise says the sector is still strong, comprising around 10,000 companies.

The most recent figures available show exports of manufactured goods had been in rude health – driven perhaps by pound sterling volatility that followed in the wake the vote to leave the EU in 2016. International exports from the manufacturing sector increased 10.3%, to £17.6 billion in 2017.

The star performer of Scotland’s manufactured exports remains whisky. HM Revenue and Customs (HMRC) revealed the export value of Scotch grew 7.8%, to a record £4.7billion in 2018; exports to the US passed the £1billion mark for the first time. A 25% rise in tariffs on exports to the US in October came as a blow, in what was a retaliatory move over EU subsidies paid to European aerospace firm, Airbus.

SWA chief executive Karen Betts warned the taxes would cause a drop off in investment, productivity and jobs in the sector and called on the UK government to reduce taxes domestically to mitigate the impact. Walkers, the UK’s largest exporter of biscuits and shortbread, had already shipped most of its Christmas product to the US before the tariffs came into force but expressed worry about the 1,600 workers it requires for its peak manufacturing season. James Whithers, chief executive of trade body Scotland Food & Drink, said that the tariffs were a “real blow” but there were hopes of some change.

“It looks like there will be a review next February. At that point, the level of tariff on individual products could change; so too the categories of products affected. Either way, at a time of Brexit uncertainty, new barriers in another key market is not good for anyone,” he said. 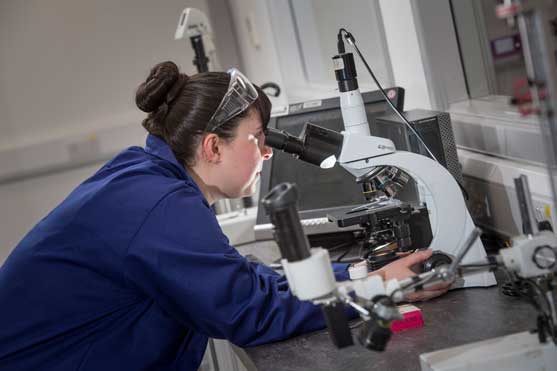 The Scottish Chambers of Commerce’s quarterly economic survey revealed the impact of manufacturers stockpiling materials ahead of the first Brexit deadline at the end of March, to prevent supply chain gaps if goods were held up at the border. In July, the Chamber confirmed that the manufacturing sector took the biggest impact from Brexit uncertainty as stockpiling in Q1 meant capacity utilisation hit its lowest level in ten years in Q2. By the third quarter survey, the Scottish Chambers noted that confidence among frustrated manufacturers had “tanked”.

There was some return of confidence in the oil and gas industry, as commodity prices largely recovered from lows hit in the oil price crash of 2014. Two well-known manufacturing names in the energy supply chain consolidated in 2019. Balmoral Group, which specialises in buoyancy and elastomer subsea products as well as a growing international tanks business, undertook two transactions investing cash in Turriffbased Ace Winches.

“The past year has not been without its challenges,” said Jim Milne, chairman of Balmoral Group. “As with most UK manufacturers we have had to deal with significant uncertainties in the raw materials supply chain while future potential import and export regulations remain of concern.

“We are making good progress in the offshore wind market, with a number of patented cable protection products about to be fully launched into the industry. Overall, we remain optimistic across all divisions of the Group as we head into uncharted territory in 2020.”

Following the announcement that French tyre firm Michelin would close its plant in Dundee, the Scottish Government announced a £60m funding commitment in November to turn the site into the Michelin Scotland Innovation Parc (MSIP). It will be a focal point for clean transport and low carbon energy, which fits in with the Scottish Government’s plan to re-engineer Scotland’s economy to be net zero emission by 2045 – five years sooner than the rest of the UK. 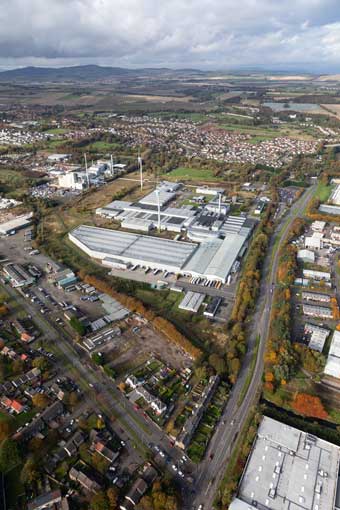 Michelin’s long-established plant in Dundee is no more. The site is to be transformed into the Michelin Scotland Innovation Parc (MSIP). 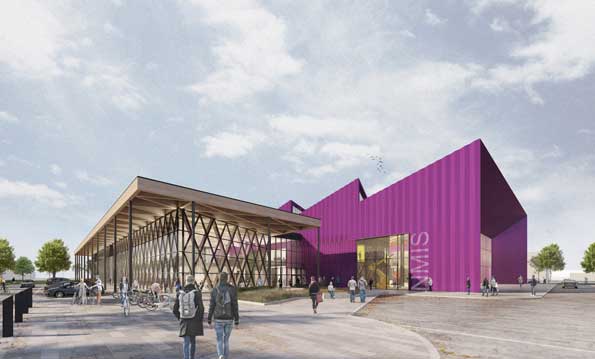 David Leven, Head of High Value Manufacturing at Scottish Enterprise, said “We are embarking as an organisation and a country on achieving a restructuring of the economy and part of that is a move towards high value manufacturing,

“We recognise that, to be a resilient and prosperous economy we need to do more to industrialise our fantastic research capability. Scotland stands out from many places in the world in terms of research and innovation. We could do more in terms of industrialising and, by definition, growing the manufacturing base.” 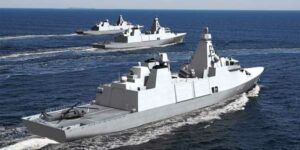 Babcock International’s ‘Arrowhead’ project has been selected for the Royal Navy’s Type 31 Frigate fleet. It will be built at Rosyth yard. 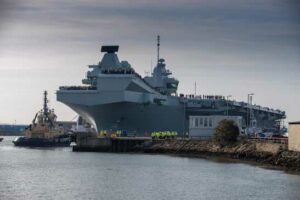 Rosyth Dockyard in Fife is involved in the construction and support of HMS Prince of Wales, which is (with HMS Queen Elizabeth) the UK’s largest-ever aircraft carrier.

Babcock, which operates from the port of Rosyth on the east coast of Scotland, was named the preferred bidder for the £1.3 billion contract to build a new fleet of Type 31 Royal Navy frigates. The aerospace contractor led the consortium bid for the “bargain” frigates –estimated to cost £250million each – which also includes Ferguson Marine. Prime Minister Boris Johnson said the deal would support 2,500 jobs throughout the UK and could herald better times for the now nationalised workforce on the Clyde.