According to the Greater London Authority, industrial land values range from £2.5m/hectare in East London to £6.2m in the Park Royal/Heathrow area.
[title size=”4″]London has historically been a centre for manufacturing but a broad shift to a service-based economy – including financial services – over the past three decades has been made at the expense of manufacturing operations. This is reflected in the number of related jobs. In 1960, manufacturers in London employed 1.5 million people; there are now just over 120,000 manufacturing jobs in the capital. Julian Buckley reports. [/title]

The Whitechapel Bell Foundry, in business for 446 years and noted in the Guinness Book of World Records as the oldest manufacturer in Britain, sold its foundry site in 2017. The intention is that the proceeds will help sustain the business in a location outside the capital.

As land values in London have sky rocketed, in large part due to foreign real estate investment, many manufacturers in the city have elected to sell up and use part of that profit to relocate outside Greater London (the area within the M25 London Orbital motorway).

Some, though, have remained. In East London, the Ford plant in Dagenham is the carmaker’s largest diesel engine production facility. Moving towards central London, the Tate & Lyle sugar refinery remains in operation. In the north, Warburtons is still producing baked goods on an industrial scale, while in the west Fuller’s and Nestle continue to respectively produce beer and chocolate confections.
There are many reasons manufacturers stay in London. In some cases, the legacy manufacturing site represents investment which cannot be recouped through simple land sale. According to the Greater London Authority, industrial land values range from £2.5m/hectare in East London to £6.2m in the Park Royal/Heathrow area. In other cases, the product is time-sensitive and demands direct access to the London market.
Further, London offers access to specialist labour which might be expensive or simply unavailable in other regions. For others, there is considerable cachet associated with goods produced in the UK capital.
There are programmes in place to try and support manufacturing within Greater London. The Society of London Manufacturers manages so-called Business Improvement Districts in Wandsworth, South Wimbledon, Sutton and Mitcham. These are designated areas where all businesses pay an additional levy for the maintenance, development and promotion of their district, based on the rateable value of the individual business unit. At the Wandsworth location there are 68 small businesses, many dedicated to producing finished goods onsite.
[title size=”2″]Outside the ring: the wider South-east[/title]
The south-east England manufacturing region comprises Greater London, Berkshire, Buckinghamshire, Hampshire, the Isle of Wight, Kent, Surrey, East Sussex and West Sussex, and also currently includes Oxfordshire. Major business centres include Reading, Maidenhead, Southampton/ Portsmouth, Brighton and Hove, Crawley, Maidstone and the north Kent coast (Chatham, etc.). Industrial development hubs, such as the Gatwick Diamond, also support manufacturing.
[title size=”2″]Mini sparks up[/title]

BMW has confirmed that the Mini Electric will be built at Plat Oxford in Cowley. Production is expected to start in 2019

BMW’s Plant Oxford employs around 4500 people in Cowley. One of the oldest auto production sites in the world, with a history stretching back to 1912, the facility is now the primary production site for the Mini brand. In July 2017, BMW announced that Plant Oxford would assemble the new Mini Electric, a battery-electric version of the standard vehicle. Production starts in 2019, although total output can be expected to make up a very small portion of the 360,000 vehicles built each year at the facility.
As of 2013, 8.79m (13 percent of the UK population) people lived in the South-East. As many of the businesses relocating out of London have moved beyond the south-east region the area has developed a distinct manufacturing cross-section, compared with the capital.
[title size=”2″]Exceedingly good[/title]

Food and drink, the largest regional manufacturing sector (14.8 percent), includes Premier Foods, which is headquartered in St Albans, Herts, is the owner and producer of brands including Mr Kipling Cakes; Sharwood’s; Saxa; and Oxo.
Among a number of investments and product launches this year were the renewal of its longstanding agreement with Mondelez International to produce Cadbury branded cakes and ambient desserts; and a range of ready-to-use sauces and gravies aimed at the 60 percent of grocery spending from single or two-person households. It announced a return to profit in November 2017. Also in November, its Knighton Foods subsidiary announced a profit sharing agreement with a OptiBiotix Health plc for the manufacture and distribution the breakthrough weight-loss product, SlimBiome.
The South-East is also a significant producer of beers, both volume and craft.

[title size=”2″]Current affairs[/title]
The second-largest area is electronics and computer equipment (13.0 percent). This includes a series of solution providers, including Simtek EMS and a cluster of manufacturers in East Sussex, among them Photek, of St Leonards-on-Sea, which announced two major product launches in 2017. Its iCMOS 160 high-speed intensified imager, which offers 160 frames per second at 2.2 Megapixels, is claimed to enable faster and higher sensitivity measurements in applications, including plasma physics, fluorescence lifetime imaging and combustion diagnostics. Its second major new product, AuraTek ™ multi-channel Photon Counter, is targeted at high energy and nuclear physics, time resolved fluorescence, and spectroscopy, light detection and ranging (LIDAR).
MPE Electronics of Uckfield, East Sussex, and Wilson Process Systems, of Hastings, are just two from a range of contractors in the region. This particular sector has relied significantly on highly qualified workers from the EU, especially the Baltic Sea countries. There is concern about the possible impact of Brexit on this particular labour supply. One (anonymous) commentator said that UK-born candidates with the right qualifications were few and far between and the attitude and commitment did not seem to be at the same level as Europeans, either. There is demand: every day sees several dozen electrical engineering vacancies being advertised in the area.
[title size=”2″]Innovation is king[/title]
The South-east Local Enterprise Partnership reports that 15 percent of business turnover in the region is generated by products and services that are new to the market, compared with just 6 percent across England as a whole. In a region that includes aerospace, energy, automotive and pharmaceutical product companies such as BAE Systems, Teledyne e2V, Delphi, and GlaxoSmithKline, this claim is not a complete surprise. What can raise an eyebrow is the optical products cluster around Southampton, led by US-owned CooperVision – which has three facilities in the area, including an R&D laboratory – and MJS Lens Technology Services Ltd, which provides contracting services and machinery and equipment for contact lens manufacture and distribution. In January, CooperVision commercially launched its Biofinity Energys™ contact lens, which is particularly targeted at wearers who use digital technology.

[content_boxes layout=”icon-on-side” iconcolor=”” circlecolor=”” circlebordercolor=”” backgroundcolor=”#fffccc”]
[content_box title=”FOCUS ON EXPORTING” icon=”” image=”” image_width=”300″ image_height=”200″ link=”” linktarget=”_self” linktext=”” animation_type=”0″ animation_direction=”down” animation_speed=”0.1″]
“Giles Forster, chairman of HepcoMotion Ltd: Brexit could provide new opportunities to sell into new markets but instability is something most businesses can do without. Britain’s economy has so far performed better than many economists predicted in the wake of the Brexit vote. 80 percent of our production at HepcoMotion is exported; the fall in the pound has increased our competitiveness, providing significant growth.
There’s no denying however, that the UK manufacturing industry is facing challenging and unpredictable times. If the ‘remainers’ were right, the ‘post apocalyptic recession’ could impact consumer spending. Working in an industry where our components are a key part of manufacturing and packaging machines for fast moving consumer goods, this would not be good news for us and other UK manufacturers. Providing that the pound stays low and European consumer spending isn’t affected, UK manufacturers focused on exporting will be ok. An alternative outcome is that the low pound will help to grow UK manufacturing exports, which creates more jobs and opportunities in the UK. In turn, this would create a period of growth, without that recession. With a 10 percent increase in personnel in the last six months at Hepco, mvaybe we have already begun this journey.”
[/content_box]
[/content_boxes]
[title size=”2″]Picked and packed[/title]
Wood and paper products is the third-largest sector, with key players including industrial paper goods supplier Smurfit Kappa. After a challenging period, investment in automation and drives to reduce costs and compete with overseas firms appear to have borne fruit. It has also announced a series of technical innovations this year, as well as celebrating a notable anniversary.
Its ‘SupplySmart’ campaign is designed to target packaging design for the optimal box specification, balancing performance and cost, while improving pallet stacking and reducing the number of trucks needed to transport goods. Smurfit Kappa said the tool gives visibility of packaging’s impact across the supply chain, providing ‘actionable insights’ and solutions to deliver tangible cost savings. It also patented anti-counterfeiting packaging, which incorporates a unique identifier behind a tamper-evident seal. And that anniversary? It has been 40 years since wine box bag-in-box solutions first graced retail shelves. Rising sales have been reported in Argentina, Denmark, Norway, Russia, Sweden, the USA – and France.
[t4p_tabs layout=”horizontal” backgroundcolor=”” inactivecolor=””]
[t4p_tab title=”Written By”]Julian Buckley is a journalist and magazine editor with over 15 years covering the automotive industry. Areas of expertise include vehicle manufacturing and component purchasing/supply[/t4p_tab]
[/t4p_tabs] 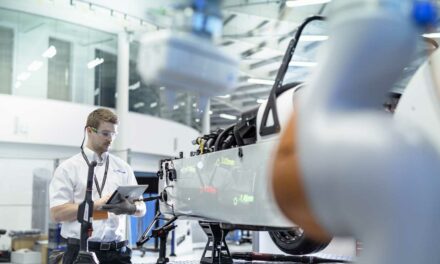 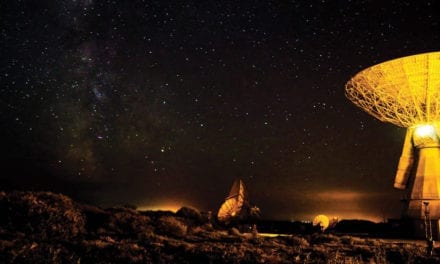 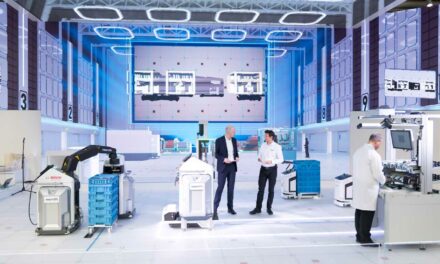 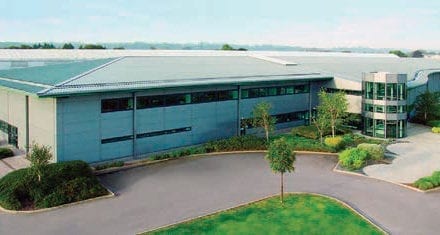