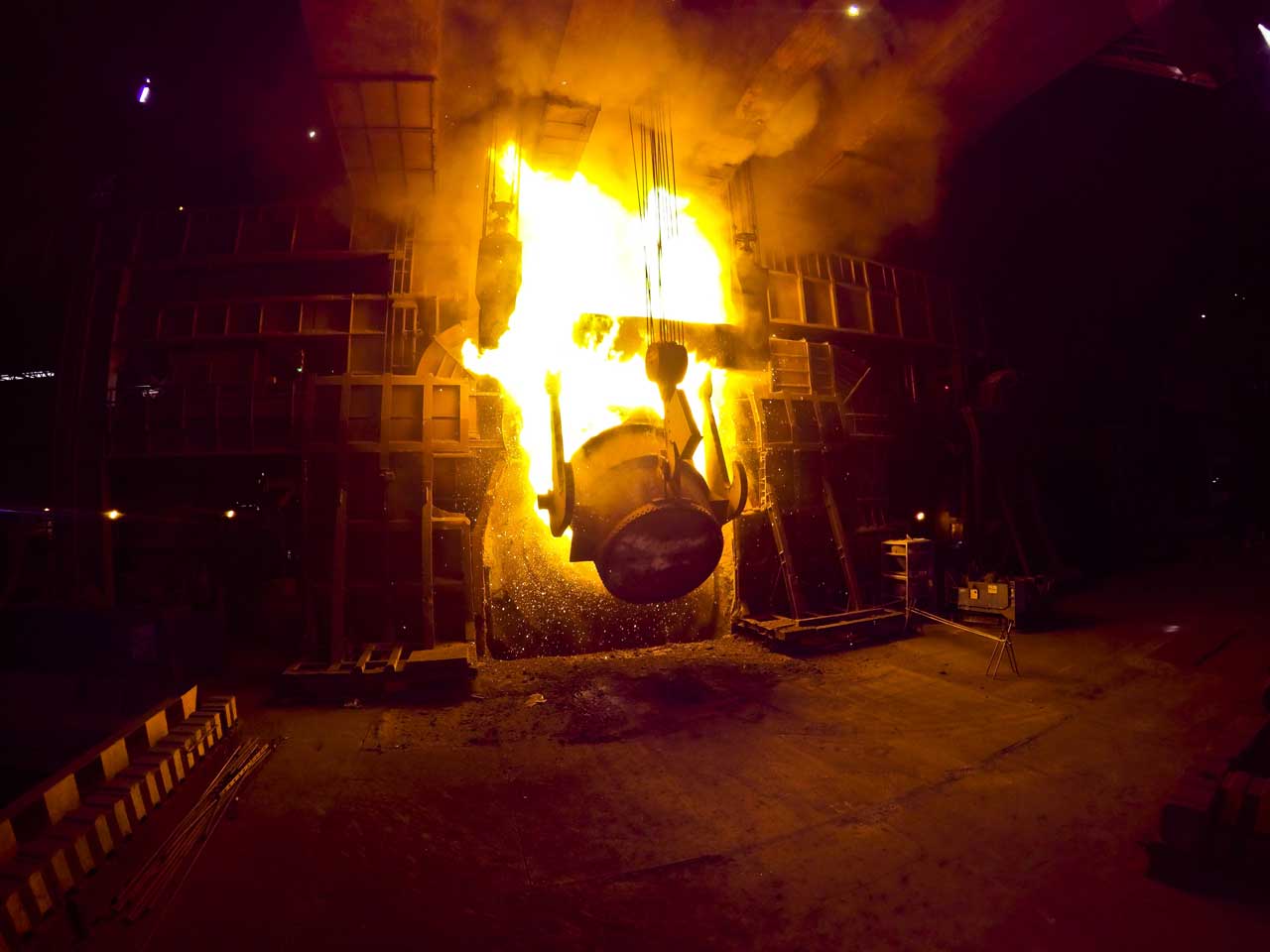 After a relatively bullish 2018, the confidence of manufacturers in Wales waned in 2019 as the sector enjoyed mixed fortunes despite investment by the Welsh Government.

Brexit uncertainty had a tangibly negative effect on manufacturing in Wales, which grew more pronounced as 2019 wore on.

“Things have really slowed up in Q4; every discussion I have attended notes that demand has fallen off a cliff. The uncertainty has really hit; it is even impacting businesses that considered themselves immune to Brexit,” says Ian Price, Wales Director, CBI.

Price’s view from the ground in Wales is borne out by the CBI’s pan-UK monthly Industrial Trends Survey, which painted a bleak picture in both September and October. Manufacturing output declined in the quarter to October, marking four consecutive months of flat or falling output volumes; manufacturers expect output to fall at a slightly faster rate in the next three months. Total new order volumes also fell in the three months to October and manufacturers expect decline to continue in the next three months. Wales is the area of the UK most reliant on trade with Europe; almost two-thirds of its exports go to the EU. 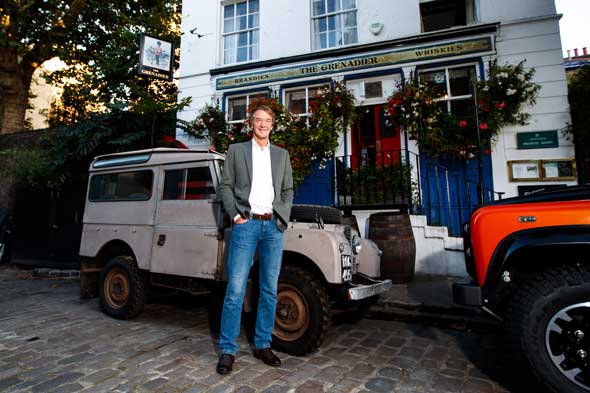 Ineos’ CEO Jim Ratcliffe announced the company’s intention to build its Grenadier 4×4 vehicle at Bridgend, which was good news for a town hit hard by Ford’s closure of its engine plant.

Make UK’s Quarterly Manufacturing Outlook Survey, published in July 2019 and covering Q3 2018 to Q2 2019 showed manufacturing output in Wales as stable (outperforming the UK average despite volatility), and positive sentiment towards employment and orders. But the survey also highlighted the contradiction that capital investment has plummeted, with companies more willing to invest in recruitment than other, less fungible, assets such as new equipment or machinery.

Automotive: some good, some bad

The automotive industry well illustrates the mixed bag that manufacturing in Wales has held through 2019. In September, Ineos Automotive selected Bridgend for the production of its new 4×4 vehicle, creating 200 jobs. In November, Aston Martin unveiled the first of its new luxury SUVs to leave its production line at a new factory in St Athan, South Wales. The site will eventually employ 750 people. Both companies received financial support from the Welsh Government, though the amounts were not disclosed.

The investments and jobs are much needed. Both new plants are located within a 20-minute drive of Ford’s Bridgend plant, which will close in September 2020 with the loss of 1700 jobs. The company blamed changing customer demand and rising costs. It denied Brexit was a factor.

There are positives elsewhere. Airbus, which employs 6000 at its wing factory in Broughton, Flintshire, and a further 400 in Newport, warned in 2018 it could leave the UK if the terms of Brexit are unfavourable. The Welsh Government gave financial support to help it prepare.

More recently, it has been more bullish. In November, its chief executive stated that the company would remain loyal to the UK even in the event of a no deal Brexit. The company has also unveiled some very big orders and invested heavily in improving its facilities in Flintshire. 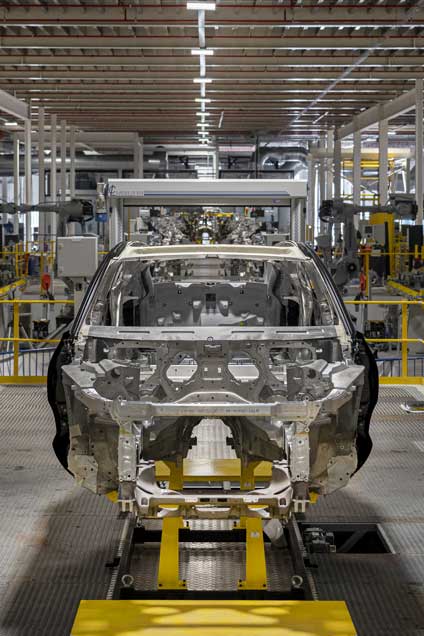 The manufacturing sector weathered the post-2008 economic slowdown better than many regions because of Welsh Government initiatives to upskill workers. EU funding amounting to £1.7m was secured as part of a wider £2.8m Advanced Design Engineering project intended to help SMEs leverage technology. Such priorities are guided by the Welsh Government’s Economic Action Plan, launched in December 2017 but fleshed out in May 2018 and again in early 2019, which is now broadly supported by the private sector.

The Development Bank of Wales invested £80 million in total in its last full financial year, an increase of 18% on the previous year, and manufacturing has been a key target; in the 12 months to September 2019, it had invested some £11 million in the sector.

Many of those investments are designed to make manufacturers more efficient and improve productivity. Simon Vittle, Barclays manufacturing sector specialist for Wales, refers to the Barclays Corporate Banking Manufacturing report, released by the bank in November, that highlights the potential rewards for manufacturers that embrace new technology and distribution models. The report suggests that, in Wales alone, manufacturers able to use technology to sell direct to consumers would benefit from an £836 million boost. One in five firms in Wales have already embraced this trend.

“Many manufacturing firms still operate from Wales, having chosen to buck the trend of outsourcing manufacturing operations to Eastern Europe or Asia,” Vittle says. “Whilst 2019 has been a challenging year the manufacturing sector remains positive, with a number of success stories. High-tech customers, in particular, see Wales as a great location to grow and develop their business. 2020 promises to be an exciting year for Welsh manufacturing and the technology sector.”

One company epitomising this change – and the role of the Welsh Government – is Something Different Wholesale, a £6 million wholesale giftware business in Swansea that supplies products to retailers mainly in the UK (89%) but also Europe (12%) and the rest of the world (8%). It designs and distributes its products in Swansea but manufactures them in China. It is investing in technology that would enable its wholesale customers to market and sell its products, without touching them. Something Different Wholesale would deliver direct, in a model known as drop shipping. It has secured support from the Development Bank of Wales in the form of a £100,00 loan, which it used for bigger premises. 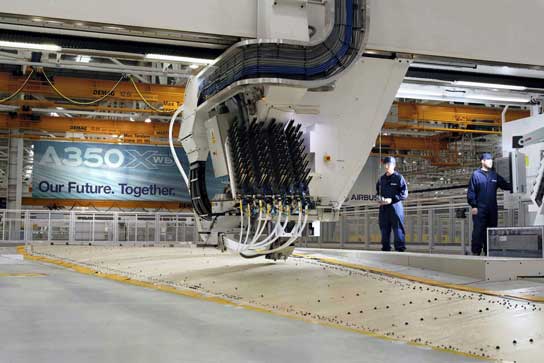 Operators John Huxley (left) and John Kennedy at the controls of the new drilling machine in the A350 jig , North Factory, Broughton, North Wales. 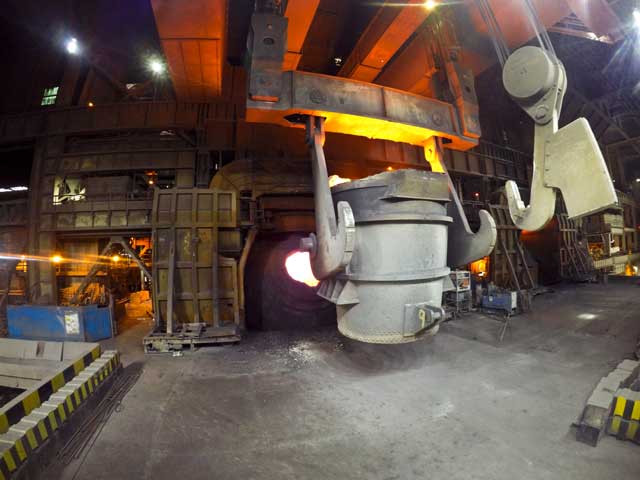 s at Tata Steel, which employs some 7000 people in Wales. Its proposed merger with Thyssenkrupp, which appeared to offer more certainty for the company’s future in the Principality, was blocked by EU antitrust regulators. More recently, it has unveiled plans to slash some 3,000 jobs across Europe as it grapples with what it called a “severe” international steel market. 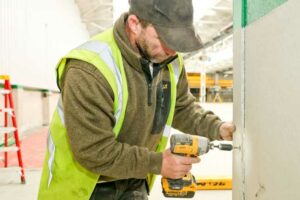 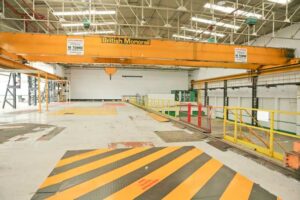 The company has had no support from the Welsh Government. From its new 250,000 sq ft site, much of which is indoors, it will manufacture large segments of homes, ready to be assembled on site. The investment will allow Sevenoaks to go from producing 1000 homes per year to more than 3000.

“The construction industry is moving more towards offsite construction methods, which save time and money. and this site is perfect for our expansion into this way of working across all the businesses. We look forward to creating many more high-quality jobs in the town and returning this site to its former glory as a hub of industry in Neath,” says Jonathan Hale, chairman of Sevenoaks Modular.