Above: Dimitris Presvytis Advanced Materials Team Leader at Thomas Swan with the graphene carbon fibre prepreg prototype
[title size=”4″]When people think of the chemical manufacturing hubs of the world, the vast network of refineries in Texas, Singapore or the Middle East spring first to mind – but the United Kingdom is actually the 11th largest chemical and pharmaceutical manufacturer in the world.[/title]


The chemicals sector contributes £15bn annually to the British economy, employs over 500,000 people directly and indirectly, spends £4.4 billion annually on buildings and infrastructure, and invests more than £5 billion on R&D every year. The chemicals sector is growing in importance to the UK economy. The Office for National Statistics data estimates the number of direct jobs in the chemical and pharmaceutical manufacturing sector increased from 138,000 in 2016 to 145,000 in 2017. In addition to being the 11th biggest chemical powerhouse in the world, the UK is the fourth largest in Europe. No less than 63% of companies in this sector export to the rest of the world – a higher percentage than any other sector in British manufacturing.
[content_boxes layout=”icon-with-title” iconcolor=”” circlecolor=”” circlebordercolor=”” backgroundcolor=””] [content_box title=”Hot Topics” icon=”” image=”” image_width=”35″ image_height=”35″ link=”” linktarget=”_self” linktext=”” animation_type=”0″ animation_direction=”down” animation_speed=”0.1″]

63% of UK companies in the chemicals sector are exporters (Credit: Ineos)

Which leads to the overarching question: what will happen with Brexit?
The uncertainties and worries swirling around losing access to the single market and everything that will come with that – new tariffs, loss of skilled labour, creating new regulatory frameworks – looks to have rippling effects throughout the entire chemical sector, perhaps to a degree more pronounced than other manufacturing industries within the UK.
According to the Chemicals Industries Association (CIA), around 60% of the UK’s chemical exports go to the EU, and 75% of the UK’s raw material imports come from the EU. The real value of exports to the EU increased by 8.5% between Q1 2017 and Q2 2017, compared to just 5.6% with the rest of the world. The business relationship with the continent is clearly not inconsequential. The CIA is firmly of the opinion that it prefers access to the single market, and on the conditions that already exist within membership of the Union.
In July 2017 the CIA laid out a formal statement outlining their key concerns regarding the new trade deals: ensuring regulatory consistency with risk and hazard guidelines, maintaining frictionless free trade, and assuring continued access to skilled people. The chemicals industry is profoundly reliant on a very skilled temporary workforce with a precise suite of certifications.

“One specific problem for our industry is maintenance of large facilities,” says Stephen Elliot, chief executive of the Chemical Industries Association (CIA). “Take a large petrochemical plant: every five or so years they will have to do an enormous maintenance survey of the entire facility, which involves shutting down the plant gradually, doing the maintenance, and starting it back up, again gradually. That is no easy task, and we are reliant on a very mobile, skilled and flexible Eastern European workforce that moves from project to project around the continent.” Replacing them quickly with newly trained British engineers will be far from easy.
On the question of tariffs, Elliot suggests that those on chemicals and reagents will be between 5.5% and 6.5% for any chemical product going across the channel.
[content_boxes layout=”icon-on-side” iconcolor=”” circlecolor=”” circlebordercolor=”” backgroundcolor=”#fffccc”]
[content_box title=”News in Brief” icon=”” image=”” image_width=”300″ image_height=”200″ link=”” linktarget=”_self” linktext=”” animation_type=”0″ animation_direction=”down” animation_speed=”0.1″]

Johnson Matthey’s complex, 3D-printed ceramic products are used in a range of industries including aerospace and automotive

BASF won the 2017 Chemical Industries Association award for Reputation and Innovation for its landmark bio-acrylamides (BioACM) plant at Bradford, which opened in 2016. This facility – one of the largest in the UK, employing 600 people – is a world-class production hub for polyacrylamides, which are used in wastewater treatment, mineral processing, papermaking and enhanced oil recovery.
Johnson Matthey has for some time been producing tiny, bespoke, complex 3D-printed ceramic products with geometric features as small as 400 micrometres. They are used in industries including medical, aerospace, and automotive. In August 2017 it announced the opening of a new facility at its site in Royston, Hertfordshire, devoted to producing these unique components and researching new ways to refine them.
Ineos’ acquisition of the 235-mile long North Sea Forties Pipeline System from BP, plus Total E&P Limited’s licenses to explore onshore, will reduce the proportion of raw material it imports from the US. Thomas Swan plans to expand the range of their Elicarb® Materials Grade Graphene range of products – such as “prepregs”: cloths woven with carbon fibres and resins – for use in sports equipment, car parts and possibly aerospace.
Croda, the speciality chemicals company, announced in February 2017 that it would invest £27 million into doubling the size and capacity of its facilities in Hull. The expansion will allow the company to produce high performance polymer additives, which are used by manufacturers of polymers worldwide to improve stability, reduce friction and increase resistance to scratching in a range of products, from plastic packaging to automobile components.
In Febuary 2017 Akzo Nobel, the paint and coatings manufacturer, announced a new £10.7 million investment into their research facilities in Felling, Gateshead – bringing their total investments in recent years at the site to £25 million. The company is increasingly moving to creative innovative coatings for the energy and mining sectors, producing new materials to protect against corrosion, fire and abrasion in extreme environments.
In 2018 the National Formulation Centre, a new research and incubation facility, will open in Sedgefield, Durham. It is part of the Centre for Process Innovation (CPI), an open access centre that connects academics with industry to develop, prove, prototype and scale up new products. Companies such as AstraZeneca, Pfizer Inc., Johnson Matthey, Proctor & Gamble and others have used other CPI facilities to initiate a variety of projects, ranging from fuel cells to surfactants.
[/content_box]
[/content_boxes]
[title size=”2”]Chasing the paper trail[/title]
“In isolation that might not seem like such a big problem, even if the pound is devalued by anything between 15% to 20%. The issue is the cumulative impact: in the manufacture of a consumer good, an item starting from single building blocks to the finished product will often cross the channel three, four, even six times; that adds up,” he says. “Plus you have to consider the other barriers. Having to produce documents, attain clearance before a product can move, all this could be an absolute nightmare.”
Another paperwork nightmare could be compliance with existing health and safety regulations. At the moment, the UK operates under the EU framework known as REACH (Registration, Evaluation, Authorisation & restriction of Chemicals). This gargantuan piece of legislation is 849 pages long, and is described as one of the most complex acts in European History; it is the strictest law in world history regulating chemical substances.
It took seven years to complete after taking effect in 2007. REACH aims to ensure that all chemical goods and products sold or used anywhere within the union have all been consistently assessed for impacts on human health and the environment. Not just to provide easy trade and use of chemical ingredients throughout the union, but to ensure the health of every European citizen has been granted sufficient protection.
Testing every single chemical approved for use by manufacturers was a mammoth task – and a costly one. The CIA’s position is that the UK should remain as close as possible to the existing REACH regime.
“Staying within REACH would take us back to staying in the single market – and hence at the mercy of the European Court of Justice and all those political red line issues,” says Elliot. One alternative could be to set up a new UK framework and attempt to stay in line with REACH. But even if UK chemical manufacturers can try to ensure their health and safety testing and data are up to date with REACH, trading with other regimes across the world will encounter variations from the EU regulations.
“So there inevitably will be additional costs – and we certainly want to minimize those, as well as animal testing,” says Elliot. Already having to prepare for the exit, operating in an enormous cloud of unknowns, is proving costly.
[fullwidth menu_anchor=”” backgroundcolor=”” backgroundimage=”https://ukmfgreview.com/2017/wp-content/uploads/sites/11/2018/01/graphy_@2X.png” backgroundrepeat=”repeat” backgroundposition=”left top” backgroundattachment=”scroll” bordersize=”1px” bordercolor=”” paddingTop=”20px” paddingBottom=”20px”][title size=”2″]CHEMICAL DATA[/title]
[title size=”4″]THE CHEMICAL INDUSTRY ADDS £9 BN GVA TO THE UK ECONOMY EVERY YEAR[/title]
[counters_box]
[counter_box value=”63″ unit=”%” unit_pos=”suffix”]OF COMPANIES IN THE SECTOR ARE EXPORTERS; THE HIGHEST PROPORTION OF ANY GOODS MANUFACTURING SECTOR IN THE UK[/counter_box]
[/counters_box]
[title size=”4″]THE NUMBER OF JOBS IN THE CHEMICAL AND PHARMACEUTICAL MANUFACTURING SECTOR INCREASED BY 6% IN H1 2017, COMPARED WITH H1 2016[/title]
[title size=”4″]THE UK IS THE 11TH LARGEST CHEMICAL AND PHARMACEUTICAL PRODUCER IN THE WORLD AND THE 4TH LARGEST IN THE EU[/title]
[title size=”4″]EXPORTS TO THE EU INCREASED 8.5%, AND BY 5.6% TO THE REST OF THE WORLD BETWEEN Q1 2017 AND Q2 2017[/title]
[title size=”4″]BUSINESS INVESTMENT BY THE SECTOR TOTALLED IN Q1 2017[/title]
[title size=”4″]UK CHEMICAL COMPANIES INVEST NEARLY £3bn IN CAPITAL R&D[/title]
[/fullwidth]
[title size=”2″]Analysing the supply chain[/title]

“This is taking up a lot of management time, so there’s a clear productivity loss associated with Brexit already,” says Richard Carter, Managing Director of BASF in the UK and Ireland. “This high level of uncertainty has made budgeting and planning even more challenging than before.”
On the plus side, he says, having to prepare for any scenario – including a “no deal” situation – has forced all companies to conduct detailed analyses of the connectedness of their supply chains and partners, which is ultimately “not a waste of time” says Carter.
“I think by now we can assume that every company has done their analyses,” says Carter. “We need to be more pro-active in talking to each other – and ensuring that our industry’s voice is heard.”
[title size=”2”]The chemicalisation of Industry 4.0[/title]

Brexit isn’t the only sea-change for the industry.
Fracking continues to be a controversial subject. Ineos’ injunctions against protestors at its north-west of England sires, obtained earlier in 2017, were continued in November. It seems unlikely that the fuss will die down soon.
In the immediate term, chemical manufacturing is set to enter the world of Big Data – “Chemistry 4.0” as some have termed it. There have been four major stages in the evolution of chemical manufacturing, summarised in a primer released by Deloitte.[1]
First came industrialization and coal chemistry (1.0). Next, petrochemistry (2.0), then globalization and specialisation (3.0). Now the combined forces of digitization and the circular economy will see chemical manufacturers tap into the same tools – and become subject to the same costs and benefits – of mass-gathering and harnessing of data. Data on consumer usage, data on factory outputs, data on efficiency measures – every metric that can be harnessed will ideally feed into maximizing the efficiency of the entire sector.
“People are aware of Big Data in terms of social media, how data is collected and used. But in the manufacturing sector, we really need to drill down deeper and make sure that people are aware of the potential it has,” says Carter. “It’s also our responsibility to allay any concerns that people might have. It’s a form of rapid change and there are great opportunities – but we as managers have the responsibility to ensure that people understand it.” For example, the mass deployment of sensors, robotics and automation inevitably leads to fears of job losses.
“That is not our goal,” he asserts. “We need to ultimately make sure that we simply become more effective and efficient.”
[t4p_tabs layout=”horizontal” backgroundcolor=”” inactivecolor=””]
[t4p_tab title=”Written By”]Zoe Comier is journalist, science writer and author. Her work has featured in, among other titles, The Times, Wired, Nature, New Scientist and the Guardian. As a broadcaster and public speaker, she has appeared on BBC Radio 4’s Start The Week and CBC Radio[/t4p_tab]
[/t4p_tabs] 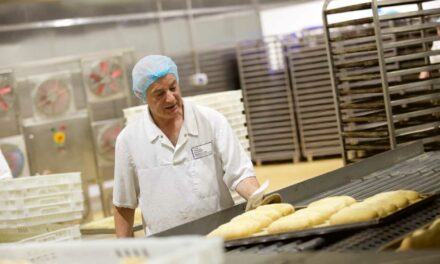 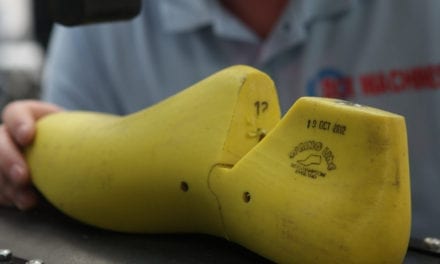 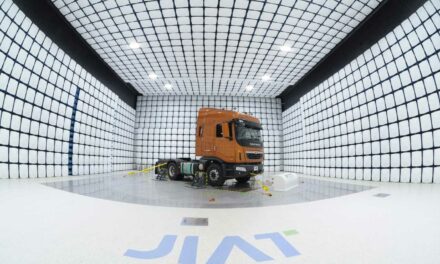 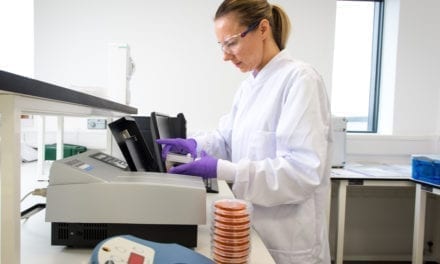