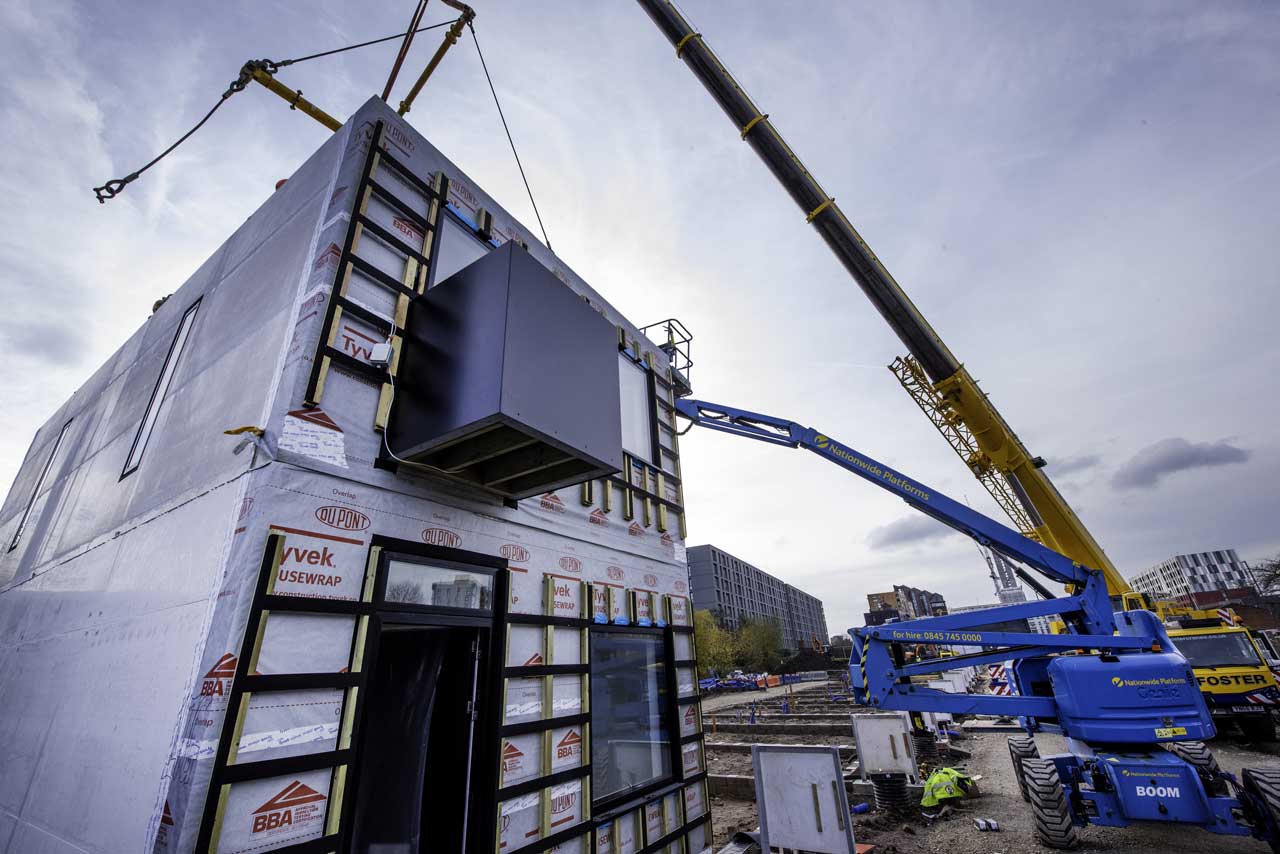 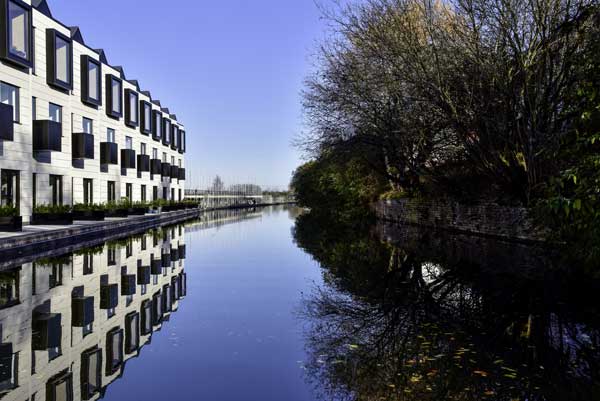 Optimism has grown in the past 12-months that housing’s Cinderella – offsite building manufacture – is poised to become mainstream, but so far that promise has yet to materialise and deep pockets have been necessary to sustain start-up costs on small turnovers.

There is certainly real momentum to develop modern methods of building construction, which means moving from the traditional brick and block building to various levels of factory fabrication – from the use of light gauge steel frame to the more radical modular or volumetric forms. With the latter, factory-made panel-built units are fully kitted out in the manufacturing plant, shipped to site and assembled and stacked to form houses and flats. This method has been attracting big investment in the UK in 2019 and interest is growing on the back of government policy promoting offsite housing manufacture.

Against a background of construction industry skills shortages, the government is banking on a modernisation of the sector, and a steady stream of new entrants to help increase the production of high quality homes to help meet its 300,000 annual target of new homes. Homes England, the government’s housing delivery agency, announced in September that it had invested £30m in Yorkshire-based factory homes start-up company Ilke Homes, as the first step in the development of a new Northern hub, dubbed the “Construction Corridor”.

Homes England has also played a part in other headline-making deals including, most significantly, working with Urban Splash and the Japanese housing giant Sekisui House. In this innovative joint venture, Sekisui House will invest £22m of new equity, with £30m of equity and debt funding coming from the Government’s Home Building Fund, managed by Homes England.

In addition a £75m investment last September from investment bank Goldman Sachs into manufacturer TopHat , which is building its first development in Chatham, Kent, was another major confidence boost for the sector.

Will the sector grow?

Richard Cawdron, relationship manager at Barclays, specialises in fast growth and disruptive technologies, advising clients how to become ‘debt ready’. He is optimistic that modular factory-built housing is a sector that will see very fast growth. “I would expect to see Barclays’ engagement growing 10-20 times in the next two or three years, albeit from a very low base,” he says. “I don’t see modular housing providing the majority of new homes built in the next five to 10 years, but its capacity as a portion of the UK’s new homes is expected to increase, and in that five to 10 year period we may even start to see modular construction taking significant share of the value end of the market.”

He adds “At the moment the sector is evolving quickly but is at an early stage in maturity. But the quality is so much higher than it was in the past and I think we are getting to the point where people are starting to accept modular. Homes can now be built, from start to finish, in just 40 days. Training people in a factory is so much easier and less time than a tradesperson working on site, and this will be key as we start to see skills shortages post-Brexit.”

Another emerging trend is the tie-up of manufacturers with local authorities and housing associations. This helps provide a consistent and predictable pipeline, which has been an Achilles heel for the building sector in the past. Ilke Homes signed a £100m deal in May last year with housing association Places for People to deliver 750 modular homes, for example. 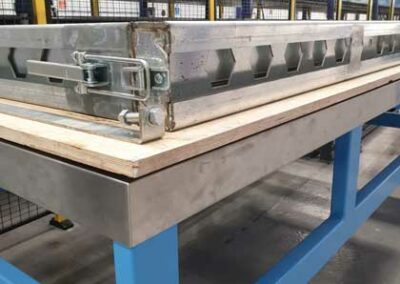 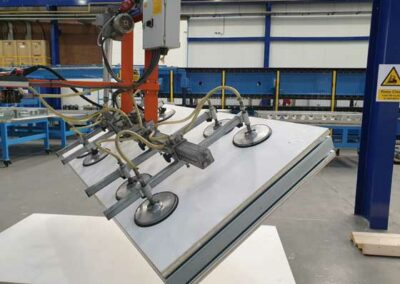 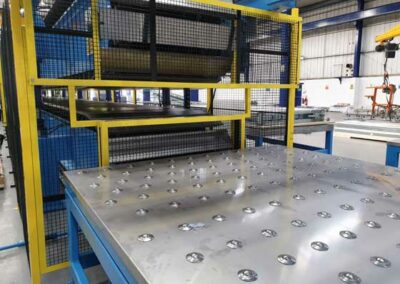 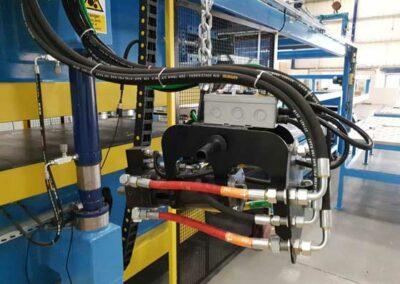 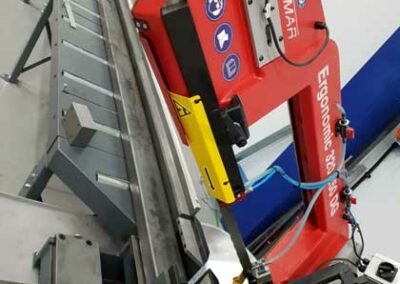 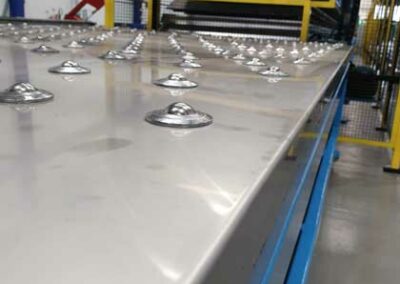 Project Etopia’s Ellesmere Port factory has the capacity for making 2,000 homes a year, with 400 a year in Tiverton 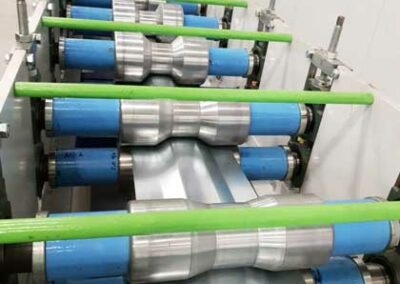 House building is ripe for disruption

One of those playing their part in trying to disrupt the housebuilding market is Joseph Daniels, founder and CEO of Project Etopia. His company received a £19m investment into its novel panel-building system from investors Reuben Brothers adding to the millions it has already received from hedge fund boss and former Conservative party treasurer Lord Fink.

It takes Project Etopia four weeks to construct a home, which it manufactures at either its factory in Tiverton, Devon, which has the capacity for 400 homes a year, or in Ellesmere Port, Cheshire, where there is capacity for 2,000.

“We have ambitions to grow capacity to 6,000 homes a year by adding two more lines and increasing shift working,” says Daniels. Two additional regional factories are also on the cards.

The company recently completed the first eco-houses on a 47-home modular commuter village in Corby, Northamptonshire. The houses have been awarded the highest EPC (energy performance certificate) grade possible – Grade A – and they are energy-positive thanks to built-in technology to generate and store energy, enabling the system to surpass the government’s new Future Home standard for net zero homes. Several houses have already been sold. Daniels says “The homes appeal to a new generation, people who want quality and want to tackle climate change.”

The modular building sector’s total current capacity is hard to estimate. Adam Challis, head of residential research at JLL and co-author of an April 2019 report Industrial-Scale Housing Solutions, says: “We estimate UK capacity to be the equivalent of circa 20,000 homes. Further, we expect this to grow significantly over the medium term and with continued Homes England and government support for MMC, it could triple in the next five years.”

His report says: “Our research shows that 13.5 million square feet of manufacturing space – the equivalent of over 200 football pitches – is needed to increase the number of new homes from the current rate of 190,000 to 300,000 per year.” One of those expanding capacity is contractor Laing O’Rourke, which has invested in an advanced offsite facility for making concrete panels in Steetley near Worksop. A company spokesperson says: “A decade ago we invested to create Europe’s most advanced construction components facility that has enabled the offsite delivery of residential, healthcare, commercial and infrastructure projects. We continue to work with a variety of partners on the plan for an even more advanced facility adjoining the current factory, which would be capable of producing 10,000 homes a year. Such an approach would revolutionise the sector’s approach to high quality offsite delivery.”

But despite the general market optimism, overheads and start-up costs still present a big risk. In December Ilke Homes, for example, posted losses of £22.4m in 2018/19 accounts on revenue of just under £2.7m. Its private equity backer TDR Capital has said that it would provide financial support to the company to make sure that has adequate resources to continue operating “for the foreseeable future”.

Legal & General, another major investor that established a modular homes business in 2015 with a factory near Leeds, to date has only seen a trickle of homes roll off its production line. Accounts reveal combined losses of more than £66m in 2018 and 2017. Rosie Toogood, CEO, L&G Modular Homes says: “We have made great progress over the last two years, completing the development process and bringing to market our two- and three-bedroom homes.”

She also highlights the accreditations and ISO standards that have been awarded and new technology systems that are “enabling us to robustly plan business activities and ramp-up production to scale.” Rosie adds: “We have a strong pipeline of customers for the next 12 months and beyond, working with partners from local councils to housing associations, we expect to be operating at full capacity – which is 3,000 homes per year – in the next five years.”

More stakeholders are acquiring certification for modular housing. Jeff Maxted, head of technical consultancy at BLP Insurance that administers BOPAS, an accreditation scheme to assure mortgage lenders and warranty lenders that the system can last for a minimum of 60 years, says registrations for 2019 were at record levels with more than 50 now accredited and more going through the process. But he adds “In truth, we are still not seeing many homes being built.” In Maxted’s view, “the onus is on manufacturers to bring their prices down and make the systems affordable, as most are aiming at registered social landlords and housing associations and a lot of start-ups have proved expensive.” JLL found that costs for modular housing are 12 per cent higher than traditional house-building.

BLP Insurance is confident that the market will grow, but Maxted says “there is general nervousness in the market about a number of things that still need to be addressed,” including the cost of repair, the impact of flood damage and fire, and poor coordination between building site and factory, which can lead to water ingress and damage to units. He adds: “There are also on-going issues around lack of standardisation, with manufacturers protecting their IP. That creates nervousness over whether if a company goes out of business another supplier would be able to step and finish the job.

“We are nearing the tipping point where offsite should become a significant contributor to the residential sector but we do not appear to be quite there yet”.