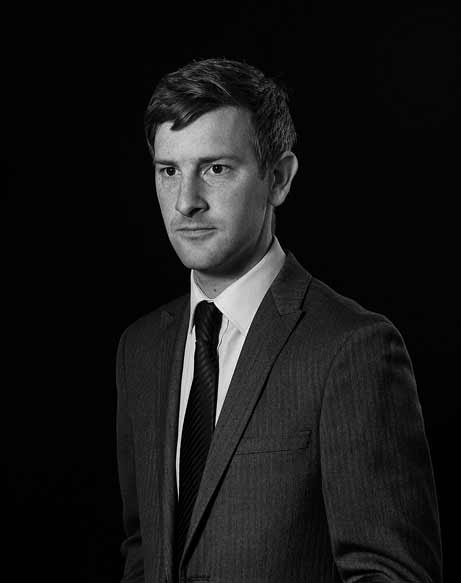 It is deeply dismaying, but unfortunately not unexpected, to see the gloomy trend set for the steel industry last year continue into 2020. The 9 January announcement from Liberty Steel regarding plans to reduce staff in the face of difficult market conditions came just weeks after Tata Steel announced 3000 job cuts across its European plants. These restructuring plans from Tata and Liberty Steel of course sit alongside the sale process for British Steel, ongoing since May last year when the business went into liquidation and the government’s official receiver took over the management of it.

Last year’s difficulties, and what will clearly be another challenging year for the sector, are the result of several negative factors; some global, some UK specific, which have aligned to create uniquely challenging circumstances in which UK steel makers are inevitably struggling to operate.

While demand for steel globally remained positive in 2019 this masks a stark contrast between different regions. Chinese demand grew by nearly 7% to 806 million tonnes, but steel markets elsewhere experienced a first recession since the doldrums of 2015, shrinking by 1.5% to 776 million tonnes.

Much of this fall was driven by a huge 3% reduction in EU consumption, forcing EU producers to reduce steelmaking capacity by 8 million tonnes. UK steel demand followed a similar trajectory, weighed down further by Brexit uncertainty which pushed the whole of the UK manufacturing sector into a recession in the latter half of the year.

Falling demand in the EU has naturally led to downward pressure on prices. European hot rolled coil and wire rod prices, both key products in the UK steel manufacturing sector, tumbled 20% and 25% respectively last year. These contractions in steel demand and prices have been compounded by rising  raw material costs, squeezing steel makers’ margins even further. This differs markedly from the last downturn [for steel] in 2015 when both iron ore and coking coal prices were less than half of those in 2019. 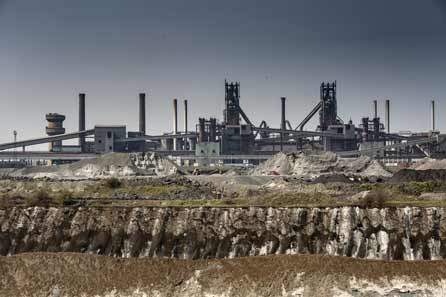 British Steel’s blast furnaces at Scunthorpe, known as the ‘Queens’, are under threat since the company went into administration

The issue of overcapacity is one the global steel industry has struggled with for many years. Despite some modest reductions in the overall levels of overcapacity from the peak of 400 million tonnes in 2016, capacity utilisation remains around 70%-75%, sitting well below the 80-85% levels seen in the late 2010s. Well over two thirds of this overcapacity sits in China and despite vague assurances that measures would be taken to redress the situation, China broke new records in 2018 with output of 928 million tonnes (53% of global production) and this is expected to have grown by a further 3-4% last year.

Discussions must continue at a multi-lateral level through the G-20 and OECD to find a long term solution to this problem but, in the meantime, the EU and UK Governments must be prepared to use the trade defence measures at their disposal far more robustly in order to protect the sustainability of Britain’s steel markets and production.

As Britain prepares to leave the EU and it regains control of these levers, it is more important than ever that the UK Government drops its traditional aversion to these tools and embraces them as part of a new more interventionist industrial strategy.

Driven by the US steel sector’s frustrations with the lack of practical action on global overcapacity and President Trump’s own aversion to supranational decision making, the US introduced a blanket 25% tariff on all steel imports in March 2018. Since then UK exports to the US have plummeted by almost 30%, with long products (rods, bars, rails, construction materials) having been hit particular hard, falling by 60%.

At the same time as falling UK exports, other exporting countries hit by these tariffs have looked for alternative markets, making the EU a prime target. Despite demand falling by 3%-4% in 2019, imports have remained broadly high, forcing EU and UK producers to reduce output by as much as 6%. It is to the EU Commission’s credit that it acted decisively to introduce safeguarding measures across the board, but with the tariff free quotas increasing year-on-year and demand continuing to contract they are not having the desired effect. 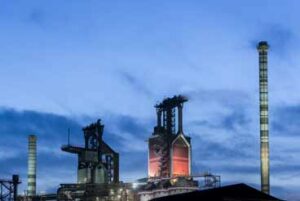 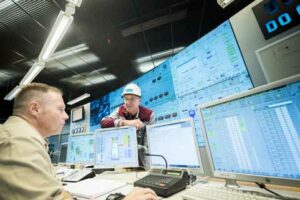 With US tariffs unlikely to disappear soon, the pressure is on for the UK Government to use its post-Brexit trade policy to both secure an exemption from the US steel tariffs for UK industry (as Australia has already done), as well as ensuring the UK introduces sufficiently robust safeguarding measures of its own.

On top of these global and European challenges, the UK sector is due to exit the European Union on 31 January and the disruption of its trading relationship with its largest market. The UK steel sector exports around 40% of everything it produces (3.5 million tonnes), and 70% of this goes to the EU.

Over the last 12 months, the sector has had to deal with the looming prospect of a no-deal Brexit and the imposition of the EU’s safeguarding measures against UK exports at an estimated cost of £60 million a quarter. The passing of the Withdrawal Agreement in January 2020 largely rules out this prospect, but the chronic uncertainty has already undermined EU customer confidence and hit order books. British Steel noted as much as it went into liquidation, and so too did Liberty Steel when announcing job cuts this month.

Furthermore, the Withdrawal Agreement provides little to no certainty about the future UK/EU trading relationship and indeed what access UK exporters will have to those markets with which the EU currently has free trade agreements. A bare bones trade agreement at the end of 2020 seems to be the government’s aim, and the steel sector knows this will mean the introduction of significant friction at the border and with it delays, additional costs and customer concern.

A government shift towards a comprehensive UK/EU trade agreement, based on the alignment of regulations and standards, would be by far the best thing for the UK steel sector this year. If this is not the direction the Government takes, then it has no choice but to use its new-found regulatory and political freedom to make drastic improvements to the business environment in the UK and best mitigate the damage done to our EU trading relationship.

While all European steel companies are suffering right now, and did in the last downturn in 2015, one has to ask the question why the UK sector seems particularly badly hit at these times. Brexit is partly, but not exclusively to blame; the UK’s business environment is one of the most challenging for steel makers in Europe.

The UK has the most expensive electricity prices in the whole of the EU for large industrial users. Steel producers in the UK are paying approximately 60 and 80% more for their power than their German and French counterparts respectively, costing the sector some £50 million each year. That’s £50 million in foregone investment every year, money that has already been committed to UK investment by steelmakers should the UK Government take action to level the playing field. 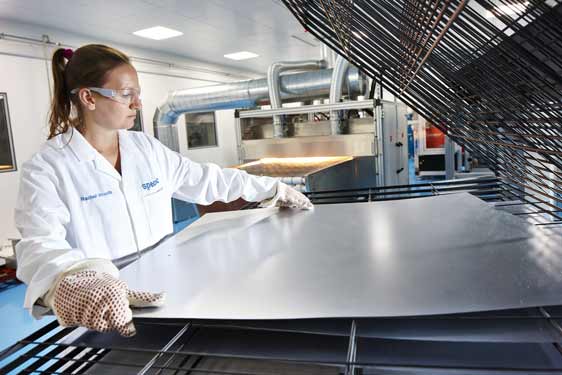 SUSTAIN, a £35m Future Manufacturing Hub based at Swansea University under the auspices of UKRI, is designed to make steelmaking more sustainable. It was launched in April 2019

Equally, when it comes to business rates the UK is an outlier.

Business rates for steel companies are 5%-10% higher than in France, Germany and The Netherlands, costing an additional £40m-50m a year – they also increase as companies invest in plant and machinery to modernise and become more efficient. The government has committed to a review of the regime and this cannot happen soon enough. There are also critically important actions the government must take in areas such as innovation, public procurement, climate change, and infrastructure to support industry. Three years of discussions under the May administration delivered too little for the sector; it is vital that the new government does better.

Make UK has projected a 4% contraction for the metals sector this year, following a similar sized reduction in 2019. We are clearly hopeful that steelmakers can buck the overall trend, but with all the challenges facing the sector, the best we can hope for is some green shoots on the back of greater UK political certainty and a return to growth for key sectors like automotive and construction. Promisingly, some steel prices appear to have bottomed out and were rising again at the end of 2019, and we hope this is indicative of a wider trend.

We should see a conclusion in the sale process for British Steel to Chinese firm Jingye in the next two months and with it large investment and a return to more normal operations. And while the restructuring decisions at Tata and Liberty Steel have come as a last resort, they have both been taken with an aim to return to profitability and ensure the sustainability of the businesses. We hope to see these decisions start to bear fruit.

The long term projections for steel demand both globally and in the UK remain positive, but what happens during the course of 2020, and critically what decisions the UK Government makes in the coming months on Brexit and domestic policy, will be paramount in determining the fortunes of the steel sector and its ability to weather the current downturn and be in a position to exploit the next market upturn when it arrives.