https://secureservercdn.net/160.153.138.219/c47.c15.myftpupload.com/2017/wp-content/uploads/sites/11/2018/01/MAIN-IMAGE-Thatchers-Cider-Canning-Line.jpg
[/slider]
Above: Thatcher’s Cider canning line
[title size=”4″]The UK food and drink industry is fighting battles on many fronts, more than one of them bound up with the challenges of Brexit. Paul Gander reports.[/title]

employs 450 people in the UK, was sold in September 2016 to US company Amplify Snack Brands for £300m. What can this tell us about an industry that contributes £110bn to the UK economy and employs around 4m people? Tyrrells recruited around 75 permanent staff this year, bringing the full-time proportion of its UK workforce to over 90 percent. Food manufacture has, in recent years, been one of the major beneficiaries of temporary and agency staffing: this model could be on the way out. Rob Baxter, Tyrells’ operations director, explains why. “There are no cost savings in using agencies anymore. The potential risks with training, induction and so on outweigh the benefits, and we prefer to go back to having a permanent workforce.”
[content_boxes layout=”icon-with-title” iconcolor=”” circlecolor=”” circlebordercolor=”” backgroundcolor=””] [content_box title=”Hot Topics” icon=”” image=”” image_width=”35″ image_height=”35″ link=”” linktarget=”_self” linktext=”” animation_type=”0″ animation_direction=”down” animation_speed=”0.1″]

The elephant in the room is Brexit. As Baxter acknowledges, by closing in on a fully-permanent workforce, the company is hoping to shield itself from the greatest threat currently facing the food and drink industry on leaving the EU: labour supply.
“In food and drink manufacturing, 30 percent of the permanent workforce is made up of EU nationals, while around 19percent of those working in higher-skilled manufacturing jobs are from the EU,” said Selga Speakman-Havard, policy manager for industrial strategy, skills and employment at the Food & Drink Federation (FDF).
[title size=”2″]Essential EU nationals[/title]
Over and above this is the industry’s huge reliance on an undocumented number of temporary and agency staff. FDF membership research published over the summer found that 47 percent of business respondents said that EU nationals were considering leaving the UK due to the uncertainty surrounding their future. Over a third said they would become unviable if they had no access to EU workers and 31 percent had seen EU workers leave since the referendum. Nearly a fifth (17 percent) of respondents said they would consider relocating overseas if they had no access to EU nationals.
“The Brexit lens brings into sharper focus the challenges around the industry’s looming skills gap,” Speakman-Havard observed. Around 140,000 new workers will have to be found by 2024 if, as projected, a third of the industry’s workforce retires over the next decade.
[title size=”2″]Selective investment[/title]

Foreign-fuelled merger and acquisition (M&A) activity remained important through 2017. Carolyn Viney, director, Oghma Partners corporate nance advisors, highlighted a sharp contrast between overseas and domestic investment.
“In the first eight months of the year, we saw a marked slowdown in deals overall,” she says. “This suggests that Brexit may be starting to impact. Over the first two-thirds of the year, 42 percent of deals originated overseas, which is the highest level since 2010.”

Food industry segments that outperformed the market as a whole included chilled fish and seafood and, bucking the trend in the broader bakery category, ‘bread with bits’.
Chilled fish sales values grew by 3 percent in 2016, says Mintel, mostly at the expense of frozen and ambient fish, meat and poultry. It forecasts a further 3.8 percent rise in value during 2017, to £2,338m. Volume sales growth is predicted to be a more modest 1 percent.
The overall packaged bread category saw a drop in sales values between 2015 and ‘16 of 2.6 percent. With all its associations of health and (above all) novelty, ‘bread with bits’ saw 4.6 percent value growth between 2015 and ’16, and an estimated 10.8 percent between 2016 and ’17. In the year to 2017, estimated volume growth in this sub- category was put at nearly 8 percent.[/content_box]
[/content_boxes]
[title size=”2″]Expansion and rationalisation[/title]
2017 has seen plenty of investment in new factories and equipment, in plant extensions and new-build. In some cases, this was the result of overseas brand- owners moving into the UK.
South African soft drinks manufacturer Kingsley Beverage, for example, has been developing a (reported) £36m green field site in Peterborough, featuring Krones equipment.
Expansion and rationalisation go hand-in-hand. Earlier in the year, McCain’s announced a £100m expansion of its Scarborough plant while, at the same time, outsourcing its cold-store unit on the same site. In April, Tyrrells commissioned £2m of automation on its veg crisps line.
“The aim was to create significant quality differentiation between us and the competition,” Baxter explains. The company claims that eliminating manual handling has reduced damage to crisps and increased their packaged size by up to 50 percent.
For other brand-owners, capital investment was all about bringing in-house operations that had previously been contracted out. At the beginning of the year, Thatchers Cider commissioned an £8.3m KHS canning line at its Myrtle Farm facility in Somerset; it already has bottling and kegging on the same site.
[title size=”2″]Robot reticence[/title]

The British Automation and Robot Association (BARA) says that the 160 robots installed in UK food, drink and tobacco in 2016 were around one-third the number installed in Germany. The 57 robots sold into UK food and drink in the first half of 2017 compared with 75 in the first half of 2016.
“What is probably more frightening is ‘operational stock’,” says Mike Wilson, BARA president and business development manager for ABB Robotics. The UK has just over one-fifth the robots already operating in Germany – although France, Italy and Spain also have considerably more than the UK. “Brexit and the recruitment crisis are having an impact but it’s not yet fed through into sales or installations.”
He maintains that investing in robotics is more about motivation than company size. During 2017, for instance, confectionery start-up Candy Mechanics invested in an ABB robot for the production of personalised chocolate bars. In a further indication that attitudes to robotics in food and drink may be changing OAL, creator of the APRIL (Automated Processing Robotic Ingredient Loading) system, announced it would be opening a new factory for producing this equipment early in 2018.
Jake Norman, OAL’s head of innovation, said that, while Brexit is a factor, cross-contamination and accuracy are also drivers of automation in food production.
[title size=”2″]Poor poultry practice[/title]
In September, human intervention leading to ‘cross-contamination’ was in the news for all the wrong reasons. Up until the summer, 2017 could have gone down in 2 Sisters Food Group (2SFG) history as the year it invested £10m in equipment for its Rogerstone ready meals plant in South Wales, and a further £1.4m for its Merthyr Tydfll lamb and beef plant. Just a month after the second Welsh announcement, media reports emerged about undercover investigations into poor working practices at its West Bromwich chicken plant. Allegations spanned low standards of hygiene and the relabelling of product to alter ‘kill dates’ and other supply- chain history. The business supplies one-third of all poultry sold by UK retailers, and several chains suspended dealings with the plant.
By the end of October, 2SFG owner Ranjit Boparan appeared before a parliamentary committee, apologising for what went wrong. The plant reopened in November only after implementing “significant changes”, and with full-time policing from the Food Standards Agency (FSA). Sterling Crew, VP of the Institute of Food Science and Technology (IFST), noted that, even before this case came to light, the industry was already attaching much more importance to culture, as opposed to training. “Training can give you a false sense of security,” he says. “The culture is what happens when there are no supervisors around.”
[content_boxes layout=”icon-on-side” iconcolor=”” circlecolor=”” circlebordercolor=”” backgroundcolor=”#fffccc”]
[content_box title=”INTO 2018″ icon=”” image=”” image_width=”300″ image_height=”200″ link=”” linktarget=”_self” linktext=”” animation_type=”0″ animation_direction=”down” animation_speed=”0.1″]
Safeguarding food quality and traceability will only grow in importance in 2018. 2 Sisters Food Group (2SFG) returns to the parliamentary committee just a few months into the year. Sterling Crew, VP of the Institute of Food Science and Technology (IFST) predicts that other manufacturers will be asking if something similar could have happened to them.
Final Brexit arrangements mean food companies, national institutions and government will need to develop strategies to train, attract and retain workers at all skill levels.
Investors – foreign especially – and UK food manufacturers will continue to put their money behind the most promising brands. M&A activity will probably be at lower levels.
Brands with a premium edge in competitive marketplaces or in export will carry on investing in automation. Exportorientated jam and marmalade producer Mackays says it will invest £3.9m in increasing the size of its Scottish plant during 2018.
Workforce pressures may lead to a significant rise in automation in 2018.
[/content_box]
[/content_boxes]
[title size=”2″]The blockchain solution[/title]
Provenance and traceability through the supply chain also grew in importance during 2017, says Crew, notably in relation to blockchain. This is a cloud- based, secure ‘ledger’ system, where new transactions through the chain are locked into a ‘block’ with existing data where no details can be altered.
IBM has announced its own block- chain ‘solution as a service’, working with the likes of Unilever and Nestlé in the US. UK certification organisation Happerley maintains that the value of blockchains is in reassuring concerned consumers about provenance.
The Soft Drinks Industry Levy (or ‘sugar tax’), scheduled for April 2018, continues to focus industry minds. Public Health England claims that the levy is driving a broader, health-led reformulation in the industry.
[title size=”2″]Currency ups and downs[/title]
The FDF noted that the post-referendum fall in the value of sterling has made UK exports more competitive in foreign markets. Dominic Goudie, policy manager for exports, trade and the supply chain reported that the first half of 2017 saw exports of all UK food and drink grow to £10.2bn, 8.5 percent up on H1 2016 and the highest first-half value on record.
“But this currency weakness has also led to an increase in the cost of many essential imported ingredients and raw materials,” he adds. “This resulted in the UK’s food and drink trade de cit increasing by 16 percent to -£12.4bn in the first half of 2017.”
This situation also helped to give a possibly misleading impression of the rising value of food sales in the UK; most of this is accounted for by brand- owners and retailers passing on at least some of their import-driven cost increases to the consumer.
[t4p_tabs layout=”horizontal” backgroundcolor=”” inactivecolor=””]
[t4p_tab title=”Written By”]Paul Gander is a journalist and editor, specialising in food and ingredient-related publications and websites. He has written for titles including the FT and Independent, as well as for magazines across a range of industries, including travel, design and marketing.[/t4p_tab]
[/t4p_tabs]

Plastic: Optimistic in the Face of Uncertainty 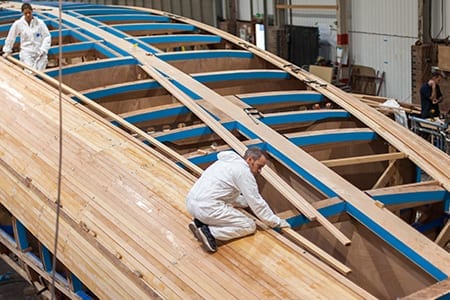 Metals: Back in Force 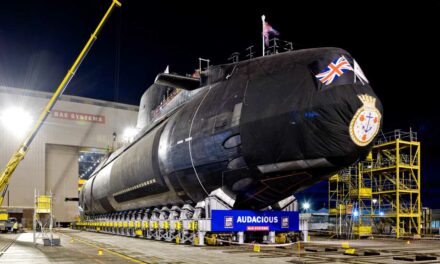