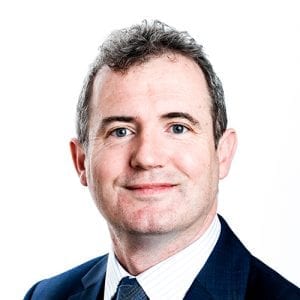 The new director is French and he’s excited to be leading a team for a company known for its investment in innovation and developing new products.

The multi-national team, waiting for their new boss, are also looking forward to today. A two year project to develop the next best thing in their industry has proved successful and it’s being unveiled to the world at a press launch, with journalists being wined and dined with produce from across the globe.

Following the launch, the next best thing is going into production on two new lines and the components are already en route to ensure smooth running of the company’s just in time business model.

Except today is the day we left the EU without a deal. And surely that’s the worst-case scenario of a post-Brexit era.

The managing director will be kept waiting – the R&D director’s plane can’t land. The UK is out of the open skies agreement and so only domestic and non-EU flights can land at our airports.

There’s no problem with the director being a foreign national though. As he is in a ‘highly skilled occupation’, he’s already been granted a permit to work for up to five years in the UK.

Disappointingly, the multi-national team waiting for him are much depleted.

Over the two years of divorce negotiations, EU workers working in the UK have considered their options and gone elsewhere. The brain drain is already under way, despite the manufacturing sector repeatedly warning that they needed workers with higher level and other technical skills from across EU and worldwide to maintain their ability to invest and grow in Britain.

Ultimately, there is no press launch for the next big thing.

The managing director halted investment in R&D pending the outcome of Brexit negotiations. And the components, without access to the Single Market, have risen in cost anyway.

And what’s the point in a launch without the canapés? Britain is in the midst of a food and drink supply chain nightmare, with import delays leading to shortages in supermarkets across the country.

Of course, this is all supposition and speculation and potentially the worst of worst case scenarios. But business hates uncertainty, and in the vacuum of anyone really knowing what a post-Brexit Britain will look like, manufacturers will be considering the pros and cons of the alternatives, with Norway, Switzerland and Turkey all having varied trading relationships with the EU.

Where we are now

The EEF’s recent research revealed that 52% of total manufactured exports by value went to the EU in the 12 months to April 2016 and that manufacturing accounts for 45% of all UK exports.

It says that a loss of access to both the single market and the customs union would condemn the manufacturing sector to a painful and costly Brexit. It wants a future comprehensive free trade agreement between the EU and UK that “does not involve higher tariff and non-tariff costs or administrative burden for manufacturers” – but admits that the potential remains for new trade arrangements to result in friction in the form of barriers to market entry.

UK manufacturers currently employ 300,000 EU citizens, representing about 10% of the workforce. We are already hearing from clients in manufacturing companies that they are beginning to lose their employees from the EU but they absolutely need them to stay or they risk facing not just a skills issue but a production issue too.

On the other side of the coin, more than two million UK employees work for companies that are reliant to some extent on foreign investment from the European Union. Any deal needs to consider the vulnerability of those workers should the country fall off the cliff-edge.

“Membership of the single market is based on countries signing up to the core principle of the free movement of goods, people, services and capital. Prime Minister Teresa May has called for Britain to have single market access for a transition period, at least, and has offered to guarantee the rights of EU workers in the UK.”

What the future holds

So it is important to look at what a good Brexit deal looks like for manufacturers. They need a smooth and sensible solution to customs and trade and an answer to the core issue of the single market.

Membership of the single market is based on countries signing up to the core principle of the free movement of goods, people, services and capital. Prime Minister Teresa May has called for Britain to have single market access for a transition period, at least, and has offered to guarantee the rights of EU workers in the UK.

But the sector needs certainty and a plan now – not on March 29, 2019. Businesses forward plan, they invest in future growth. They need to know they can do this ahead of the final split.

The most likely outcome could be a limited tariff-free deal, which could be good for the manufacturing sector and particularly those involved in the automotive and aerospace industries. This is because without a tariff-free deal, the alternative could see Britain relying on World Trade Organisation rules, increasing costs by 10 per cent for manufacturers.

The WTO option will see trade between the UK and Europe operate in a similar way to the UK and US. UK exports to Europe would be subject to external tariffs and they would have to comply with EU product standards.

We could go down the same route as the Norwegians – being outside the EU customs union but having tariff-free trade with membership of the European Free Trade Area. This could cost UK plc dearly and although our manufacturers would have access to the single market, the Government is unlikely to want to pay up yet have no real power over future changes to the trading relationship.

The Prime Minister has called for creativity in trade agreements during Brexit negotiations, which is why the UK is unlikely to consider a Swiss model with multiple agreements (Switzerland has 129) to access the market.

The best-case scenario for manufacturers, though could be a new customs union; a similar arrangement to that which the EU has with Turkey. This would be good for manufacturers as the union covers all industrial goods, not so much for the service sector which would not be included.

This option would see no duties imposed on goods traded with the other 27 member states, allowing access to the single market, but we would give up any say on the external deals arranged by the EU or on the rules governing the single market.
Perhaps the creative option is to move away from any existing model and negotiate a new free trade agreement – but this could take years.

In the absence of any real indication of what the future UK/EU trading landscape could look like, the best option for the manufacturing sector is to use the hiatus to assess the risks and the opportunities presented by the divorce, regardless of what trade deal is reached.

Manufacturers should be assessing where their current markets are, and where future growth opportunities may lie. They should be looking at what extra costs may be involved if tariffs are imposed and what regulations cover their products and whether different standards may have to be met. Businesses should be monitoring supply chains and monitoring where goods are coming in from and what alternatives are available.

All this is needed because one thing is certain after March 19 2019; the companies which planned for the legal implications of the split are far more likely to be the ones to flourish in the post-Brexit era.