When Castle Precision Engineering secured an £80 million order from Rolls-Royce to supply them with parts for the Trent series engines, this major longterm agreement was a record milestone for the Glasgow-based family firm. 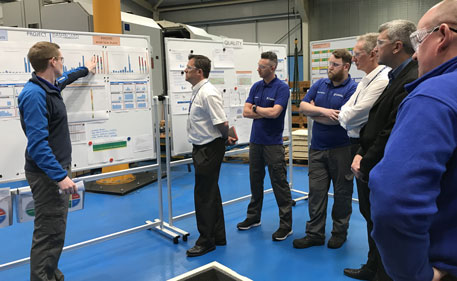 Back in 2013, the company was struggling to compete against low-cost sources and remain relevant in an increasingly global marketplace as clients sought newer and cheaper solutions.

So, Castle joined the Sharing in Growth (SiG) productivity and competitiveness programme and has consequently completely revamped its leadership and culture, changed its technical and business processes, reduced costs and fostered strong customer relationships. Through SiG’s innovative practices, Castle has developed a sustainable growth strategy and sees an average annual turnover of £20m. 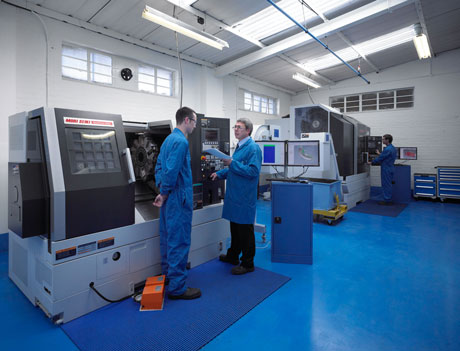 Castle has invested in building, infrastructure and equipment.

Starting with a comprehensive business- wide diagnostic, the programme focussed on several key strategic themes including: planning and forecasting, operational excellence and business growth and pipeline. These themes then led to detailed plans to oversee a total business transformation.

One of the most visible impacts is a series of production cells introduced as part of an ambitious major investment. The Castle team streamlined current production and improved performance to create shop-floor space for three significant new projects. A four-year £7 million investment programme is underway, covering building, infrastructure and equipment, to completely transform the factory floor and introduce the latest production technology.

One example is a dedicated high-performance production cell for a defence system going into UK and international customers. This major volume project raised huge challenges such as an initial 50% increase in productivity compared with previous operating levels.

To make this promise a reality, the company began by breaking down the project’s scope, visualising the production process, mapping out resources and ultimately identifying areas that consumed the most labour time. In doing so the company realised that there was significant manual intervention at various stages of the process – interventions that, with the right solutions, could be eliminated.

So, Castle tasked a dedicated cross-functional lighthouse cell team, comprised of manufacturing engineers, quality engineers, production leaders and machine operators, to work the project and optimise the flow in conjunction with the on-site SiG team and the programme training. This ‘lighthouse’ approach has been successfully implemented in many Sharing in Growth beneficiaries. Employees are trained and supported to tackle a major challenge so that they gain confidence and can apply what they have learned in other areas. This helps create sustainable learning and skills. 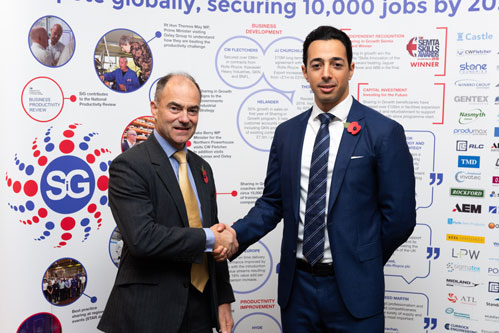 Castle’s team was given the freedom to dictate the layout of the machines, their positioning, and ultimately how the process was going to function including ‘lights out running’. Visual management, lean production system and rate boards have been introduced to manage whether machines are on target and, if not, the company can halt production to escalate and get back on track.

Not to be outdone, on another cell project, Castle managed to deliver a £2.4m cost saving which the company returned to the customer as price reductions, a strategic decision that allowed Castle to increase its position as a key supplier and competitor in the market.

The company has seen its best results when actively involving cross-functional teams in every step of the process; indeed, Castle has seen its employee engagement rise as high as 96% when getting this formula right. 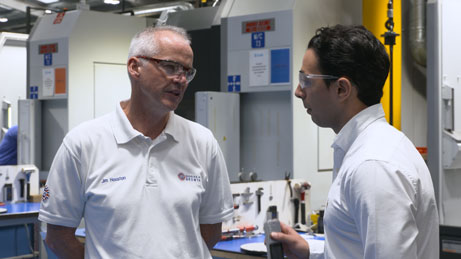 The lighthouse cell team delivered the operational improvements that allowed Castle to win the business and save its customers time and money: reducing cycle times by a further 10-15% on top of the original 50% committed and lowering operators required in the cell from ten to six across two shifts. With ideas and deployment coming from the cross-functional team, the senior leadership has been freed up to focus on higher value tasks – like what’s next!

Over the next year the business will ramp in three further new production cells, onboarding a further major customer securing business and new jobs for the local area.

Said Castle’s managing director Yan Tiefenbrun: “Other countries and their governments are absolutely determined to take a larger market share. They’ve got their tactics and we’ve got Sharing in Growth.”