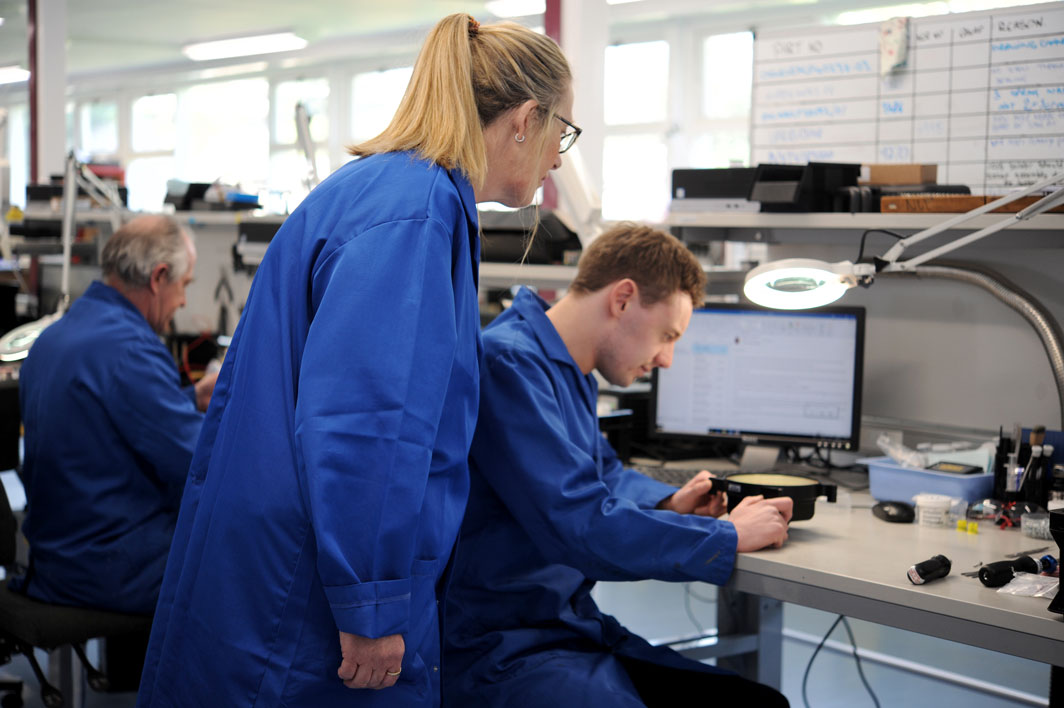 In order to grow, companies need to invest in their people, technology and capital. Investing in people can be difficult to justify in terms of returns. However, without the commitment and skills of an engaged workforce, there is little point in ploughing money into a new factory or the latest equipment. 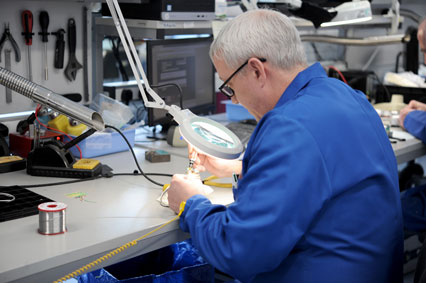 Sharing in Growth experts have supported many companies to deliver huge improvements in productivity and competitiveness by ensuring development of people plays a significant role in their growth strategies.

Cumbria-based Oxley Group has a proud 77-year history of family-led innovation and self-sufficiency. Oxley were highly innovative in doing everything in-house – from design to manufacturing and test.

The company had won a strong international customer base, by predominantly providing electronic solutions for the defence and aerospace industry. But, eventually, self-sufficiency led to a silo culture, static turnover and low profit.

Strategy to double and treble turnover

In 2018 Oxley applied to join the Sharing in Growth (SiG) productivity and competitiveness programme and set a target of doubling turnover in five years, and trebling it in ten years.

To deploy its innovative new strategy, the company used Sharing in Growth’s X-matrix, underpinned by robust monitoring, a control and reporting system and a complete overhaul of employee engagement.

The company created a vision designed to both deliver for customers and engage staff: Empowering our people to deliver success together. The POW of empowering was used to brand all employee communications with each letter having significance – P: people, productive and performance; O: ownership, optimise and originality; and W: winners, world class and wholehearted.

Without a huge local talent pool, Oxley needed to engage and develop its team to contribute to Oxley’s success. A SiG employee engagement survey found that recognition, communication and personal development were raised as issues, so a communication team was formed to lead changes, the majority of which were delivered within months. The organisation structure was also were standardised and enhanced; and a new skills matrix and personal development plans were introduced, aligned to the company objectives.

To focus everyone on the customer, Oxley introduced a new customer relationship management system and a business development information centre to help win new business. Team activities were organised such as fund raisers and recognition events to tackle silo working and, faced with a skills shortage as experienced staff reached retirement, Oxley renewed their apprenticeship scheme and ran community programmes to encourage young people and women into engineering careers.

To help build capacity for volume production and increase continuous improvement skills, a Sharing in Growth ‘lighthouse cell’ was introduced to implement world-class standards so they could be well-understood before being rolled out across other areas.

After one year on the Sharing in Growth programme the group has improved turnover by more than £4 million to a record £17.8 million, won recognition in local and electronics industry awards and been awarded a 2019 Sharing in Growth Inspire Award for best practice.

PROFITABLE GROWTH TO INVEST IN PEOPLE

In 2016, sales and profits had dropped and they were struggling to fulfil requirements, such as on their highly prestigious Joint Strike Fighter helmets.

So Gentex Europe joined the SiG programme. To grow profitably and sustainably, Gentex needed to focus on their people and on creating a talent pipeline. They needed SiG’s help to make the productivity and supply chain improvements which could fund investment in their people.

A New Product Introduction process was defined to allow design concepts for the Pureflo 3000 range of innovative all in-one-respiratory, head, face, eye and hearing protection systems to be brought to market ahead of competitors.

A lighthouse cell was implemented, where the team rigorously applied lean principles to reduce production costs by 20%. Output doubled output to meet growing demand with 98% On Time Delivery. This supported sales by creating reliable supply at short lead-times and competitive product cost.

SiG also supported a new supply chain commodity strategy, where key vendors were selected as strategic partners for each commodity, which cut annual spend by £200k, with reduced transactions and inventory.

The resulting improvements in productivity, turnover and profit allowed Gentex to reinvest significantly in their workforce in 2019 via a package of wage increases, pension enhancements and a pay structure more closely reflecting employees’ skills and contribution.