Y-AXIS PARTING IS PART OF THE PRODUCTIVITY SOLUTION

[title size=”4″]2017 was a strong year for innovation in machining technology. Among other product launches, Sandvik Coromant perfected its Y-axis parting principle. This clever method produces higher feed rates without losing stability and reduces tool breakage risk.[/title]
[title size=”2″]Background[/title]
The Y-axis option has broadened the possibilities to use rotating tools in multitask machines and turning centres and has inspired a great innovation for these turn-mill machine tool types: Y-axis parting. Implementing this new tool and method brings signifi cant improvements in potentially any parting operation. Adding rotating tools to turning centres means you can combine several set-ups in a single machine for a more streamlined and productive machining process. To accomplish this, turn-mill machines were introduced in the 1990s.

The initial idea was to enable driving a milling cutter, drill or threading tap on one or more tool positions in the turret to eliminate limitations of polar interpolation and other related programming diffi culties. To improve reach, an extra set of ways was added to move the rotating tool across the spindle face. This was accomplished by mounting the tools on revolver sides or on its face, by installing the Y-axis ways on a slanted bed or by using an independent milling head.
Both machine tool makers and manufacturers soon recognized the benefi ts of integrating both milling and turning operations. Today, the Y-axis option has become
a standard feature in most multi-task machines and optional in many new turning centres.
As a potential tool breakage can lead to costly machine downtime or scrapped components, parting off is a stage of the machining process where manufacturers don´t compromise on security. To meet the high demands put on these types of tools, the system CoroCut® QD was developed by Sandvik Coromant in 2013. While considering how to improve this high performing system even further, the tool developers started looking at these modern machines with Y-axis capacity. This resulted in an innovation that involved more than just the tool design but also a completely new method: Y-axis parting.
[title size=”2″]The y-axis parting principle[/title]

The principle behind Y-axis parting is incredulously simple. While conventional parting off tools align with the X-axis of the machine tool, the Y-axis tool has simply been rotated 90° anti-clockwise to align with the Y-axis. In a conventional tool configuration, the relatively long and slender parting blade and holder is fed at a 90° angle into the rotating workpiece. The largest cutting force is generated by the cutting speed and the rest by feed
motion.

Above: The force calculation principle behind y-axis parting

The consequence is a resultant force vector that is directed diagonally into the tool at an angle of roughly 30°, in other words across a very weak section of the blade. To avoid tool breakage, this is compensated by reducing the blade overhang and by increasing the blade height, which in turn sometimes compromises the usability of the tool. By turning the tip seat 90 degrees and utilizing the Y-axis, the tool can cut its way into the workpiece essentially with its front end, which nearly aligns the resulting cutting force vector with the longitudinal axis of the blade. FEM analyses performed by the Sandvik Coromant R&D team confirmed that the new solution eliminates critical stresses and increases the blade stiffness by more than six times compared to conventional blade design.
In summary; when switching to parting in the Y-axis plane you get a benefi cial direction of the cutting force resulting in less instability and vibration. This means you can ramp up feed rate without losing stability or breaking the tool for an extremely secure and productive parting process. Simple as that.
What to know more about y-axis parting with CoroCut QD?
Visit: www.sandvik.coromant.com/corocutqd 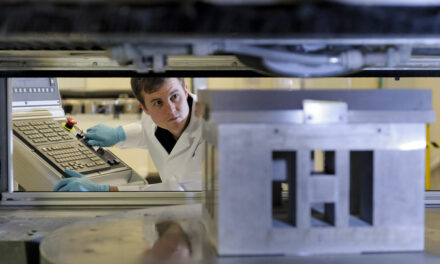 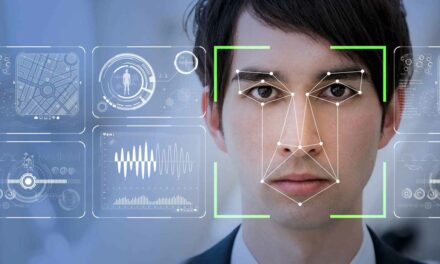