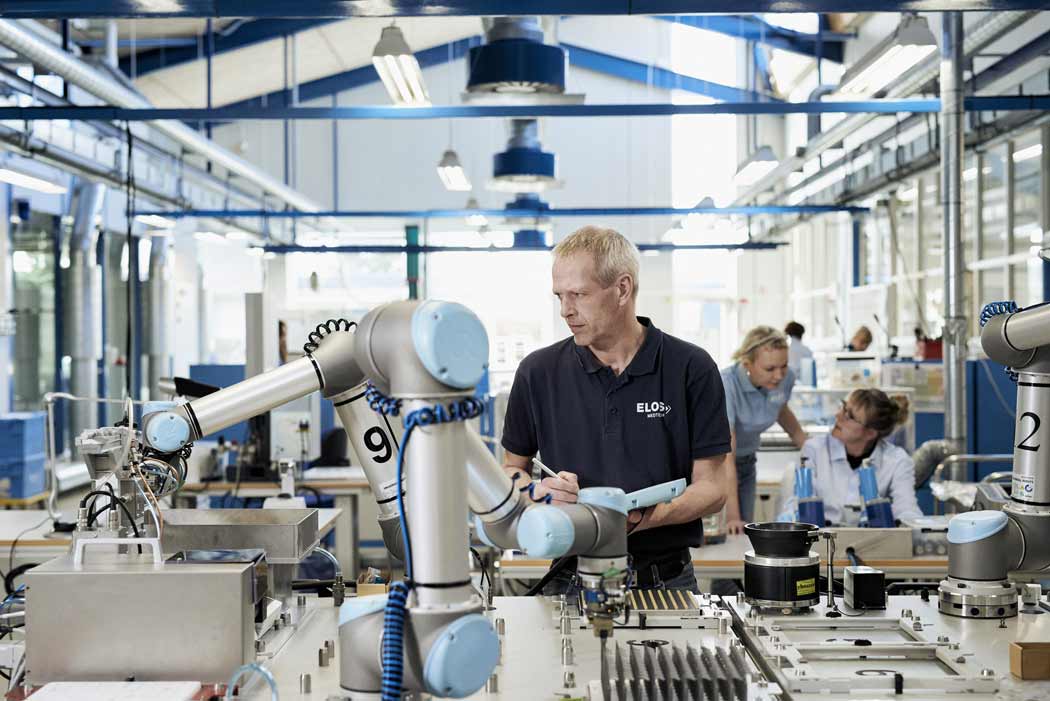 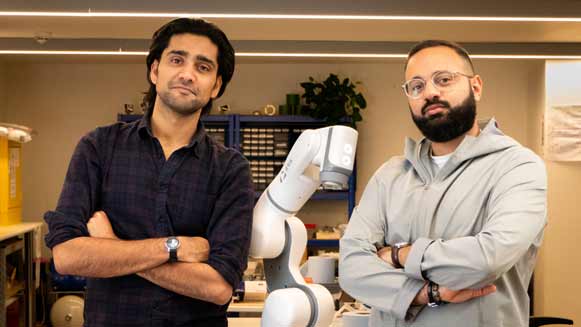 Automata has brought a whole new category of affordable industrial robots to market with Eva – the first ever desktop robot engineered from the ground up to be low-cost, lightweight, user-friendly and accessible while maintaining industrial grade performance. Eva has been designed for SME manufacturers with small batch production in mind, enabling them to reduce production costs, remove manual bottleneck processes and improve margins.

Founded in 2014 by architects Mostafa elSayed and Suryansh Chandra, Automata was born out of the need to find a low cost approach to industrial automation when the only options available were prohibitively expensive industrial robots costing in excess of £25,000, or basic robot arms sold on Amazon for £2,000 that are little more than toys.

Following three years of intense development and iteration of both the hardware and software aspects of the product, they began running a series of customer pilots in 2016 to ensure they stayed on track and remained focussed on solving customers’ real-world problems. “With our team now at 40 people, Automata officially launched commercially in March 2019,” Chandra said. “We have already had hundreds of orders and have many happy customers with successful deployments who are already making repeat orders.”

As an ambitious growing business, serving blue-chip customers in new geographies and markets, the company looked for a way to double production capacity without having to double headcount or run second shifts.

Qualitetch deployed an Eva at the start of a pre-cleaning line to automate feeding metal sheets one by one into the cleaning machine at timed intervals, a part of the process that had previously been done manually by a member of the team. The robot has doubled the capacity of a bottleneck production line and delivered a return on investment in eight months. 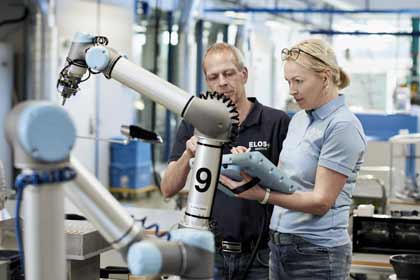 In summer 2019 Invertek Drives opened the doors to its new 5,500 square metre global manufacturing and distribution facility in Welshpool, with the capacity to produce up to 400,000 variable frequency drives (VFDs) a year.

This immense output, along with big variation in product lines and tasks, meant the company needed a flexible automation solution able to switch between different jobs and part sizes throughout the production process. Part of the solution came through incorporating two UR5 cobots into the testing phase of its production line. By automating this aspect of its operations, the company has improved workflow consistency.

“Our workloads can change every other minute, and we can manufacture over 15,000 variations of our products,” Peter Evans, manufacturing engineering manager at Invertek Drives, said. “This means we need cobots that can handle the inspection and testing of constantly changing devices, all within a single production line. This is where our UR5s shine. Working 16-hour shifts, they can achieve this and so much more.”

During production, live tests of VFDs are carried out where the safety of its employees is a factor for introducing the cobots. Previously, employees had to physically enter the testing area to press a button, which adds time to the testing cycles. The deployment of cobots has also greatly improved work consistency, as they can be stationed to undertake a task in fixed intervals. With work cycles normally lasting around 10 minutes, the company can now do more test cycles per hour.

The cobots also play a big part in quality control thanks to a specialist end-of-arm unit that was created by Invertek’s in-house manufacturing engineering team. Equipped with a Cognex vision system, lighting controls, a fan-speed sensor and robotic finger, the specialised component enables a full range of complex tests such as visual inspection to be performed to ensure that the product is operating correctly. 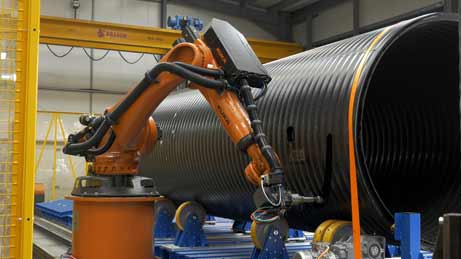 As part of a pilot project for robot-based automation, KUKA supplied the KUKA 120 R2700 extra HA robot, along with a KL 1500-3 T linear unit, two MG 360 KUKA servomotors for the external rotational axis and a KUKA CNC controller.

The biggest challenge of the automation project was the reliable and flexible machining of the unusually large components with different contours and shapes. In order to increase flexibility and work safety at Asset International, a modular, integrated and easy-to-operate solution comprising a robot and milling spindle was required.

“The solution has enabled us to significantly increase productivity,” said Graham Bennett, operations manager at Asset International. “Shorter production times have allowed us to boost capacity by more than 50 per cent. At the same time, he emphasised that there has been a marked improvement in quality and precision.”

The high level of repeatability allowed Asset to achieve improvements in quality, as well as optimise the subsequent production step of welding. In the welding process both time and materials were reduced due to the consistent preparation of the joining gap and weld seam. In addition, health problems ensuing from manual labour involving heavy vibrations have been eliminated, and safety has been increased. With the modular design that is tailored to the customer’s requirements, the system can be adapted to the needs of Asset International at any time. 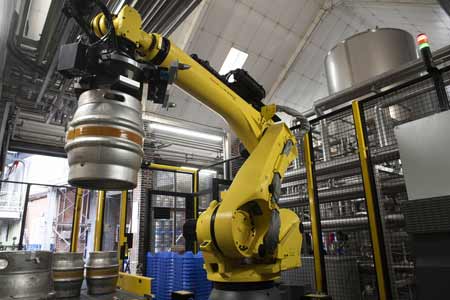 Adnams still operates out of its original 18th century site in Southwold, Suffolk, but its traditional brewing methods have not stopped it implementing a modern end-of-line automation solution. Forty different beers are produced at Adnams, which includes seasonal beers and oneoffs. In total around 100,000 163 litre brewers’ barrels a year are shipped. But fitting a 21st century brewery into a 19th century building is a running challenge. The brewery has looked to introduce automation and more specifically, the use of robotic end-of-line palletising systems to process the beer barrels once they are filled.

“At the end of our main cask filling line – where we put the beer into the barrels – we had an old palletiser which took up a lot of space,” Fergus Fitzgerald, head brewer at Adnams, explained. “We’ve got a very limited amount of space, so we must be quite creative when it comes to using it as effectively as possible.”

The brewery wanted to add a 0.5%-alcohol version of its Ghost Ship Pale Ale but had exhausted all available floorspace. However, by upgrading the old palletiser to a more compact automated solution, they could accommodate everything on the brewery site. To enable this Adnams asked FANUC to design a robotic end-of-line loading system.

To meet the load demands of handling filled 160 litre barrels, FANUC specified its R-200iC/210L 6-axis palletising robot. With a maximum payload of 210kg, it could comfortably process the full casks at the required rate of 250-300 barrels an hour, to keep pace with the beer as it came out of the filling line. With a compact footprint of 771mm x 610mm, and a reach of 3100mm, it can operate within the confined working environment of the brewery. Crucially, the robot body is IP54 rated, to protect it from the residual beer found throughout the cask filling line.