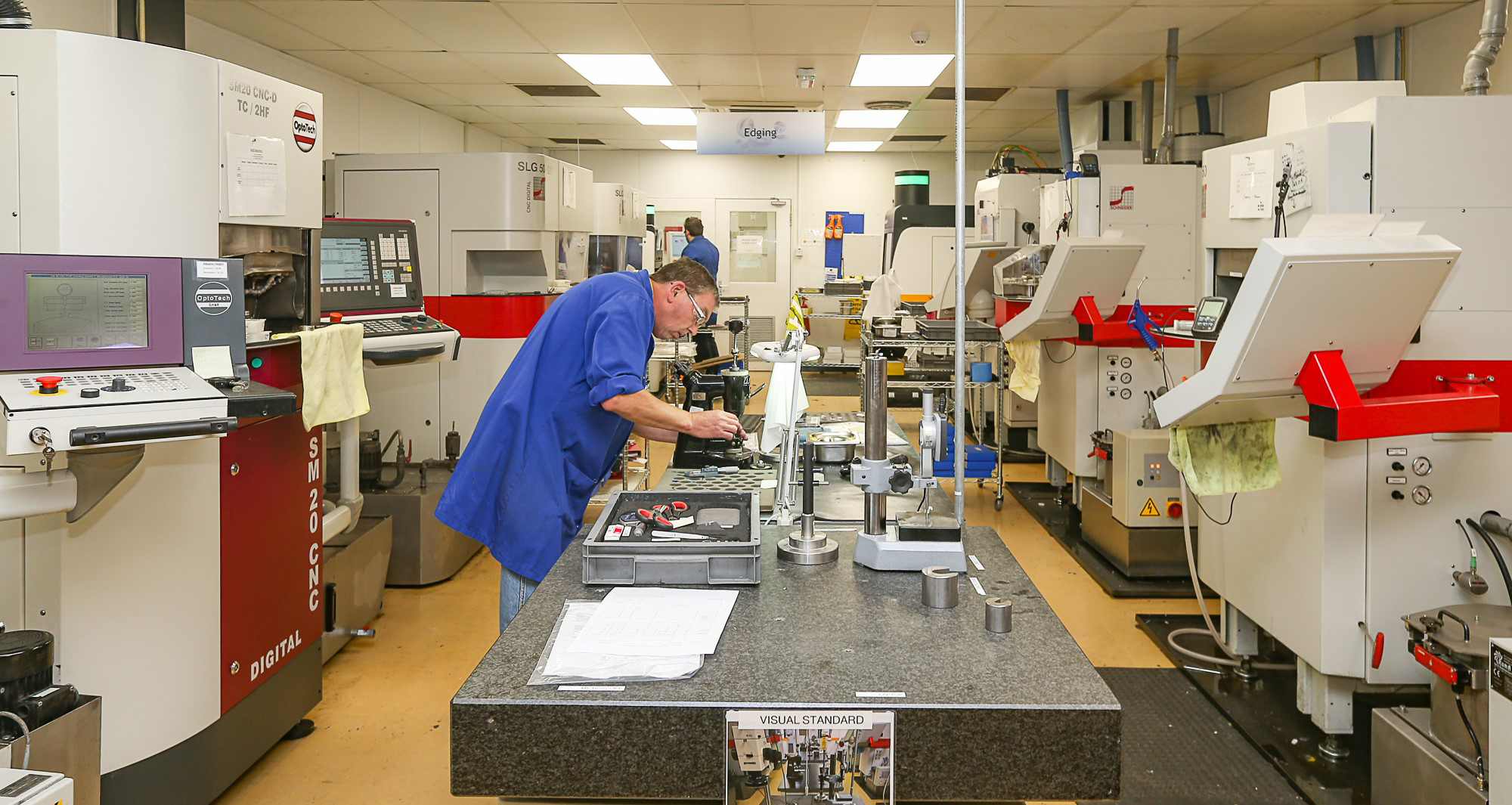 CW Fletcher, an enterprising aerospace and nuclear manufacturing company located in Sheffield, has signed a record £160 million long term contract with Rolls-Royce PLC – the most valuable secured by the company in its 126-year history. They will supply aircraft engine fabrications for the next ten years. The contract forms a key part of the company’s growth strategy, which includes a new 2000m2 facility and secure the future of its 200-strong workforce. Its strategy for sustained growth is based on being one of the first companies selected for the Sharing in Growth (SiG) competitiveness improvement programme.

Sheffield forging firm Independent Forgings & Alloys (IFA) has been selected by SiG to join its award-winning business transformation programme. IFA plans to almost double annual sales turnover, from 2018’s £23 million to nearly £42 million by 2024. It received an £8.5m capital investment from Business Growth Fund in 2018 and will work with SiG to focus on leadership, culture and operational capability. Changes will include communication; integrated business development; new product introduction and cost modelling systems; scalable production planning and control process; and a review of supply chain systems.

Ferranti Technologies received a Sharing in Growth 2019 best practice award at a short ceremony at its Oldham headquarters. SiG operations executive Malcolm James presented the winner’s certificate in the presence of senior managers from Ferranti and parent company Elbit Systems. The team, led by quality director Nicola Higgins, was congratulated on creating a strong culture based on values as a springboard for business improvement and embracing the importance of sharing best practice through Sharing in Growth All STAR events and STAR days.

Sigmatex, which joined Sharing in Growth in 2015, has won the 2019 Northern Automotive Alliance (NAA) Company of the Year Award 2019, sponsored by Bentley Motors Ltd. It also won a 2019 SiG All STAR best practice prize and the Logistics Excellence Award, sponsored by DHL, for implementing a series of process and product changes that optimised package size and footprint and reduced delivery numbers, resulting in a significant reduction in emissions. It was also highly commended in the Manufacturing Excellence Award category for transforming a loss-making process into one making a sizeable profit.

Dundee based ATL Turbine Services, a one stop shop turbine component repair facility dealing in both aero and light industrial turbines, specialises in legacy/late life gas turbines and works across the defence aviation, civil aviation, industrial and marine sectors. Exports account for around 30% of sales. ATL’s work with Sharing in Growth has helped it to secure a significant five-year contract with a major aerospace OEM, estimated to be worth £5M over the contract term.

High tech manufacturer G&H Glenrothes has been recognised with a SiG national best practice award for achieving record output. The Fife-based company, part of the global G&H advanced optical engineering and manufacturing group, employs around 70 highly skilled staff making precision optical components. It targeted output increase of 23% in 2018 and worked with SiG to implement world-class and lean manufacturing techniques, such as value stream mapping, waste elimination and continuous flow production. The team beat its target by delivering a 29% increase in output and 200% improvement on year-on-year profits. Improved competitiveness helped the company to secure £16 million in new contracts.

SL Engineering, of Grantham, Lincs, produces specialised rigid tube assemblies, complex fuel manifolds, core engine pipes and flexi-metallic rigid pipes for some of the world’s most demanding fuel, hydraulic and other critical fluid conveyance applications. The company has experienced 87% growth in the last three years, particularly from aerospace. To continue this rapid growth and increase turnover to over £12 million by 2023, the company applied for SiG’s support. After a detailed and robust business diagnostic, it has now been accepted onto the programme. 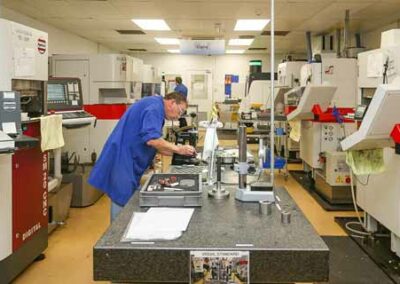 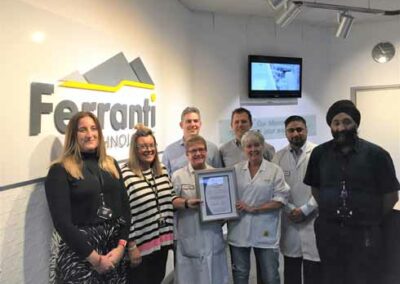 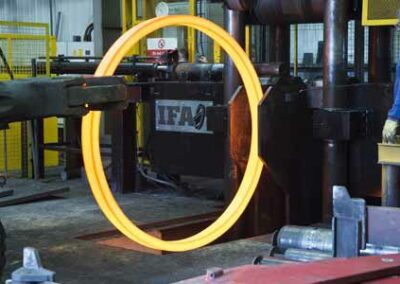 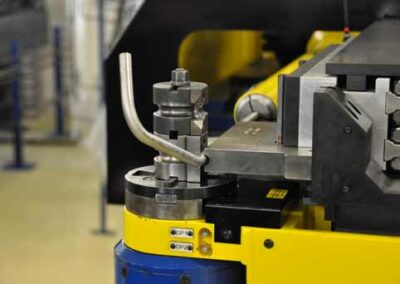 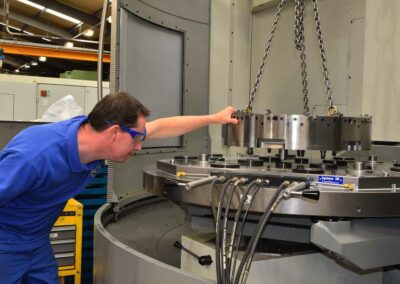 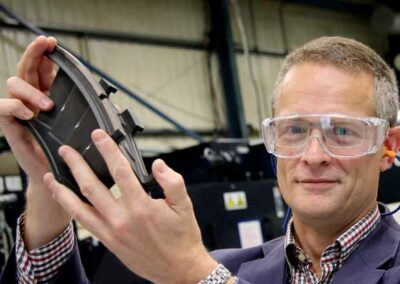 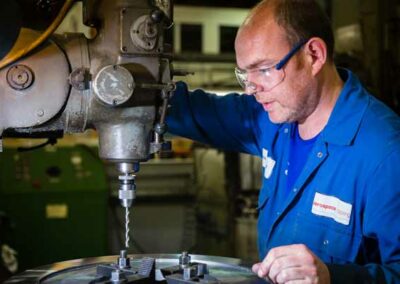 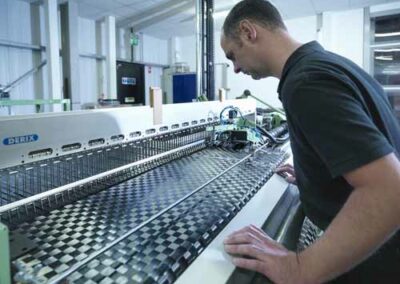