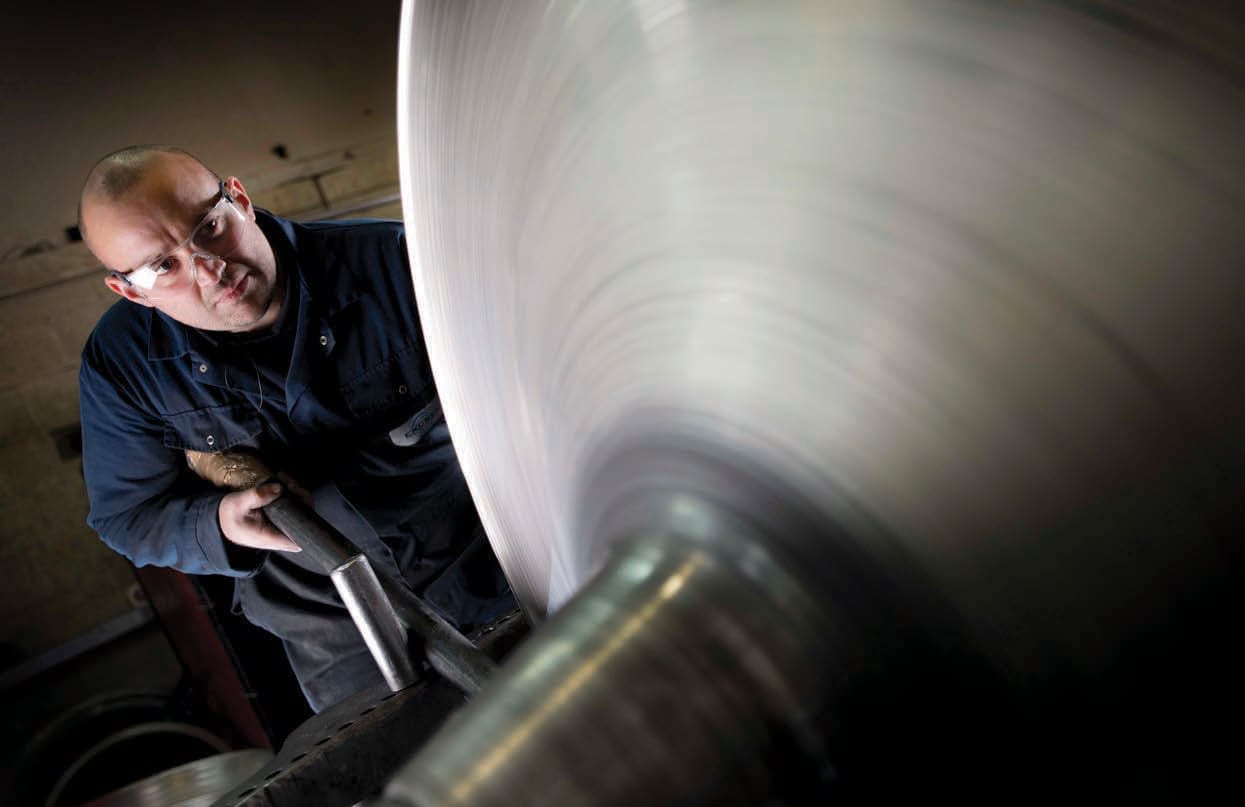 The UK’s manufacturing sector is experiencing its longest period of sustained employment growth in four decades. In the five years to March 2018, 145,000 new manufacturing jobs were added to the economy. While the overall picture is positive, the sector still faces challenges in perception and recruitment.

The @Jefferson_MFG twitter account, which has more than 30,000 followers, chronicles investments and new factory openings in the UK Manufacturing sector. Despite all the uncertainly created by Brexit, there have been nearly 200 factory openings and expansions during the last 12 months. While slightly down on 2017 this is still remarkably high. The operators of the account, who have followed the sector for over 20 years, say that they have not observed such a strong run of new factory openings in all of that time.

Newly emerging trends, which may well have contributed to this unprecedented level of activity, include the automotive sector’s move away from fossils fuels towards hybrid and fully electric vehicle technology. In the rail industry, CAF Rail, Talgo and Siemens Mobility have announced new factory openings in Newport, Fife and Goole, respectively.

The challenge of good news

Thousands of new jobs have been created; a fact that should be celebrated, obviously. Paradoxically, the good news that the UK’s unemployment rate is at its lowest since 1975 (according to the ONS) places pressure on manufacturers, in terms of recruiting and retaining the staff with the right skills and in the right numbers. 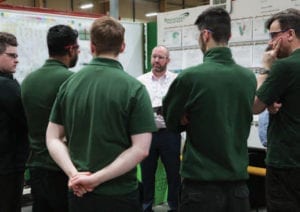 “Demand for manufacturing engineers and new product engineers is higher than ever before” – Jarrod Christie-Smith, COO, Bromford Industries. Left 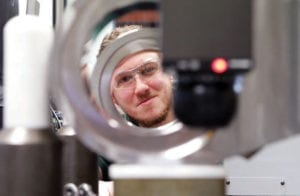 “As the aerospace industry grows at unprecedented rates, aside from the obvious requirement for more skilled machinists and equivalent, the demand for Manufacturing Engineers and New Product Development Engineers is higher than ever before,” said Jarrod Christie-Smith, COO at rapidly expanding aerospace component manufacturer Bromford Industries. “Additional pressures on manufacturing costs, lead-time reduction and creating a ‘zero defects’ quality environment mean that we are in constant search for Continuous Improvement Engineers who can project-manage at a practical level to strip out waste to improve profitability, cashflow and create competitive advantage.”

Josh Dudley-Toole, formerly of Birmingham-based Frank Dudley, was part of a consortium that bought sub-contract engineering firm Newfield Fabrications at the beginning of 2018.

“We are investing and expanding at a rapid rate,” he stated. “We want to create scores of permanent, well-paid engineering roles in the Cheshire area in the next few months to facilitate this growth but it is very challenging, to say the least. As we enter the new year, I believe that this lack of available skills is the only factor that will inhibit our expansion.” 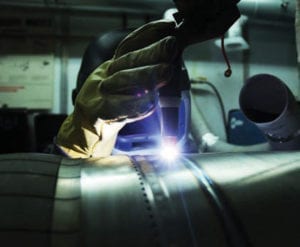 The skills gap extends across the board, from robot programmers through project managers and skilled fitters – Jeff Nowill, KUKA Robotics UK.

KUKA Robotics is facing a skills gap across the board, from robot programmers through project managers and skilled fitters as Jeff Nowill, CEO UK and Ireland, KUKA Robotics Limited, explained.

“We are currently experiencing unprecedented demand in the UK and are operating at a remarkable 50% over budget for our robot-based automation systems. We recently took on an additional 40,000sq.ft of shop-floor space adjacent to our Halesowen facility, and we will be expanding again,” he said. “Within the next 12 months we expect to increase headcount by a double-digit percentage, which is a by-product of high-demand. Due to the nuanced nature of automation we also see a latency between recruitment and a time when new employees are productive for us; which necessitates investment in upskilling our colleagues. It is a worthwhile investment, given the strength of our mid-term pipeline.”

Mark Amphlett, General Manager of Devon-based Amtek Plastics, explains why the broader picture needs to be considered.
“The skills gaps and skills shortage are not confined solely to the engineering department. How does a traditional small to medium sized manufacturer attract people in marketing, or on line sales positions, for example? Actually, do they even have these job roles available within their business?” He recognises that the traditional perception of manufacturing as dirty and underpaid persists and is a handicap to attracting the right calibre of recruits, in the right numbers. He energetically challenges that outdated view.

“My question would be: how do we better promote UK Manufacturing? Do people know what kind of salaries can be achieved in our industry and are they aware that they can develop a rewarding career actually making stuff that they can be proud of? UK Manufacturing needs to be promoted in a better way.”

2018 was dubbed the “Year of Engineering” in a government campaign that celebrated the “world and wonder of engineering” as part of the Industrial Strategy, which is committed to boosting engineering across the UK & ensuring that the country has the skills needed to thrive in a modern economy. While it certainly gained strong traction in the first part of the year in raising the profile of STEM careers, on social media especially, but seemed to lose momentum as the year progressed.

Jane High, Director of Reading-based Robert Bion & Co, a manufacturer of perforated metal and plastic products, is just one of many SMEs that are not waiting for this latest initiative to solve the problem. She wants to be even more proactive: of the 28 employees at her company, three are STEM Ambassadors.

“On the STEM front, the challenge for us as an SME is the resource to engage on the one hand, the lack of willingness at some schools to engage on the other, and knowing where to go to get help,” she said. “I don’t think it is helped by either the current government or by previous governments, who shared a lack of focus on the importance of STEM subjects.” She suggested a number of measures that could help to improve the situation, including measuring schools on their engagement with local employers; the provision of quality careers advice; and securing jobs for their pupils. “Why not incentivise employers to engage with schools – we can secure R&D tax credits, so why not STEM credits? A GCSE in Manufacturing is also long overdue”.

Academia and manufacturing: a new beginning

Cutting tool manufacturer Tungaloy is working closely with partners and the University of Wolverhampton to accelerate the integration of students into industry. 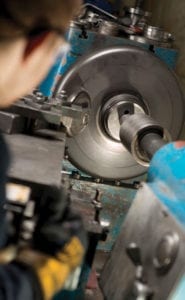 “We, and other local employers, are offering students practical, real-life experience during their studies, with the net result that not only are the students more employable but local manufacturers benefit. When graduates join them, they have a greater range of relevant, practical skills to complement their academic accomplishments and are therefore able to contribute more, in a much shorter time- period. Another key aspect is that the feedback loop to the university is essentially real-time, which is critical at this time of rapid change in our sector.”

Made Smarter was also launched during the year, with the intention of supporting the Industrial Strategy and helping to improve productivity and growth through digital technologies. Liverpool’s CNC Robotics is at the vanguard of the North West pilot programme.

“The rate of technological advancement in the manufacturing sector is truly extraordinary. We see this every day in our collaborative R&D projects with customers,” says Director Madina Barker. “We have recently established an academy to train the next generation of robotic machining and advanced processing engineers, to drive productivity and jobs across the UK’s manufacturing base. Up-skilling the UK workforce has never been more important, to give manufacturing a competitive edge as we compete in an ever-global market and inspiring the next generation with a lifelong passion for automation.” AI (Artificial Intelligence) is more important than ever, as well, she observed.

Autodesk’s Future of British Manufacturing Initiative continued to gain traction throughout 2018. Conceived to assist UK design and manufacturing SMEs to adopt technology to make better products, sell more and generate greater profits, it has given Asif Moghal, Senior Industry Manager, at Autodesk, a unique perspective on the subject of skills.

“The nature of work is changing into a model where humans of differing generations and intelligent systems must collaborate as teams. Producing more highly specialised engineers makes us great at solving specific problems, but by not preparing workers for how these problems will rapidly change, we risk an even wider skills gap,” Asif explained. “Rather than training engineers to focus on certain technologies – such as robotics, additive and AI – we’ve found placing student experts into SMEs with soft skills such as driving mindset change, being adaptable, and researching new technologies yields better results. Looking for engineers with traditional skills who can solve today’s immediate problems is important; but the larger opportunity lies with people who can create the businesses of tomorrow. That’s what being an engineer of the future will mean, and why we call these students digital catalysts. Our experience placing them indicates that perhaps there is no skills gap, but we are simply looking in the wrong place.”

As well as collaborating with other manufacturers, academic establishments and government bodies, social media has a huge part to play in getting the message across, directly to the next generation of manufacturers and engineers, but also to their parents and teachers, especially at a time when the sector is competing with other high-technology industries for talent.
Everything must be done by local and national government to facilitate, incentivise and promote this industry-led approach if the UK’s manufacturing sector is to truly realise its enormous potential.