Welcome to the UK Manufacturing Review 2019/20 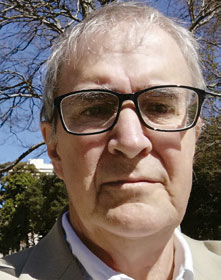 It has been quite a momentous year for the world at large, and the UK in particular.

The biggest enemy of investment and confidence is uncertainty, which is something this country has suffered from in spades.

I have been writing about manufacturing in one way or another for over 30 years and I have learned that manufacturers in the UK, especially the SMEs in the supply chain, are incredibly resilient. However bad the situation may be, they can adapt to it and overcome it. So long as we have a relatively clear idea of the way forward.

The past three years of navel-gazing self-indulgence by the political classes has been a severe hindrance to Britain’s manufacturing base and its companies, of whatever size. Whatever one feels about the outcome of December’s General Election, at least we have a Government with a majority big enough and stable enough to get its business through Parliament.

We have seen economic growth generally slow down to sluggishness and the manufacturing sector went backwards in the back end of 2019 but not everything has been down to Brexit introspection and infighting. If that were so then the UK would have been a clear laggard when, in fact, it has outperformed many other countries, including near neighbours.

The global situation has been affected by the re-emergence of punitive tariffs as part of the arguments between China and the USA, the two largest economies in the world. Germany and France have teetered on the brink of recession. Italy – great place for holidays, let’s not talk about sovereign debt.

Through it all the UK has emerged better than most. We are not out of the woods but the economy has grown and we have seen investment in new factories, technologies and automation that are putting ambitious companies in nearly all sectors in good shape for the decade to come.

In Aerospace the civil sector has record orders. The luxury and leisure end of Marine has had a record year. In Food & Drink, the biggest manufacturing sector, the big story has been the switch to vegan and non-meat products. How long is it since vegetarianism was regarded as very much a minority pursuit?

Institutions and organisations like the Catapults; initiatives like the Faraday Challenge and public investment into UKRI are all positives in pushing forward. Sharing in Growth is helping SME suppliers up their game.

We are delighted to have a 10-page feature on the Future of British Manufacturing Initiative, supported by Autodesk, which highlights and encourages drives to digitisation. A new section – Trailblazers – profiles innovative companies that are building on their expertise and taking the risk to try something new.

Preparing this year’s UKMR, the 5th edition, has been quite hard labour, but one of love. I am pleased to publicly offer my thanks, and those of publisher Will Stirling, to everyone who helped produce the book – our sponsors, advertisers, contributors, designers and support staff. There’s plenty to read – we hope you enjoy it!